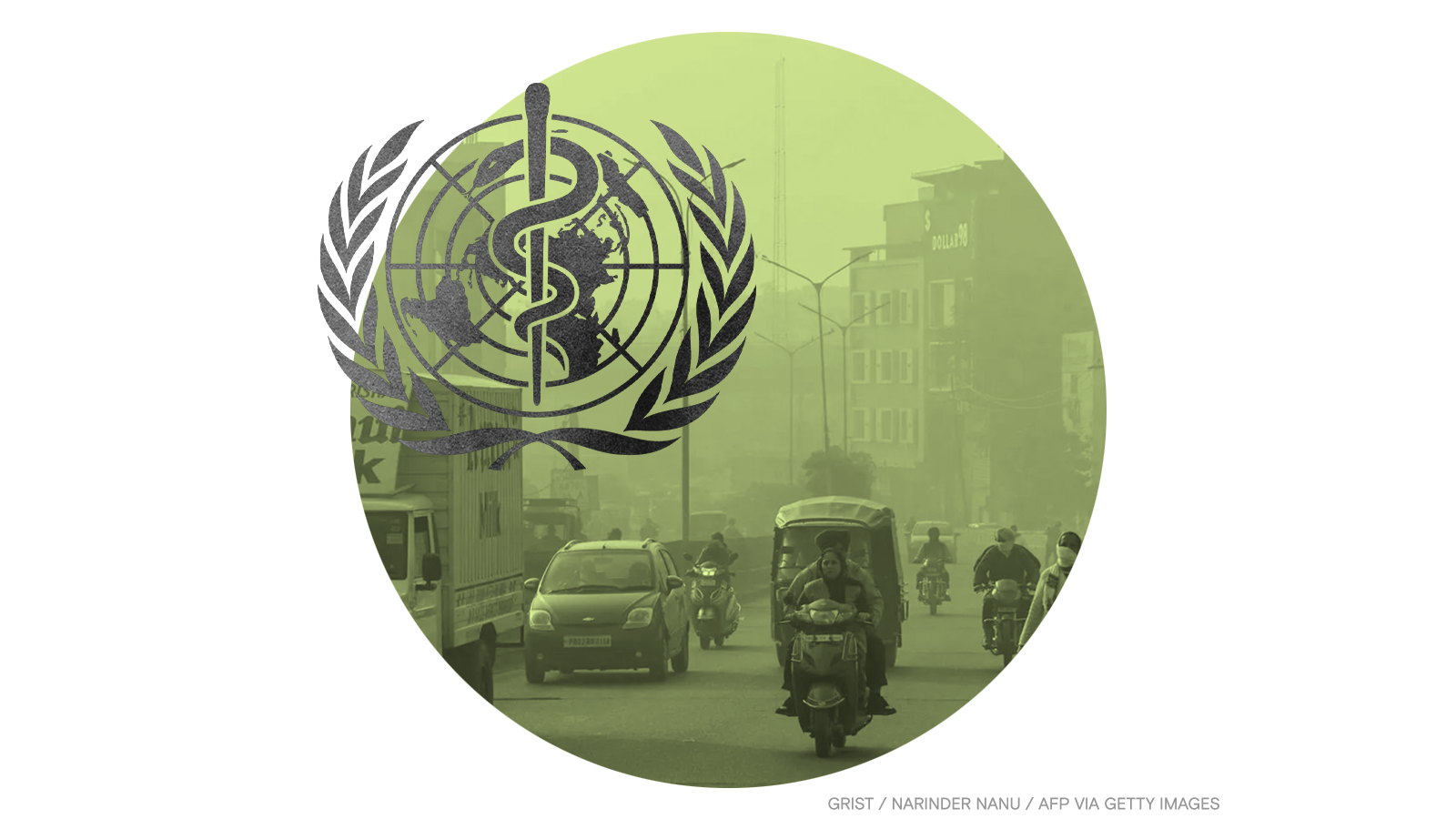 On Wednesday, the World Health Organization, or WHO, published an update to its air quality guidelines — the international rubric that sets non-binding standards for safe levels of air pollution for the world’s countries. The update, which is the organization’s first since 2005, says that air pollution, alongside climate change, is one of the biggest environmental threats to human health. It sets higher standards for almost every pollutant the organization monitors. Adhering to these new guidelines, the WHO said, “could save millions of lives.”

In the 16 years since the WHO last updated its air quality guidelines, evidence of the harms of indoor and outdoor pollutants has only grown. The new report notes that exposure to air pollutants causes 7 million premature deaths each year.

The guidelines set new levels for four pollutants: tightening the safe air quality standards for nitrogen dioxide and two types of particulate matter — PM2.5 and PM10 — but loosening the standard for sulfur dioxide. They also created new standards for peak season ozone and carbon monoxide — neither of which had been included in the WHO’s 2005 guidelines.

Ken Lee, a research associate at the University of Chicago and a coauthor of a report on PM2.5 and life expectancy, lauded the WHO for its stricter guidelines. Reducing the threshold for PM2.5 “has pretty major implications,” Lee said. “The health benefits of meeting that more stringent guideline are even greater.”

For three years, people living in Benton Harbor, Michigan, have been exposed to dangerous levels of lead in their drinking water. City and state officials have been aware of the issue since 2018, yet residents today are still drinking the toxic water. Twenty environmental and advocacy groups submitted a petition to the Environmental Protection Agency earlier this month demanding action.

Extreme drought conditions in 2020 and 2021 across the Southwest were made much worse by extreme heat fueled by climate change, according to a new report published by the National Oceanic and Atmospheric Administration. Economic losses caused by the drought will likely amount to tens of billions of dollars, the report projects.

Climate change is causing a migration crisis in Guatemala, where one-fifth of the population faces dangerously high levels of food insecurity. Years of punishing drought followed by unrelenting storms and hurricanes have destroyed agricultural land in Guatemala, leaving residents with few options. Drought conditions in Central America are only projected to worsen through the end of the century, likely to fuel an even bigger climate migration crisis.