It’s Friday, November 1, and what’s good for you is good for the planet. 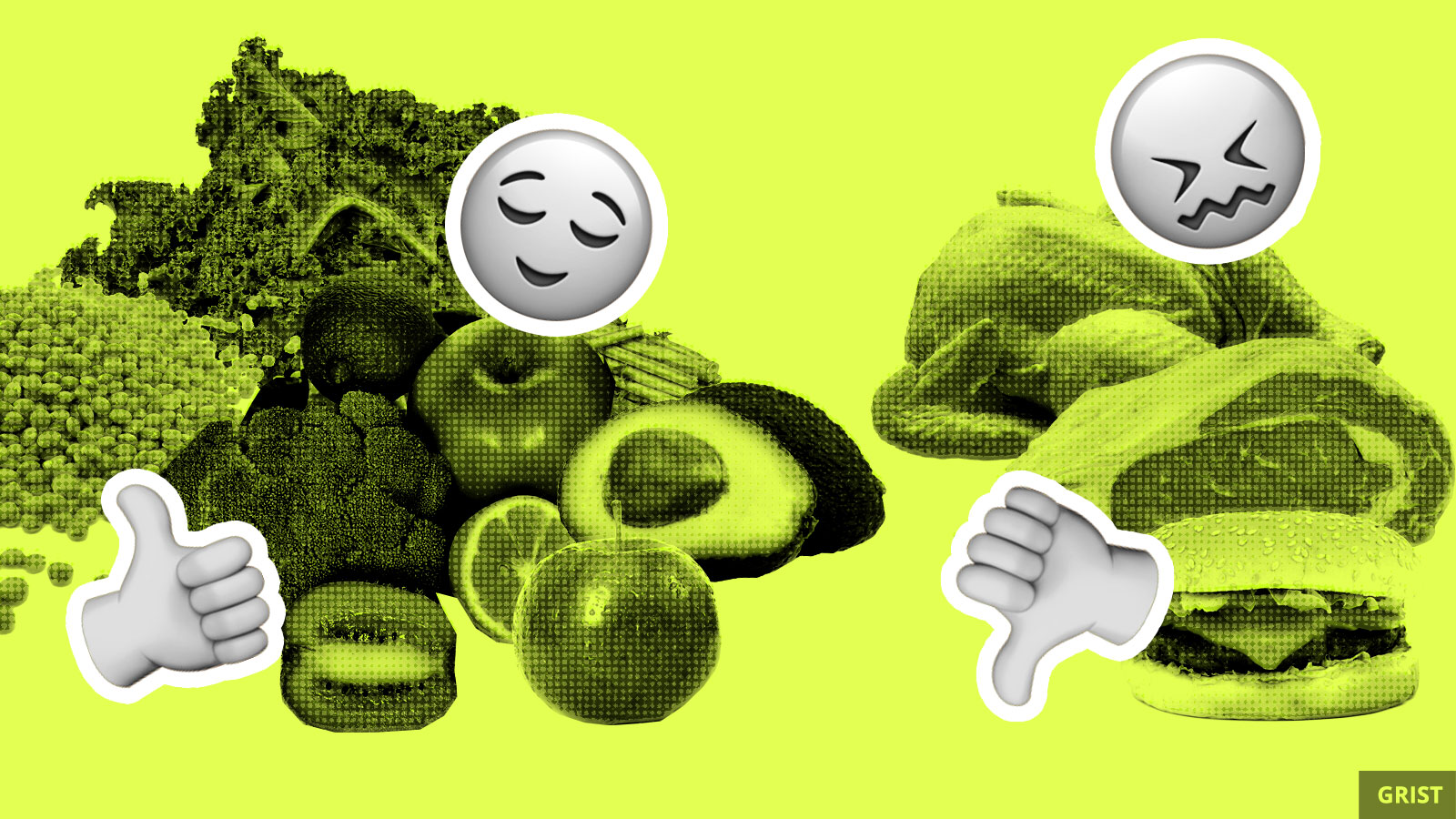 Need another reason to eat healthy? A new study in the Proceedings of the National Academy of Sciences shows that the earth, just like you, usually benefits from a healthy diet. By looking at the health and environmental impacts of 15 foods typically found in Western diets, the researchers confirmed what most of us already know: Beans, vegetables, fruit, and whole grains are both good for the body and good for the planet. Red meat and processed meat, meanwhile, are bad for both.

If you were moderating your red meat intake long before Michael Pollan’s The Omnivore’s Dilemma hit bookstores, this might sound like old news. But this is the first study that looked at the impact of Western diets on health and the environment in this much detail.

One of its more interesting findings is that the farming techniques behind a given food and where it was grown make less of a difference than swapping meat for plants. Yes, it’s all well and good to buy local, free-range beef, but it’s still more effective to choose beans instead of meat.

The authors of the study came up with a chart that shows you exactly where your food staples fall in terms of health and environmental impact. They’re also working on developing smarter food labels to see if consumers change their behavior after being shown what the contents of their shopping carts mean for the planet.

The Keystone Pipeline leaked about 383,000 gallons of crude oil in North Dakota this week, covering approximately half an acre of wetland. President Trump approved a controversial addition to the pipeline, which has been the subject of decades-long environmental protests for years, in March.

A new swath of wildfires were the real Halloween scare in Southern California, forcing 1,300 residents to evacuate their homes. The fierce Santa Ana winds that helped spread the fires are beginning to subside, but red-flag warnings remain in place through Friday.

If greenhouse gas emissions continue to soar, about 1.5 million additional people in India could die climate-related deaths each year by 2100, according to a new study. The number of days with temperatures above 95 degrees F is expected to increase eightfold across the country by the end of this century if emissions don’t slow down.

We’re not winding you up