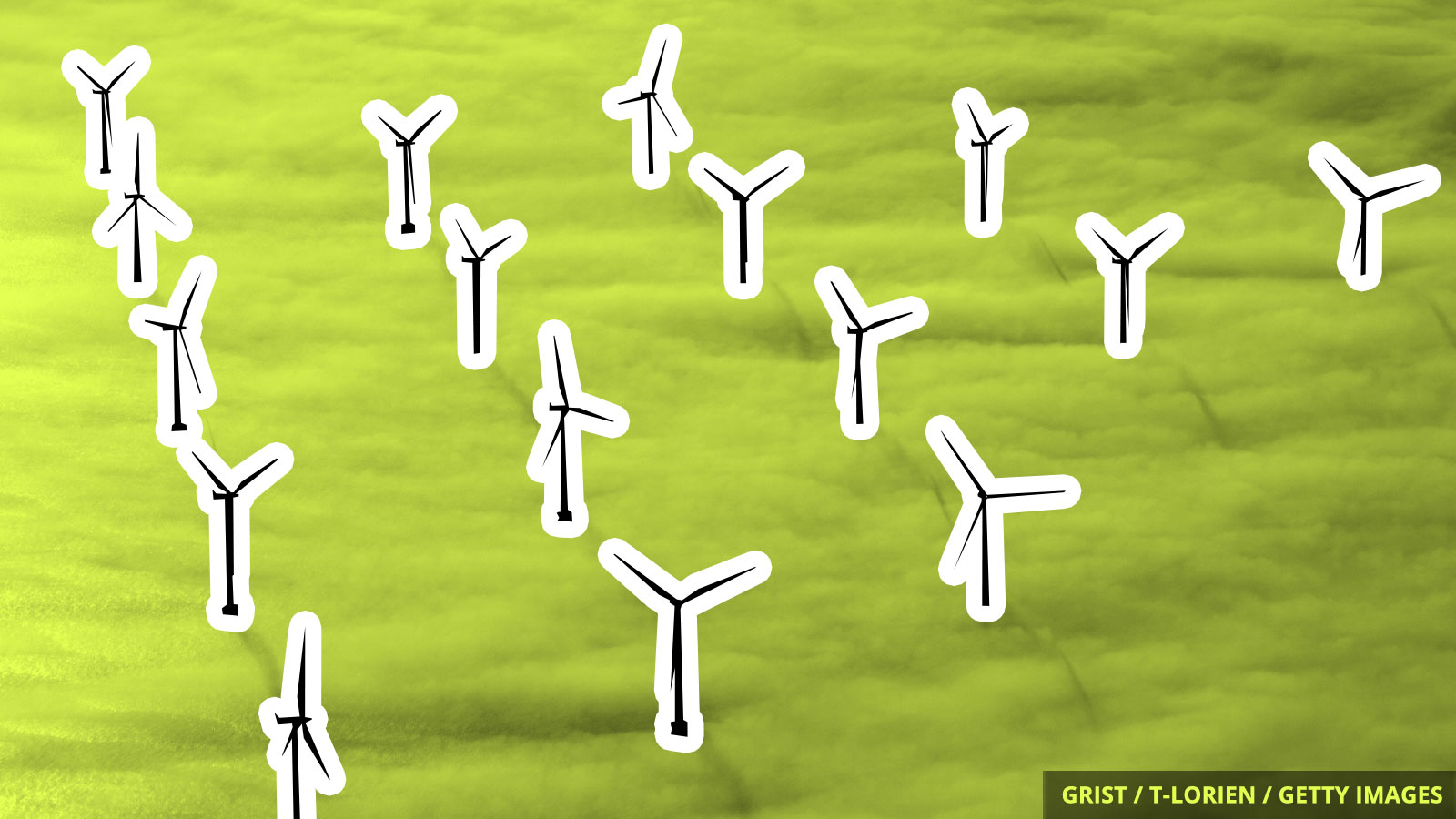 One of the best ways to get a sense of the state of renewable energy is to take a look at the World Energy Outlook, a report published annually by the International Energy Agency. Although this year’s edition doesn’t come out until mid-November, the agency has been issuing sneak peeks filled with promising news.

The IEA expects renewable energy to grow by 1,200 gigawatts in the next five years, which matches the current total electricity generation capacity in the U.S. Solar panels account for most of that predicted growth, but it turns out that there’s staggering potential for offshore wind energy, too.

Right now offshore wind farms make up only 0.3 percent of the world’s power. That’s in part because wind farms close to the shore have proven to be a tough sell to the public.

But what if we could put them further out? The development of new floating turbines for “deepwater” wind farms would allow us to harness wind resources that could power the world 11 times over.

The IEA’s executive director, Fatih Birol, said in a statement that she sees an offshore wind revolution on the horizon, one that compares to the shale revolution or the rapid growth of solar power. It could even become the No. 1 source of energy in Europe by 2040. Get ready to be blown away.

The U.N. is scrambling to find a new venue for the COP25 global climate conference, which was scheduled to be held in December in Santiago, Chile. President Sebastián Piñera of Chile announced Wednesday that the country would not be able to host the event as a result of large protests over economic inequality that have led to the deaths of more than a dozen people.

ExxonMobil’s former CEO and ex-secretary of state Rex Tillerson appeared in court Wednesday to deny that the oil giant misled government regulators and the public about the potential impacts of burning fossil fuels on the climate. Tillerson’s testimony is part of a civil suit brought by the state of New York against Exxon.

The EPA is expected to ease regulations restricting pollution from coal-fired power plants, according to the New York Times. The Obama-era regulations limiting emissions of arsenic, lead, and mercury will reportedly be replaced with a new, weaker rule that exempts more companies from emissions restrictions altogether.

Seattle: an event for you this sunday

For some of us, the scale of climate change can be almost too much to grasp. What does it mean to lose the world as we know it? How are we — as individuals  — supposed to make a difference when the problem requires global action? Whom and what are we even allowed to grieve? In reflecting on the future, it’s easy to feel stuck, anxious, or powerless.

Is that you? Have you been experiencing climate grief, eco-anxiety, or environmental melancholia? This Sunday, November 3, join Grist’s Clayton Aldern and the University of Washington’s Dr. Jennifer Atkinson for The Weight of Nature: A workshop on climate change and mental health at the Seattle Public Library. It’s free! RVSP here.