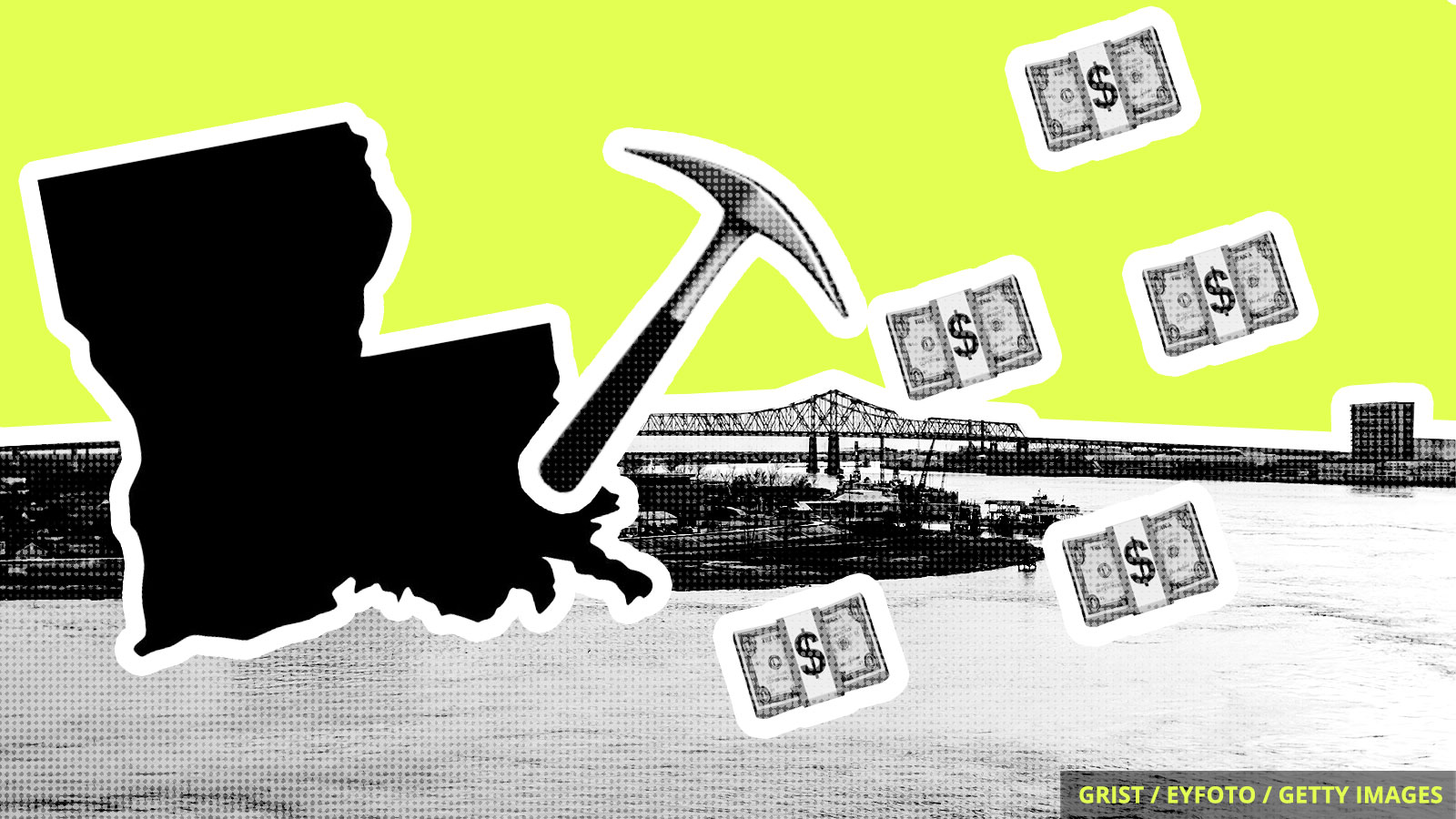 Should fossil fuel companies have to pay for the environmental damage their activities incur? In Louisiana, that question is being put to the test.

The state’s coastline is vanishing into the Gulf of Mexico, losing a football field of wetlands every hour. Part of the reason has to do with damage from oil and gas drilling. This week, 12 Louisiana parishes struck a tentative, landmark legal deal with mining company Freeport-McMoRan that will help repair some of that damage. According to the plaintiffs, the company failed to follow state law when it drilled its wells, built canals, disposed of waste, and engaged in other mining-related activities.

Freeport-McMoRan will have to pay $100 million to restore Louisiana’s coastline. Yes, that seems like a lot. But never fear, this is still the business-friendly U.S.A. — the company can regain some of those financial losses in the form of environmental credits.

The deal is significant because Freeport-McMoRan isn’t the only company on the hook for coastal damage. It’s just one of 98 companies that have been sued for their role in the problem, the New York Times reports. This week’s settlement opens the door for similar deals, something the likes of Chevron, Exxon Mobil, BP, Shell, and ConocoPhillips are exceedingly nervous about. In a statement to the Times, a spokesperson for those companies said the problem of protecting Louisiana’s coast “will not be resolved in a courtroom.”

But the lawyer representing most of the parishes in this week’s agreement seemed confident that other companies will come to the table. “This is definitely a starting point, and I think they all understand that the ones that come first get the better deals,” he told the Times.

Hurricane Lorenzo has developed into a Category 4 hurricane further east than any other Atlantic hurricane on record. Lorenzo is not an immediate threat to land, but it is forecast to brush the Azores next week.

Banks and mortgage lenders are strategically offloading risks onto taxpayers in an effort to protect themselves from the threat of the climate crisis, according to a new study. Researchers found that lenders have been shifting more mortgages to the government-backed enterprises Fannie Mae and Freddie Mac after hurricanes.

Scotland has its climate goals on loch