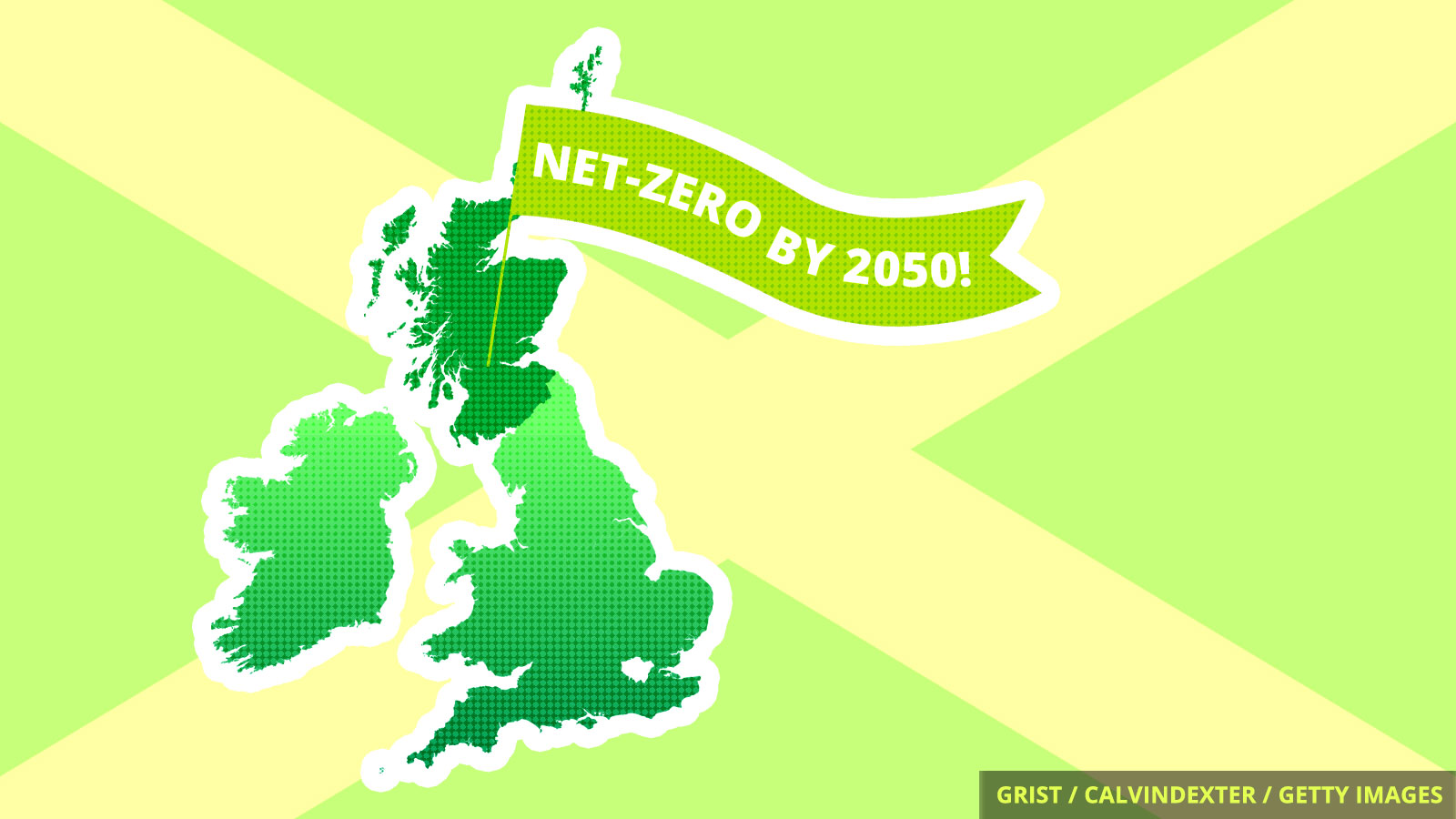 Yesterday, the Scottish parliament passed some of the most ambitious climate legislation on the books anywhere in the world. The bill sets a target of cutting carbon emissions 75 percent below 1990 levels by 2030. It initially called for a 70 percent reduction in emissions, but became bolder thanks to a campaign by the Labour and Liberal Democrat parties. (Last week’s climate strikes probably didn’t hurt, either.)

The new law also sets a legally binding commitment to carbon neutrality by 2045. The “legally binding” part means the government is required to offset emissions it fails to eliminate with carbon reduction measures like tree planting or carbon capture and storage.

All six members of Scotland’s Green Party abstained from the vote after an unsuccessful effort to raise the 2030 target to 80 percent, saying the measure does not go far enough. “Time is running out and while the targets in this bill are eye-catching, they’re not backed by anything that suggests the status quo is really being challenged,” a party spokesperson told The Scotsman. The remaining 113 members of the Scottish parliament voted for the bill unanimously.

While much still depends on the actions taken to meet these new commitments, Scotland’s new target date for net-zero emissions puts it five years ahead of the U.K. as a whole — and Britain already has one of the strongest targets of the 60 relatively smaller nations that have committed to net-zero emissions by mid-century.

A fast-melting glacier on Mont Blanc in the Italian Alps is in danger of collapsing. With unusually high temperatures since August, the glacier has been moving close to 20 inches per day, and scientists say a large crevasse is expanding rapidly. The mayor of the nearby town of Courmayeur has closed a portion of the town to residents and hikers.

The Trump administration is continuing to undermine federal environmentally-focused staff, this time by forcing environmental reviewers at the Interior Department to move west from Washington, D.C. Six of the 12 members of the Bureau of Land Management’s national review team are being sent to Alaska, California, Colorado, New Mexico, Montana, and Utah. Some are expected to quit.

Extreme flooding exacerbated by climate change threatens historic African American sites in the South. Racial disparities in preservation resources can mean money is tight, so locals living near these sites are taking maintenance into their own hands, according to Southerly.