At this hyper-green eatery, climate change will be the main course 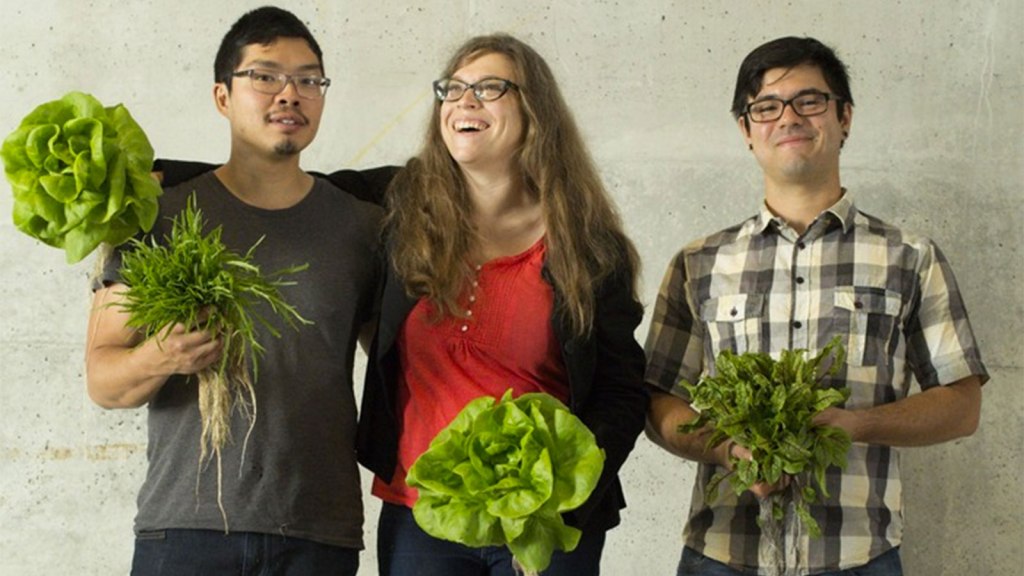 At this hyper-green eatery, climate change will be the main course

The Perennial, a new eatery slated to open in San Francisco’s Mid-Market neighborhood in February of  2015, will feature a Kickstarter-funded aquaponic greenhouse and — wait, stay with me! I know, there are a lot of sustainable restaurants in San Fran — and all over the 50 states, for that matter — that grow their own organic produce. With so many doing the same ol’ same ol’, our eyes aren’t lighting up like they used to when we see “farm-to-table” in the restaurant reviews section.

But the Perennial, which Eater SF calls “mega-sustainable,” will be no ordinary organic diner. The restaurant’s co-founders, Karen Leibowitz and her husband Anthony Myint, along with chef Chris Kiyuna, are taking eco-friendly eating to a new level by using their edibles to get us talking about how the current food system affects climate change. Here’s more from Civil Eats:

Leibowitz says she and Myint were inspired to focus on the topic after hearing that greenhouse gas emissions from the farms and fisheries could increase by 30 percent by 2050.

The Perennial will rake in as much as 75 pounds of vegetables every week from the greenhouse, while using only one-tenth of the water slurped up by a conventional, soil-based farm. What’s more, these super green restauranteurs are cutting back on carbon emissions with their in-house fish-feeding system. (In aquaponic systems, fish produce the, er, fertilizer, for the plants.)

The system … relies on red worms and black soldier flies, who eat the compost, and whose larvae will be dehydrated and incorporated into the fish feed. “Producing our feed in-house will be a huge step,” says Kaufman. “Almost 90 percent of the carbon emissions associated with commercial aquaculture are attributed to the manufacturing of feed.”

When the doors to the Perennial open, Leibowitz and Myint will lead tours of the aquaponics system to teach patrons about urban agriculture. It’s clear that these people care about food and where it comes from — and they’ll stop at nothing to make you care, too. As Leibowitz told Civil Eats, “We want to make diners participants, not just consumers.”

Just a hunch, but I’m guessing this is not going to be the kind of place you want to hit up if you want to grab a salad and go. You’ll learn every step it took to get that arugula on your plate, yes you will. Just try not to think about the fact that it grew in fish poo.