BP convicted of gross negligence in Deepwater Horizon spill, really salty about it 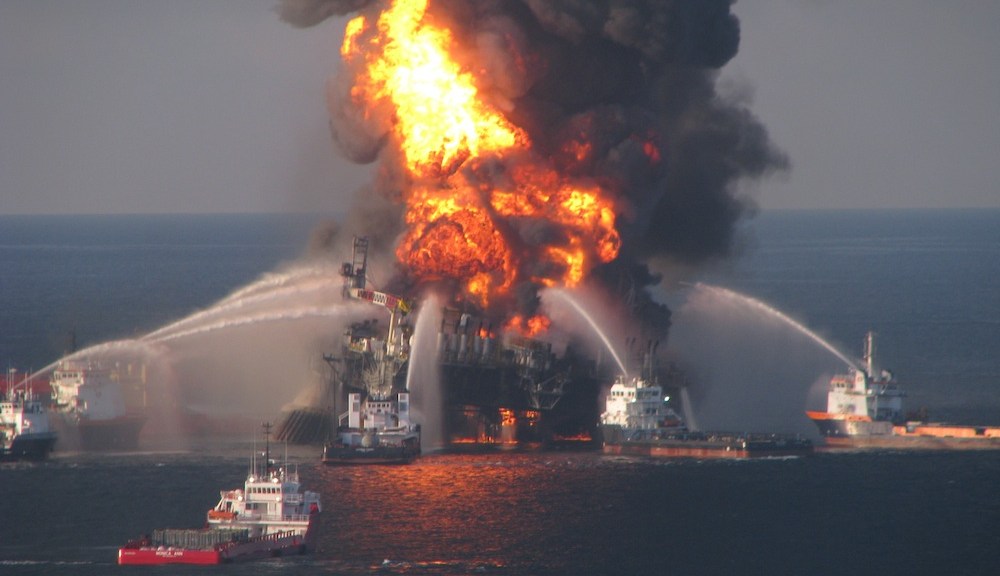 BP convicted of gross negligence in Deepwater Horizon spill, really salty about it

Today, U.S. District Judge Carl Barbier of the New Orleans federal court issued a ruling finding BP guilty of gross negligence in the Deepwater Horizon disaster of 2010. Halliburton and Transocean, companies also involved in operating the rig, received lesser smackdowns in the same ruling. BP, of course, will be appealing the decision, because why not drag these legal proceedings out for a few more years!

The ruling has coincidentally come about at the same time as the Society of Environmental Journalists conference — also taking place in New Orleans — where Geoff Morrell, BP’s vice president of U.S. communications, had a lot of crybaby-ish things to say about the media’s handling of BP’s behavior in the aftermath of the crisis.

In that regard, we imagine* that the handing down of this decision may have gone a little like this:

Judge Carl Barbier: So listen … four years ago, y’all fucked up. Big time. You know this!

CB: What — ? That’s really not my job. Do you know how the U.S. judicial system works? I’m the judge, you morons — I don’t have to prove shit. But just to review: your Deepwater Horizon rig spilled over 200 million gallons of oil, contaminated 650 miles of coastline and 87,000 square miles of the Gulf, and killed 11 people. Not to mention, you impacted the livelihoods of 20 million people in the United States alone.

Halliburton and Transocean, in unison: Okay, fair, but really not our fault.

CB: I’ll get to you bozos in a minute. Anyway, BP, I’m aware this isn’t your first federal court rodeo. You’ve already pleaded guilty to no fewer than 14 federal charges, including 11 for manslaughter, and also one for deliberately lying about the size of the oil spill. And now we’ve spent the past few months hearing — in detail — how your enormous screw-up­ has been detrimental to the environment, food system, and economy of the Gulf region. Do you have anything to say for yourself?

BP: Thank you for asking. We’ve set aside $46 billion to cover all of the cleanup, legal fees, and penalties that we may or may not be responsible for. That’s a lot of money! It should be more than enough.

CB: It will definitely not be even close to enough, but that’s on you. On that note, I find you guilty of reckless conduct and gross negligence in setting off the Deepwater Horizon disaster, for which you are hereby levied a penalty of $18 billion.

HB: DO YOU WANT SOME ICE FOR THAT BUUUURRRRRNNNNNN??!!

TO: HEY BP CAN YOU LOAN ME A COUPLE BIL?? OH WAIT JUST KIDDING YOU BROKE AS F —

BP: Are you kidding me with that number? I am prepared to offer you exactly $3.5 billion.

CB: Does this look like a goddamn Moroccan marketplace to you, BP? Are you seriously haggling with me right now?

HB and TO: Take that penalty and take a seat!

BP: You both need to shut up.

CB: I’m going to have to break character and agree with BP on this one. Transocean and Halliburton, I find you each guilty of negligent conduct.

CB: … and you don’t have to pay anything. God damn it.

HB: Already took care of it. (High-fives TO.)

CB: I really do just hate all of you, for the record.

*In case you couldn’t tell (!), this exchange is fictional.