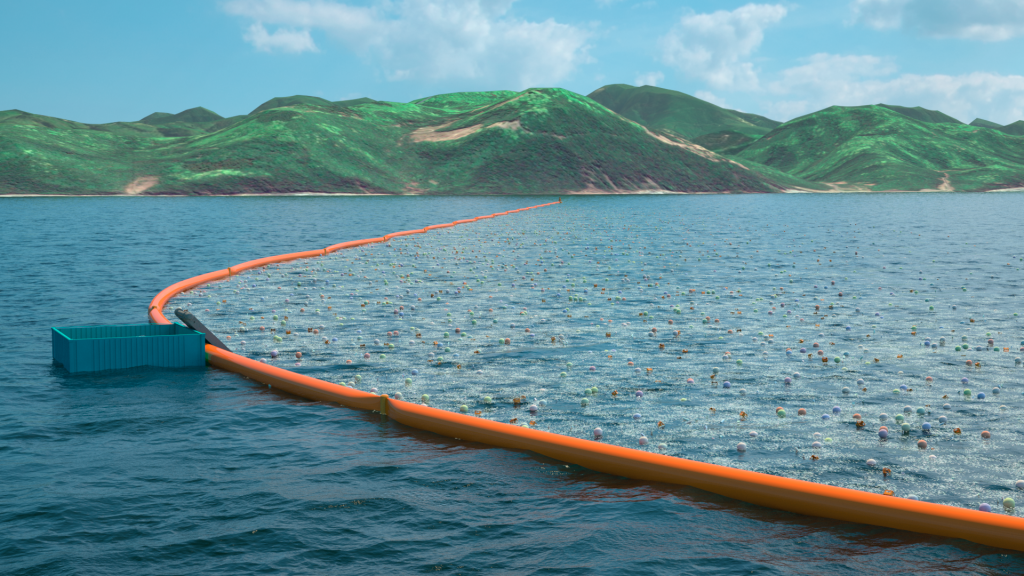 Don’t know if you’ve heard, but the Netherlands has an unstoppable deluge of unusual (and kinda amazing) green ideas, infrastructure, and, apparently, youths. Boyan Slat, boy inventor, has been working on a plan to clean up plastic waste in the ocean since 2012. His invention underwent a year-long feasibility study with a team of scientists and engineers. And now, the project is moving forward with a two-year trial off the waters of Japan in 2016.

A boy genius teaming up with a hundred researchers to help save the ocean? I sense a new Disney movie in the making, people! Slat’s idea, The Ocean Cleanup Array, consists of solar-powered spinning booms that act as a floating barrier and use the ocean’s currents to concentrate plastic. The trial version will be 2,000 meters (1.2 miles) long.

The 20-year-old said in a press release that if the project is successful, The Ocean Cleanup would soon begin a series of other deployments. Al Jazeera reports:

Within five years, the organization aims to deploy a 62-mile-long array that will be capable of capturing about half of the trash in the Great Pacific Garbage Patch, Slat said. According to a feasibility study conducted by the team of 100 scientists and engineers working with Slat, the giant array will be able to do that over 10 years.

There’s a lot of hype surrounding this big-thinking kid’s project, but there are reasons to be wary. For one thing, the best way to prevent plastic in the ocean is intercepting plastic before it hits water, as shit gets complicated fast. Case in point: The contraption likely won’t be able to clean up microplastics (broken-down pieces of garbage and microbeads) which are a major source of pollution and interfere with marine life ecosystems. Speaking of ecosystems, the stationary machine could destroy plankton, an effect The Ocean Cleanup claims would be short-lived under the worst-case scenario. The group also says not to worry about those other ocean animals: “Because no nets are used, entanglement of fish and mammals is virtually impossible.”

The array will also release a sizable amount of carbon (equivalent to several hundred cars), but, reads the company’s website, it’s a “negligible amount compared to the potential alternatives.”

In the chance that The Ocean Cleanup Array works flawlessly, we’d have Slat to thank for a gigantic ocean cleanup. Here’s hoping you don’t pull an Ice Town, kid.