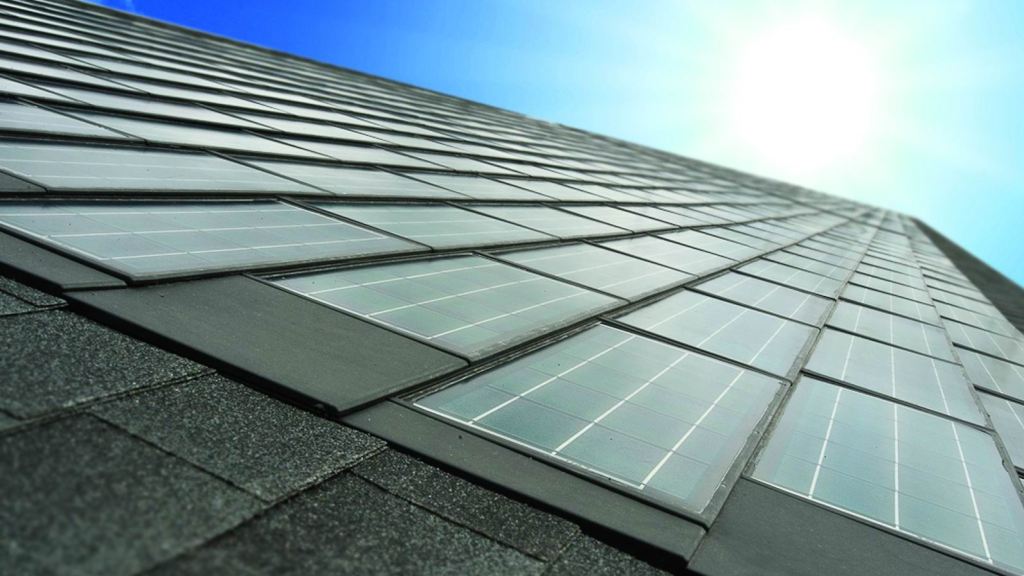 Now that Tesla’s buyout of Solar City is looking like a done deal, the man who turned boring electric cars into sexy hot rods wants to shake up the staid world of roofing. Tesla’s CEO Elon Musk has a vision of a new kind of roof made of solar panels, and he wants to sell it you.

“It’s not something on the roof — it is the roof,” Musk told a group of Wall Street analysts during a call last week to discuss quarterly earnings. “Which is a quite difficult engineering challenge and not something that is available anywhere else.”

The fact is, solar roofs have been around for more than a decade. Witness this news report, from three years ago:

But it’s true that they remain an engineering challenge because no one has been able to design photovoltaic construction materials that are a) cheaper than installing a roof and putting solar panels on it and b) more efficient at generating electricity than regular old solar panels. Part of the problem is that roofs and solar panels don’t share the same goals. A roof is designed to keep rain or snow from sneaking into your house and rotting it. A solar panel is designed to capture as much sunlight as possible.

Tesla’s new solar roof is just an announcement, not a product that you can actually buy yet. So this is kind of like Elon Musk just announced that he’s come up with a new kind of sandwich, and we’re all going to love it, and it’s called … a hamburger.

It may be that Tesla has an amazing burger (read, solar roof) in Solar City’s lab and one bite will erase the memory of all burgers before it. Until we know for sure, we are left to wonder: Why is Elon Musk so fired up to sell you a solar roof? Here are a few possible explanations.

A solar roof just looks sexier than solar panels do

Musk is the guy who almost singlehandedly turned the electric car into a lust object, overhauling the chariot of golfers and the environmentally guilt-ridden. So Musk could be just the guy to glam up the boring world of roofing. The same people who can drop $70,000 on a Tesla Model S instead of $29,860 on an electric Nissan Leaf may happily pay a premium for a solar setup that won’t disrupt the look of their fastidiously restored Eichler House.

Musk describes the ideal solar roof customer as someone who wants to replace an aging roof and install solar panels at the same time. It seems illogical to build a roof made of solar panels, on the grounds that panels might stop working long before the roof does. But Solar City claims that its solar panels could last 30 years, with some drop in productivity during that time. Most solar panels have 25-year warranties. That’s around the average lifespan of a regular roof, though your mileage varies depending on your climate.

A major producer of solar roofing just got out of the business.

Back in June, Dow Chemical announced that it would stop manufacturing its line of solar shingles as part of an upcoming merger with the chemical giant Dupont. Dow shipped its last order of shingles on Aug. 10. Even if Dow got out of the solar-roofing business because there wasn’t enough money in it, the company’s abrupt exit leaves behind former customers that could be courted.

Whenever Elon Musk gets stressed out, he promises new stuff.

There is turmoil in Tesla-land — the company has had trouble meeting production deadlines, and it lost more money than expected so far this year. SolarCity’s stock has lost more than half its value since the beginning of this year, while Tesla’s has bounced around erratically. Buying Solar City almost doubles Tesla’s debt.

Faced with numbers this depressing, who wouldn’t cast about for exciting things to promise. In the last month, Musk has been doing this at a fairly steady clip — promising cars so autonomous that they will earn money for you when you aren’t around, tiny buses that can be summoned at the push of a button, and electric semi-trucks, all to be rolled out sometime in the future. Let us not forget the Hyperloop and the vegetarians-only Mars colony. Compared to all of that, a solar roof sounds almost … sensible.