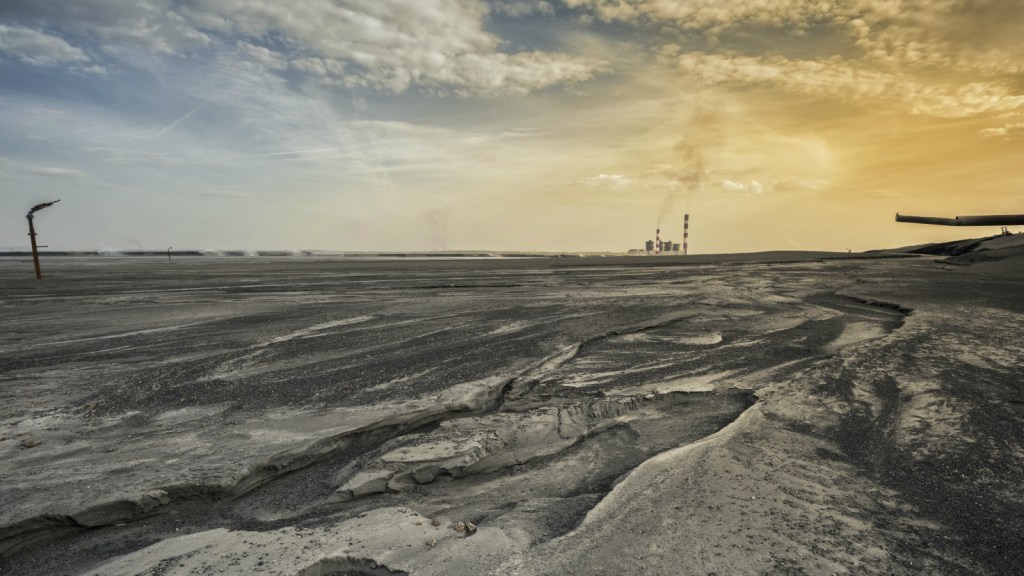 Megan Davies, North Carolina’s chief epidemiologist, resigned this week in the latest bit of drama over drinking water safety — drama that involves the state’s biggest utility and the administration of Republican Gov. Pat McCrory. Davies, who accused state officials of deliberately misleading residents, gives up her post of seven years and an $188,000 annual salary.

The story begins in 2014, when a Duke Energy power plant spilled 40,000 tons of toxic coal ash and 27 million gallons of wastewater into the Dan River. The ash is a byproduct of burning coal, and it’s harmful to people and ecosystems, containing silica, mercury, cadmium, and arsenic.

In the aftermath of the spill, public concern grew over Duke’s 32 coal ash storage sites around the state. Many of them were revealed to be unprotected, sitting in unlined basins — just heaps of coal ash in giant pits, leaching toxic elements and a carcinogen called hexavalent chromium into the water table.

Soon after, hundreds of households near the storage sites were told by state officials not to drink from their wells due to concerns over water quality. In April 2015, Duke Energy began providing bottled water to those homes.

The do-not-drink order, however, didn’t last. A year after warning residents that their well water wasn’t safe, representatives from the state’s Department of Environmental Quality and the Department of Health and Human Services changed their minds, writing to the impacted households that their water was actually fine.

Testing, however, showed that well water near the coal ash sites still had levels of hexavalent chromium higher than in the municipal water supply. And Duke Energy, it turned out, had lobbied the state to reverse the do-not-drink order, even though nothing about most of the storage sites had changed. There were still unlined coal ash sites dotting the state, and there were still toxins in the water.

The optics for the state government were bad. McCrory was an employee of Duke Energy for nearly 30 years before becoming governor, and several state employees disagreed with the decision to reverse the do-not-drink order. This included Ken Rudo, a toxicologist for the Department of Health and Human Services, who believed that it was Duke’s connection to the government that led to the reversal of the order. Emails from within the department show that Rudo pushed back against DHHS’s decision and removed his name from the letter telling residents that their water was safe.

This information came to light when the Associated Press obtained a copy of a deposition Rudo gave in July as part of a lawsuit filed against Duke by the Sierra Club and other conservation groups. Duke tried, unsuccessfully, to seal the documents, but in court Rudo accused his boss — state public health director Randall Williams — of lying to the public.

“The state health director’s job is to protect public health,” said Rudo. “And in this specific instance, the opposite occurred. He knowingly told people that their water was safe when we knew it wasn’t.”

When the story came out, Williams and Department of Environmental Quality representative Tom Reeder responded by publishing an open letter portraying Rudo as a rogue scientist who doesn’t understand water toxicology.

Rudo, however, was not alone in criticizing the state. After Williams and Reeder’s public takedown of Rudo, Davies, the state’s top epidemiologist, resigned in protest.

“The editorial signed by Randall Williams and Tom Reeder presents a false narrative of a lone scientist in acting independently to set health screening levels and make water use recommendations to well owners,” Davies wrote in her resignation letter this week, adding that she had personally briefed the state on the well problem multiple times in 2015.

Davies wrote that resigning from her position is a huge loss, both professionally and personally. But, she continued, “I cannot work for a Department and an Administration that deliberately misleads the public.”

Meanwhile, the hundreds of families living near coal ash sites remain in limbo. The state says their water is fine, but levels of hexavalent chromium are still high, so residents are left to decide for themselves whether to drink the water or not. If they choose not to, Duke is still delivering bottled water every two weeks. But, according to a company spokesperson, it’s not because the water isn’t safe; they’re just being good neighbors.