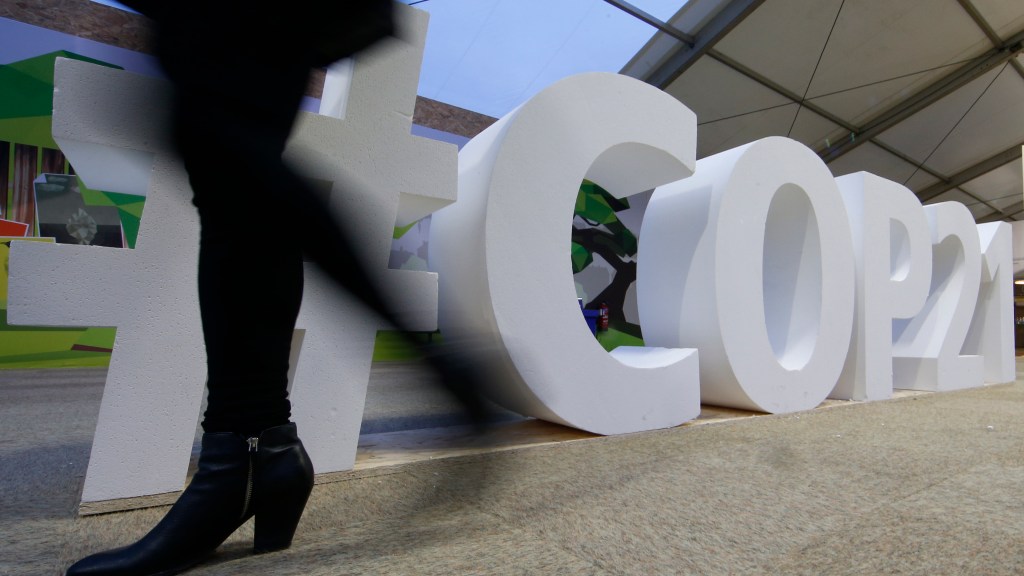 Midway into the two-week Paris climate conference, the official activity is, unsurprisingly, uninspiring. Dozens of countries have made promises, but pledges don’t add up to anything approaching what scientists say is necessary. Rich countries and poor countries are fighting over who will pay how much to shift the global energy system onto a lower-carbon path. The diplomats disagree even over the wonky but important question of how, in future years, countries will keep tabs on one another to determine who is sticking to the promises they made in Paris and who isn’t.

This fighting isn’t shocking, it isn’t depressing, and it certainly isn’t going to end by the time the conference ends in a week. Seriously confronting climate change would involve a reshuffling of the economic deck the likes of which the world hasn’t seen. It would create new winners and losers — among countries, among economic sectors, and among individual companies — and it’s not at all clear at this point who would fall into which camp. So it’s perfectly sensible that governments are clashing over the details. Indeed, any “agreement” the diplomats reach in Paris is all but certain to be so general as to do little to resolve these hairy economic questions. These are, after all, the same questions that have bedeviled international climate negotiations since these sorts of talks began more than two decades ago. And they aren’t going away now.

Something big, however, is happening at the Paris conference. It’s subtle, it’s unofficial, and it’s motivated by the basest self-interest. Yet it has more potential to significantly affect carbon emissions than anything likely to emerge from the official diplomatic talks. It’s a creeping and profound conclusion by global business that, like it or not, its bottom line is going to be affected by climate change — either by a warming planet itself or by the regulations that governments roll out to try to minimize it. This isn’t the change that most people are watching at the Paris talks. But, as I wrote in the New Republic’s current issue, it’s the change with the greatest potential to prove environmentally profound.

One obvious sign that big companies are using Paris as a platform to jostle for economic advantage in a warming world is that a handful of them have paid, Super-Bowl-style, to help sponsor the Paris conference. Among them: French energy companies EDF and ENGIE, French airline Air France, and French auto maker Renault-Nissan. Environmental activists have, naturellement, expressed outrage. “The government is offering a cheap and easy opportunity for multinational climate criminals to green-wash their image,” Maxime Combes, of the leftist activist group ATTAC France, told The Guardian, which also quoted conference officials sheepishly admitting that they needed the fossil-fuel companies’ money to help put on the show. It’s true, of course, that energy-intensive companies have an interest in shaping any climate regulations to minimize the effect on their profits. But it says something about how they’re viewing the issue that they care enough to lobby on it.

Far more significant are the actions of corporate players pushing in Paris for tougher climate action. They’re doing so on the theory that climate change itself — not just government action to thwart it — threatens to upend their business models.

The Financial Stability Board, a Swiss-based body that makes recommendations about the global financial system, announced on Friday that it is creating a new global task force that, in a year, will recommend a common set of principles it hopes businesses around the world will use to disclose to investors the risks they face from climate change. To be sure, these would be voluntary standards, and it’s unclear which companies would adopt them. But it’s likely that pressure to adopt them will mount. Two ideas underpin the board’s push. The first is that warming temperatures threaten all sorts of industries — most notably the financial sector, including insurers, for whom climate-related natural disasters could mean unpredictably large payouts. The second is that investors today can’t intelligently assess those risks because companies in their public financial filings aren’t reporting the risk in any uniform way.

“Access to high quality financial information will allow market participants and policymakers to understand and better manage those risks, which are likely to grow with time,” the board’s chair, Mark Carney, said in announcing the task force, which will be chaired by Michael Bloomberg. The move came after Carney, in September, delivered a speech at Lloyd’s of London in which he warned that climate change posed a serious risk to companies and that investors needed better ways to assess it.

Other moves in Paris point up shifts in private capital. Big insurers have been angling to boost insurance in Africa, the Caribbean region, and other parts of the world particularly threatened by climate change. The United States threw that effort a bonbon last week when it pledged $30 million in support. That government money is a pittance. But it’s a sign of a push gaining momentum among insurers, who are engaged because they smell, in climate change, a juicy new market.

None of these corporate moves is in itself revolutionary. Taken together, they’re evidence of an emerging shift in capital that could prove tectonic.