Ever heard of a self-healing building? Just wait 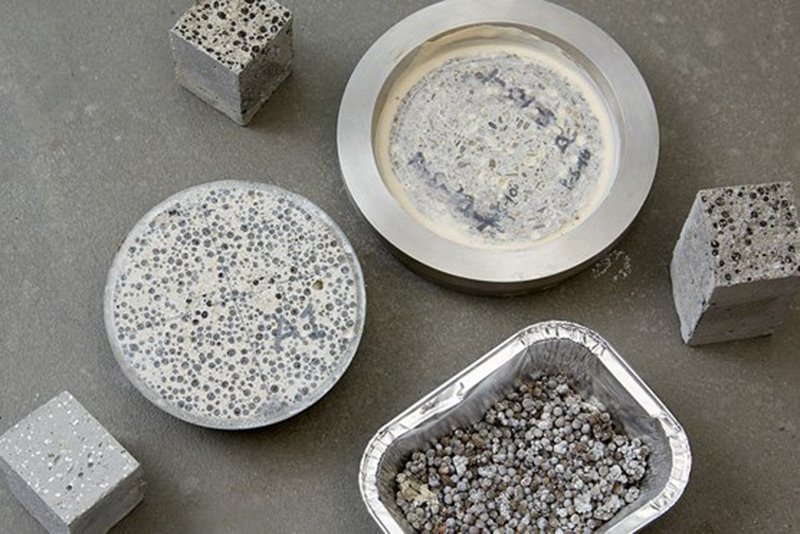 Delft University of Technology
CRACKS OUT

Ever heard of a self-healing building? Just wait

Some potentially good news for green architecture: Dutch scientists have designed a new type of concrete — and it sounds like something straight outta science fiction.

Henk Jonkers, a researcher at Delft University of Technology in the Netherlands, helped formulate a bio-concrete, a building material that seals architectural cracks with limestone-producing bacteria. Smithsonian Magazine breaks down the science:

In other words, think of the human body’s ability to fuse a broken bone back together. Unlike broken bones, however, buildings using the self-healing concrete (thankfully) wouldn’t require a fugly, hot-pink cast that people feel compelled to sign. The concrete heals itself. Phew!

Turns out, a building can develop cracks in the concrete as early as the construction phase. Here’s Smithsonian Mag with more:

This innovation could solve a longstanding problem with concrete, the world’s most common construction material. Concrete often develops micro-cracks during the construction process, explains Jonkers. These tiny cracks don’t immediately affect the building’s structural integrity, but they can lead to leakage problems. Leakage can eventually corrode the concrete’s steel reinforcements, which can ultimately cause a collapse. With the self-healing technology, cracks can be sealed immediately, staving off future leakage and pricey damage down the road.

According to Jonkers, the bacteria can lay dormant in the concrete for about 200 years and still become immediately activated with moisture.

Jonkers’s breakthrough is potentially good news for the carbon-spewing concrete industry. Some estimates say that as much as 10 percent of CO2 emissions worldwide can be chalked up to concrete production. In theory, Jonkers’s bio-concrete would help extend the life of concrete buildings, preventing larger-scale rebuilds. Like many new technologies, however, the bio-concrete is really damn expensive — between $33-44 per square meter. Because of this, it has been test-driven only on a small scale. But, according to Smithsonian, Jonkers is working on a cheaper, sugar-based alternative.

Now whether said sci-fi sounding concrete will come alive to heal the cracks in humanity remains to be seen. In the meantime, I say we take our chances with our potential bio-concrete overlords.