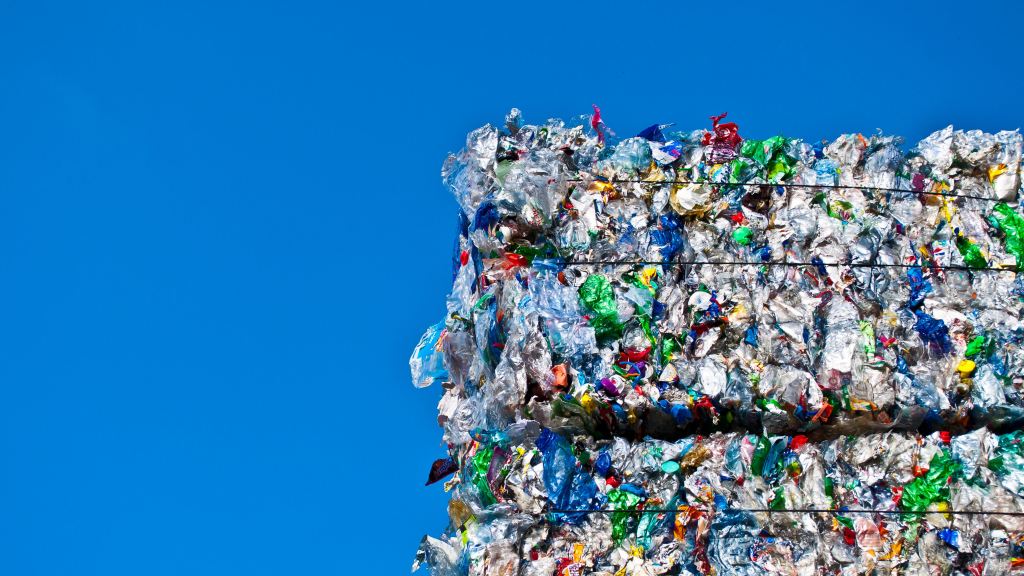 Plastic is a big problem, like, bigger-than-Texas big. Giant islands of plastic trash — one in the North Pacific Ocean is estimated by some to cover an area twice the size of the Lone Star State — are accumulating at sea, with some 9 million metric tons added to the oceans in 2015 alone. That’s a lot of sippy cups.

One possible way to mitigate the mind-boggling volume of waste: Make it valuable. Scientists envision a future where, instead of dumping more plastic trash into the sea, we convert it all into fuel. Chemists at UC Irvine recently devised a new method to break down polyethylene — the most common form of plastic — into its constituent elements, including diesel.

Existing methods of breaking down the material involve heating it to 700 degrees F, or using corrosive chemicals to do the job. The new process uses certain hydrocarbons and a metal catalyst to scramble plastic molecules into useful fuel compounds. Their process, report the scientists, is both less toxic and twice as energy efficient as alternatives.

Before you ask: No, the technology is not yet ready to go commercial. “The catalyst has to be 10,000 or even one million times more efficient than it is now, before it’s practical enough for real-world application,” says Zheng Huang, one of the study’s authors. His team is now working on improving these — honestly, not terrific — odds.

Moreover, the mission to hoover up all the plastic already in our oceans is quixotic, at best. And almost certainly not carbon neutral, with all the boats, nets, money, and manpower involved. The best thing to do, obvs, is to not use more plastic. Just stop.

In the meantime, however, people are thinking seriously about managing what is likely to be an ongoing deluge of plastic. New companies such as Agilyx and Vadxx are gearing up to use existing plastic-to-fuel technology to take on trash at a large scale. According to the Vadxx website, each facility will be able to transform 40 million pounds of plastic into 4 million gallons of fuel each year, with no hazardous byproducts and minimal emissions. That’s enough to fuel about 60,000 cars for an entire year.

Or — stretch goal — we could build a society with walkable cities and zero-waste economies. None of this would be a problem in the first place, and there’d be no need for trail-blazing plastic-to-fuel startups. Sorry, Vadxx.