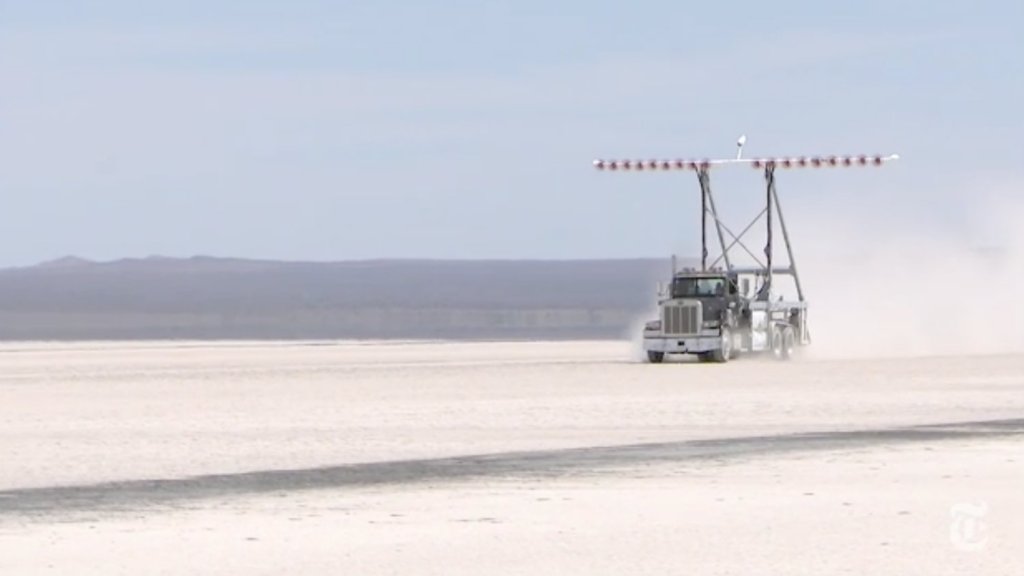 If you want to see the best and worst of humanity in one place, look no further than an airplane. Those giant metal flying machines are exemplars of human innovation — yet each one is full of ungrateful passengers, too busy freaking out every time someone accidentally invades their personal bubble to revel in the miracle of flight. As the comedian Louis C.K. put it: “Everybody on every plane should just constantly be going, ‘Oh my god! Wow!'”

That said, modern airplanes could use some serious upgrades. Emissions per seat-mile have already decreased by 70 percent since the ’60s, thanks to more efficient engines, lighter materials, increased use of biofuels, improved aerodynamics, and other small changes, The New York Times reports. But air travel still accounts for about 2 percent of global CO2 emissions per year. With the number of commercial airplanes expected to double over the next 15 years, those emissions are only going to grow.

That’s why we need to move beyond small upgrades toward more ambitious new airplane designs. Enter NASA’s “distributed propulsion system,” which replaces the large fossil fuel-burning jet engines under an airplane’s wings with a row of smaller electric motors:

According to the Times, the distributed propulsion design also happens make the plane — or in this case, enormous winged semi — more aerodynamic. OK, so the test vehicle happens to look like a Fury Road extra, but might someday lead to radically different, better airplanes.

For now, battery technology isn’t advanced enough to make a full all-electric airplane, but researchers say that a hybrid system could be feasible. NASA is also working on a more efficient, bendable wing, the Times reports:

The concept is still being developed, but the eventual goal would be wings that could morph in response to real-time conditions. “The idea is to ultimately replace the entire trailing edge of an aircraft wing with technology like this, so you could continuously change the shape of the wing to reduce drag and increase lift,” said Ethan Baumann, chief engineer for the test jet. The technology could also allow the drag and lift forces to be shifted around the wings to avoid overloading, so the wings could be lighter than conventional ones.

Whatever the future holds for aviation, one thing’s for sure: Those flying miracles will always be full of assholes and crying babies. Because, in the immortal words of Louis C.K., “Now we live in an amazing, amazing world, and it’s wasted on the crappiest generation of just spoiled idiots who don’t care.”