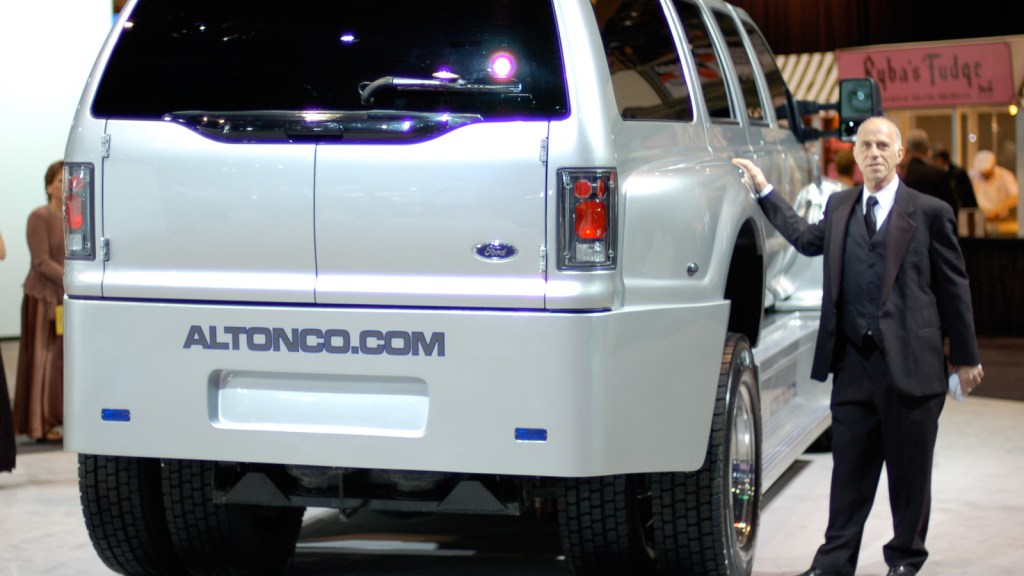 Watching the cultural backlash against all the mongo SUVs that ran us off roads, CO2’d our cities, and ruined Hype Williams videos for something like two decades remains one of the unexpected pleasures of the recession. Soccer moms now want Priuses instead of Escalades; carmakers embraced fuel efficiency as a selling point; the Tesla S seems poised to own poster space on the bedrooms of car-obsessed teenagers.

But like brachiosaurs in Jurassic Park, Suburbans aren’t dead yet. Today, the New York Times reports that SUV sales have very nearly singlehandedly kept GM afloat with almost $1 billion in profits this year, and the company commands 70 percent of the market. GM’s mastodon-size vehicles sport higher profit margins than its current line of fuel-efficient vehicles, and they inspire loyalty among previous adopters who feel a recovering economy has washed off some of the stink. Judging by the quoted sources, a lot of these folks are dads who just don’t give a shit about gas mileage:

“I didn’t buy the vehicle for the gas mileage,” [Mike Quinto] said. “I bought it for everything it can do for me and my family.” …

Howard Sucher, of Parkland, Fla., knows the feeling. Mr. Sucher has a family of six, including a newborn, and he said even his old Cadillac Escalade was too small. When the new 2015 Suburban became available, he, too, bought it without ever taking a test drive — ordering it early from a dealer in Miami.

“I felt I had no choice,” Mr. Sucher said. “There really is no other large vehicle for a family this big that needs a stroller in the trunk.”

“It actually gets decent mileage on the highway, so that’s a bonus,” he added. “But gas mileage wasn’t a factor in my decision.”

Is it time to worry that the Dawn of the Electric Car might get crushed under 65 tons of American pride? Before we do that, let’s take a quick moment to recall a few more things out-of-touch dads love that miraculously persist as background cultural artifacts, not societal drivers:

2. Squishy-butt jeans with “plenty of room”

8. Being proud of you, no matter what

See? Harmless curios from bygone eras for us to enjoy on occasion with our dear old dads, ironically or unironically. This is the destiny of the honkin’ SUV.