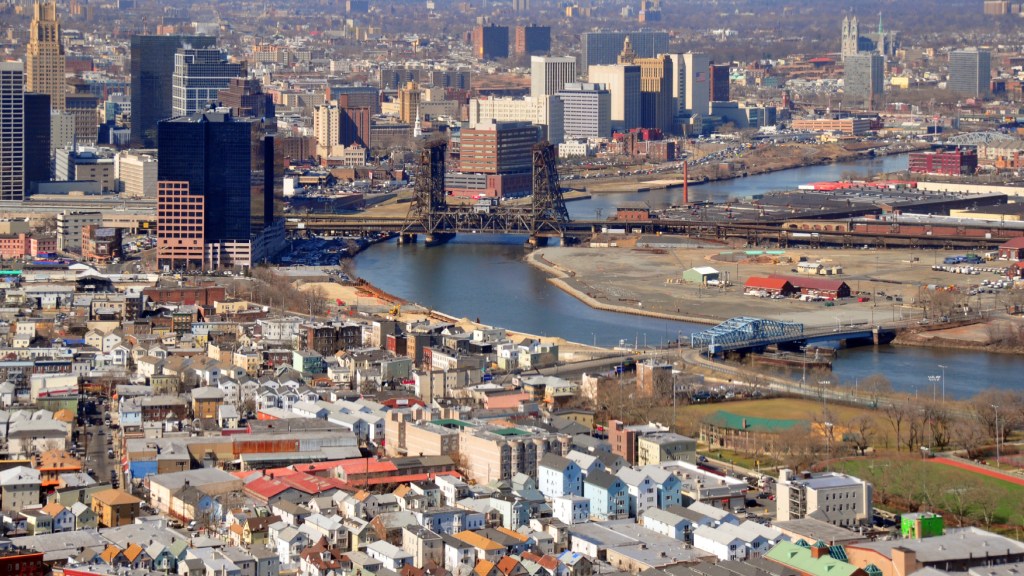 Living next to a port is kind of like living next to a coal plant — except the EPA isn’t really regulating it. Take the port neighborhood of Ironbound in Newark, N.J. Residents constantly have to breathe in exhaust from diesel-powered trains and trucks that haul imported goods (like the ones you probably wanna buy for the holidays), diesel-burning garbage trucks that haul waste from as far away as New York City (and dump the trash into a massive, nearby incinerator, which smells exactly the way you imagine rotting garbage smells), and even jet fuel-burning airplanes overhead that transport people in and out of the international airport. And it’s about to get worse: The widening of the Panama Canal means that even bigger ships will bring in more imported goods.

That’s why the Moving Forward Network, an alliance of grassroots environmental groups, is demanding the agency finally step in and do something to reduce the pollution in port neighborhoods across the United States. Lydia DePillis profiles some of what’s at stake over at the Washington Post:

It’s not just Newark: There are similar red splotches [here’s the New Jersey splotch] over neighborhoods surrounding seaports across the nation. Living next to one of them is similar to living next to a coal plant, with all the exhaust from trucks, ships, rail yards and cranes — except the federal Environmental Protection Agency hasn’t regulated their cumulative emissions as tightly, in the way that it has recently targeted those gigantic single sources of air pollution with strict new limits on how much they can emit.

In addition to the environmental impact, there’s a labor issue when it comes to ports, too. As DePillis explains, the Teamsters have long argued that the truckers who drive those diesel-burning trucks should be employees of the trucking companies that dispatch them, and not independent contractors as the companies often classify them. The Labor Department agrees, and has prosecuted some of those trucking firms for misclassifying the truckers. The union is now, well, unionizing those employees.

One of the trucking companies that’s now negotiating with the Teamsters is EcoFlow, a Los Angeles trucking company that prides itself on efficient vehicles. This illustrates a solution: a clean-energy trucking company can embrace union workers while cutting down on the pollution in Los Angeles ports. See? It’s innovation, growth, union jobs, efficiency and clean neighborhoods. And it’s only just begun.

But nothing’s fully solved yet. For starters, as DePillis points out, Newark’s gotta deal with the cumbersome Port Authority:

For one thing, it’s difficult to tell who exactly is in charge of what. The Port Authority is governed by a board that’s split by appointees of the governors of both states, but some parts of the port sit on land owned by different municipalities. The marine terminal operators lease space from the Port Authority and manage cargo brought in by the shipping lines, paying fees to the trucking companies that haul containers away to rail yards or warehouses.

The Port Authority has sort of tried to cut down on emissions, but it hasn’t really helped. Aside from that, the EPA’s got a petition to respond to. Nevertheless, Moving Forward Network’s policy director is Angelo Logan — and he’s pretty amazing. If anyone can help port cities clean up, it’s Logan. He’s also got some great company at the network.

I should add that, for all the great reporting here, DePillis uses the term “low-income” to refer to port cities and neighborhoods. That may be true, but it also fails to point out that these are largely neighborhoods of color. Take Newark, which the article is centered on: Its residents are nearly 90 percent people of color. We know that, time and again, neighborhoods of color are left to absorb the negative impacts of pollution and climate change. And judging from the people photographed and mentioned in this story — Cora Moody, Julian Walls, Kim Gaddy — people of color are inevitably the victims. So let’s call what’s happening at U.S. ports what it is: environmental racism.