Scientists could finally find extraterrestrial life – by spotting its pollution 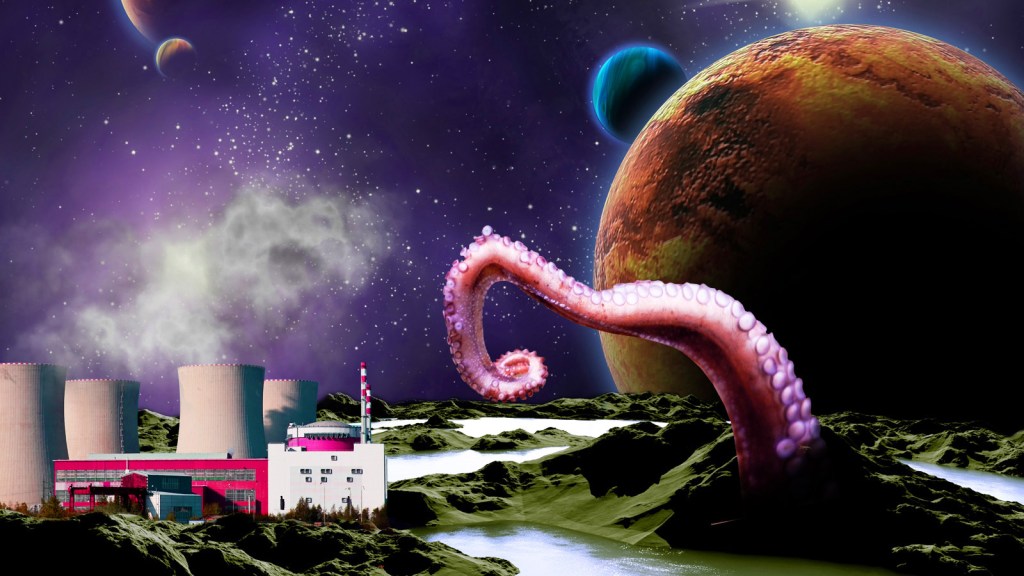 Scientists could finally find extraterrestrial life – by spotting its pollution

My flying saucer? Yeah, it’s a hemi. Or at least scientists involved with the search for extraterrestrial intelligence (a.k.a. SETI) hope so. Thanks to a wizbang new telescope, researchers will soon be able to detect life on other planets by observing the contents of their far-away atmospheres. In particular, they’ll be looking for chlorofluorocarbons, because any old single-celled life form can spew a bit of oxygen and methane — but pollution? That takes intelligence.

Here’s more from today’s Harvard-Smithsonian press release on the search for extra-terrestrial coal-rollers:

New research by theorists at the Harvard-Smithsonian Center for Astrophysics (CfA) shows that we could spot the fingerprints of certain pollutants under ideal conditions. This would offer a new approach in the search for extraterrestrial intelligence (SETI). …

The team, which also includes Smithsonian scientist Gonzalo Gonzalez Abad, finds that the upcoming James Webb Space Telescope (JWST) should be able to detect two kinds of chlorofluorocarbons (CFCs) — ozone-destroying chemicals used in solvents and aerosols. They calculated that JWST could tease out the signal of CFCs if atmospheric levels were 10 times those on Earth. …

Aren’t the humans adorable? The thinking comes down to, “I seem to have made a horrible mess of this place, and I’m the smartest guy I know, so if there’s another, smarterer guy out there, just imagine what he’s done to his place.”

Lin’s co-author Avi Loeb points out that we may need to rethink some of our extraterrestrial jargon: “People often refer to ETs as ‘little green men,'” he says, “but the ETs detectable by this method should not be labeled ‘green’ since they are environmentally unfriendly.”

Still, this new technology could give us a handy tool for dealing with the not-so-green men here on earth: Climate denial tends to walk hand-in-hand with paranoia. If we tell the deniers that climate change will help the aliens find us, I’ll be we can get them to put solar panels on their tinfoil hats.