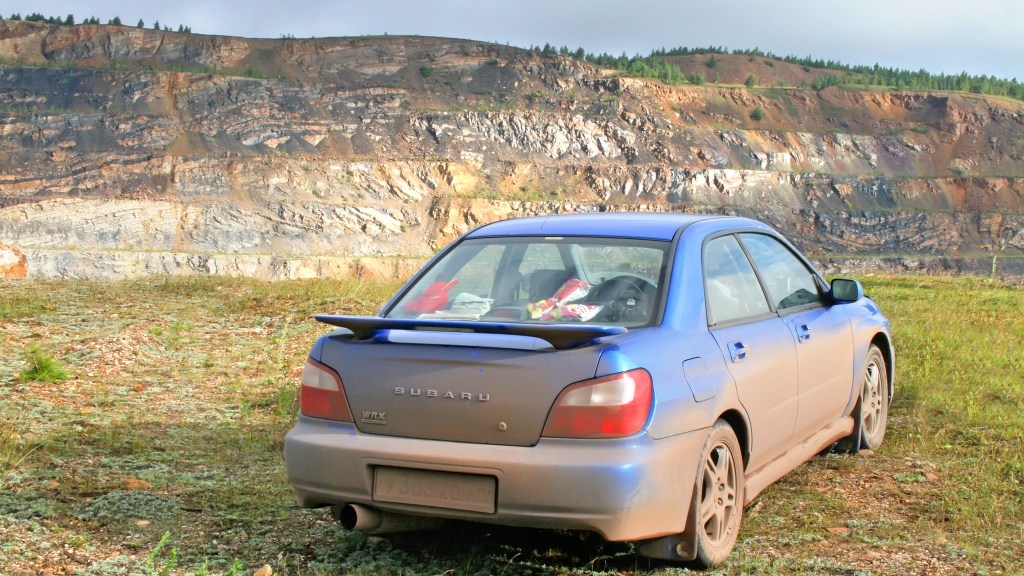 A friend who recently bought a Subaru emailed me a link to the company’s heavily promoted new environmental initiative, which is front and center on its homepage. With a video titled “Who We Are Is What We Leave Behind,” it has committed to helping make the national parks waste-free, meaning it would send no solid waste to the landfill: Everything gets composted or recycled. That’s pretty cool. And Subaru makes a great product: Its cars are solid and safe (the Legacy was the only non-giant and non-hugely expensive vehicle to log no road deaths for model years 2009 through 2012) and are the go-to vehicles in snow country. The mileage is decent as well: New Outbacks boast a newly improved 33 mpg on the highway.

So here’s a question: Why is such an obviously well-managed company using an outdated, nice-but-irrelevant, and ultimately cowardly approach to cause-marketing, at the exact time when the country, the world, and the auto industry needs bold leadership? I’m talking about the fact that by focusing on solid waste (a third or fourth order problem, at best) in national parks, Subaru neatly dodges any controversy (what’s not to like about helping our national parks — which poll through the roof?) and also dodges any shot at significant impact on the central issue of our time. Yes, I’m talking about climate change.

Look, Subaru is a car company. And there’s a reason one of the first steps an empowered EPA took to address climate change, even before dealing with coal plants, was to target passenger vehicles. Transportation accounts for nearly a third of total U.S. greenhouse gas emissions, and fully 62 percent of transportation emissions come from passenger cars and light-duty trucks. And emissions from transportation have increased by about 16 percent since 1990.

A car company is a climate changing machine, a kissing-cousin to the fossil fuel industry that has been the subject of a huge and growing divestment campaign. And climate change itself is far and away the biggest challenge of our time. Alan Rusbridger, the retiring editor of the Guardian, neatly sums up what we’re facing in a warming world as the “huge, overshadowing, overwhelming issue of how climate change will probably, within the lifetime of our children, cause untold havoc and stress to our species.” It’s very old news that that stress is hitting the very organizations Subaru has committed to make zero waste — the national parks. (Details can be found in the 2006 report Losing Ground: Western National Parks Endangered by Climate Change.)

In America, most of us drive cars. We shouldn’t be asking Subaru to stop making its excellent vehicles. But we as citizens do want Subaru to be part of the solution, because we also want to be part of the solution and we drive Subarus! And we don’t want to be treated as dupes when a car company, of all things, makes its environmental focus, of all arenas, solid waste in the year 2015 and thinks we’re going to celebrate that and dumbly and happily buy its cars thinking good thoughts about its business. Homey don’t play that game no more.

I can hear Subaru’s PR people saying: “Jeez, I guess no good deed goes unpunished.” No, that’s not right. It’s that cluelessness gets punished. Not to mention that this move is strategic madness, as if the EPA had decided to focus on animal welfare instead of water quality at the very moment the Cuyahoga River caught fire.

What should Subaru be doing? Expanding its good work on mileage efficiency (what about a super-efficient hybrid instead of the modestly efficient Crosstrek?). Making climate change, not solid waste, the focus of its cause marketing. Lobbying Congress for a carbon tax very publicly and from the CEO level. Continuing its zero waste work too, because it’s good business, and national parks are awesome, but doing so in the context of climate change, not instead of talking about it.

We’ve entered a new era in corporate responsibility. No longer is taking a position on climate change risky. Now, in the hottest year in the temperature record, not taking a position on climate change is the big risk. Companies that don’t should be called out. If “Who You Are is What You Leave Behind,” and we leave behind a world warmed by 4 degrees C, then we have a terrible Legacy. Tag, Subaru: You’re it.