Walmart spews a huge amount of climate pollution with its shipping, but doesn’t report any of it 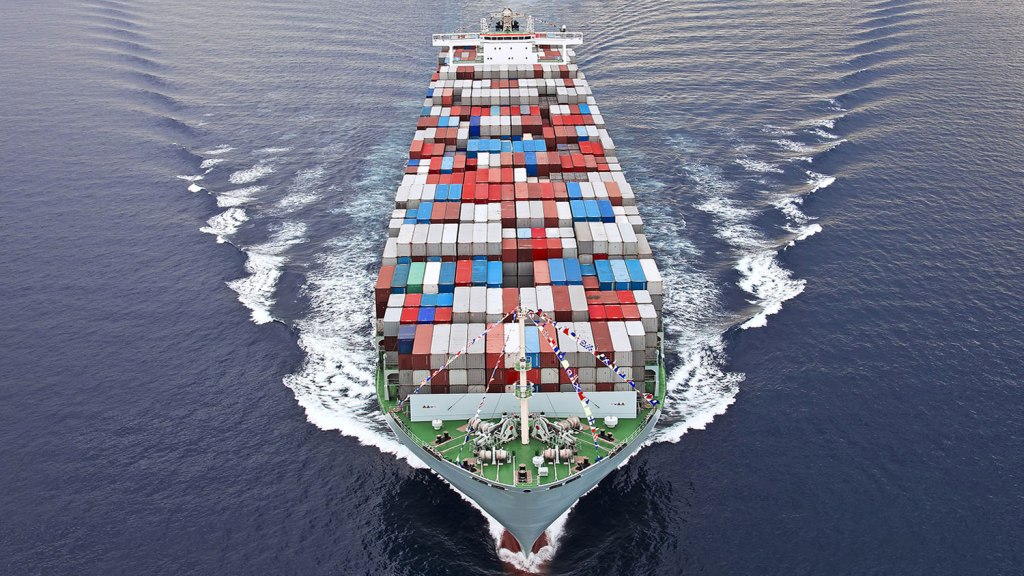 Walmart spews a huge amount of climate pollution with its shipping, but doesn’t report any of it

At Walmart’s annual meeting on Friday, shareholders will vote on a measure that would force the company to reckon with one of the biggest — and best hidden — sources of climate pollution in its vast global operations: shipping.

No company moves as much stuff across the world’s oceans as Walmart does. The climate consequences are immense. Ferrying all those cheap TVs, T-shirts, toasters, and toys from Asian factories to ports in the U.S. and elsewhere releases huge amounts of greenhouse pollutants into the atmosphere, including both carbon dioxide (CO2) and black carbon, a kind of soot whose climate impacts are less well-understood that those of CO2, but almost certainly just as menacing.

A decade ago, Walmart began promoting itself as a sustainability leader. And, yet, in all the years since, the company has been silent about the environmental impacts of its massive shipping operations. It’s as though this core part of its business doesn’t exist. In fact, when Walmart reports its greenhouse gas emissions each year, it omits the pollution generated by shipping.

That could change on Friday. Shareholders will consider a resolution that would require the company’s management to report greenhouse gas emissions from shipping and take concrete steps to reduce them, as other larger retailers have done. The resolution was proposed by Mary Pat Tifft, a member of Our Walmart, a growing organization of Walmart employees that has won significant improvements in the company’s labor practices and is increasingly focusing on its environmental impact.

To provide context for this important resolution, we’ve compiled a few key data points on shipping’s climate impact and Walmart’s dominance in the movement of goods across the world’s oceans:

18 — Estimated percentage of human-made CO2 that will be emitted from global shipping in 2050, in a business-as-usual scenario.[ii]

1 — Walmart’s rank in the list of top U.S. importers of goods shipped by sea.[iii]

11 — Number of Great Pyramids of Giza that could be constructed from Walmart’s 2013 container imports.[vi]

8 — Rank of the head of the Panama Canal Authority on a list of the most powerful people in container shipping.[vii]

5 —  Rank of Walmart CEO Doug McMillon on this list.[viii]

$5.2 billion — Amount being spent to expand the Panama Canal, doubling the capacity of cargo that can travel from Asia to the eastern half of the U.S.[xi]

2 — Rank of black carbon on the list of top contributing agents to global warming.[xv]

2005 — Year in which Walmart’s then-CEO Lee Scott said, “We believe every company has a responsibility to reduce greenhouse gases as quickly as it can.”[xvii]

0 — Share of CO2 produced by Walmart’s global shipping that the company includes in those self-reported figures.[xix]

Correction, 6/10/15: This post originally stated that it would take 760 million cars to generate as much CO2 as is emitted by the world’s 15 largest container ships. That is inaccurate. That’s the number of cars it would take to generate an equivalent amount of sulfur oxide emissions (SOx) and other local pollutants, not CO2, according to The Guardian. We regret the error.

Stacy Mitchell is the co-director of the Institute for Local Self-Reliance (ILSR). Walter Wuthmann is a former research assistant at ILSR.  They coauthored the report Walmart’s Dirty Energy Secret.