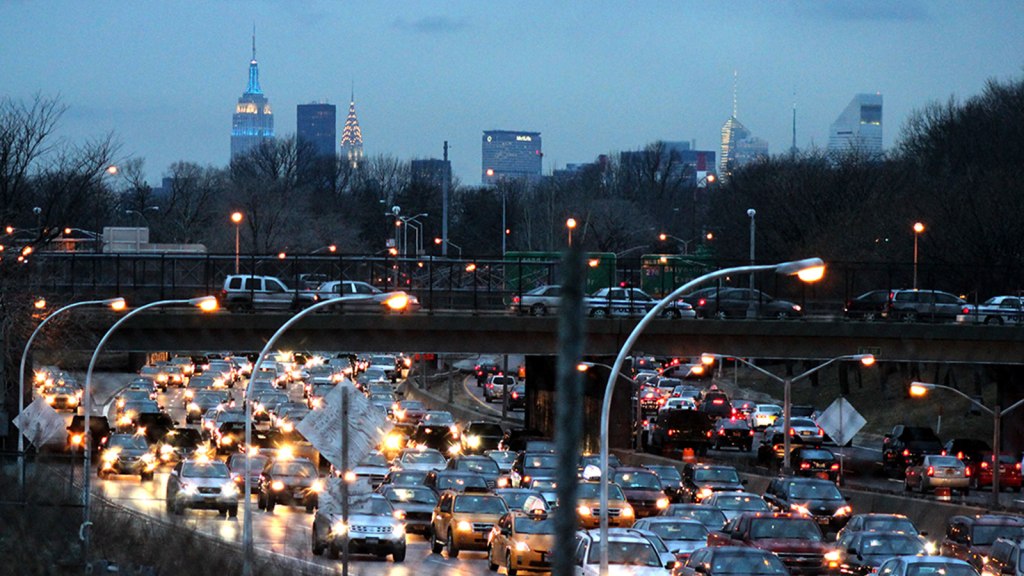 Last year was a curious one for the auto industry. Volkswagen came out as the sad, unsuccessful Houdini of emissions testing; Takata airbags (which end up in Fords and Hondas) were found to explode and rain shrapnel in the faces of drivers they’re supposed to protect. Public transportation was in a state of near-constant improvement, and where it wasn’t, the bandwidth of ride-sharing services like Uber and Lyft ballooned to post-Thanksgiving uncle-belly proportions. A newly inked international climate agreement promises to send ripples through the fossil fuel industry. OPEC countries Saudi Arabia and Iran have daggers pointed at one another’s gullets. Any of that scream Seems like a good time to buy a car! to you?

If so, you might be one of the folks who purchased one of the 17.5 million cars and light trucks sold in 2015 — an all-time record for the auto industry, which had previously peaked at 17.3 million sales in 2000. Americans shelled out $570 billion on new rides last year. Forget the lying liars with the “defeat devices” and those new light rail lines. We’ve got places to be. Gas is cheap.

And when gas is cheap and wages start to improve and credit is readily available and interest rates are low, it turns out that people buy cars. People buy big cars. Most of the growth in auto sales — a 5.7 percent increase over last year — came from a 13 percent spike in sales of light trucks and SUVs. As the Washington Post reports, this growth in SUV sales could spell trouble for President Obama’s fuel efficiency and air pollution goals:

But some auto experts worry that part of Obama’s achievement is in danger. The [2009 $80 billion auto] bailout package coincided with a separate agreement between the administration and industry executives to increase passenger-vehicle fuel efficiency to an average of 54.5 miles a gallon by 2025. Yet, the average fuel efficiency of new vehicles sold declined in 2015, to 25 miles a gallon, and U.S. consumption of gasoline rose 3 percent in 2015.

“The good news is that the bailout of the auto industry saved their industry, saved their tailpipe,” said Dan Becker, founder and director of the Safe Climate Campaign. “The bad news is it’s resulting in more gas-guzzling trucks, pickups, SUVs and vans that pollute the atmosphere and which will eventually drive gas prices back up again.”