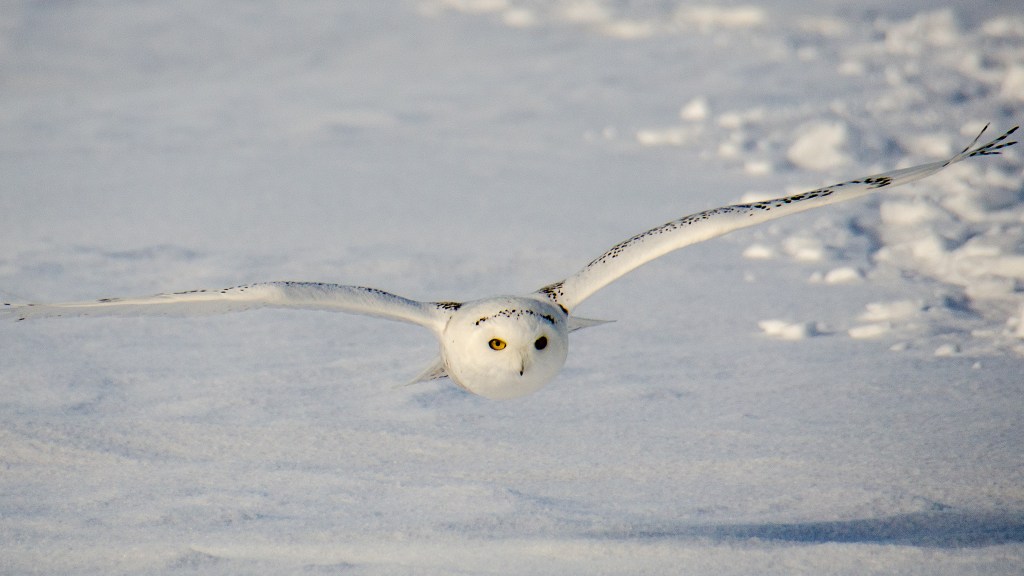 Owls — those whimsical and deadly hunting machines that crafty people love and Harry Potter characters employ as postal workers — have the unusual ability to fly in (virtual) silence.  That’s bad news if you’re a delicious-looking rodent minding your own business, but it’s good news if you’re a scientist looking for a way to silence noisy wind turbines.

Nigel Peake, a professor of applied mathematics and theoretical physics at the University of Cambridge, happens to be one of those scientists. And by using a 3D-printed material meant to mimic the surface of owl wings, he and his colleagues were able to lower the noise level of a wind turbine blade by about 10 decibels. (For comparison: The typical wind turbine a few hundred yards from a house will come in around 40 decibels, about as loud as the in-house refrigerator, according to GE.)

Here’s more from a press release out of the University of Cambridge:

Peake and his collaborators at Virginia Tech, Lehigh and Florida Atlantic Universities used high resolution microscopy to examine owl feathers in fine detail. They observed that the flight feathers on an owl’s wing have a downy covering, which resembles a forest canopy when viewed from above. In addition to this fluffy canopy, owl wings also have a flexible comb of evenly-spaced bristles along their leading edge, and a porous and elastic fringe on the trailing edge.

“No other bird has this sort of intricate wing structure,” said Peake. “Much of the noise caused by a wing – whether it’s attached to a bird, a plane or a fan – originates at the trailing edge where the air passing over the wing surface is turbulent. The structure of an owl’s wing serves to reduce noise by smoothing the passage of air as it passes over the wing – scattering the sound so their prey can’t hear them coming.”

Peake and his collaborators first experimented with a wedding veil-like material, which they found could reduce the noise level of a turbine blade by up to 30 decibels. But that material wasn’t practical for real-world applications, so they turned to 3D-printed plastic:

Early tests of the material, which mimics the intricate structure of an owl’s wing, have demonstrated that it could significantly reduce the amount of noise produced by wind turbines and other types of fan blades, such as those in computers or planes. Since wind turbines are heavily braked in order to minimise noise, the addition of this new surface would mean that they could be run at much higher speeds – producing more energy while making less noise. For an average-sized wind farm, this could mean several additional megawatts worth of electricity.

The silence of owl flight (good movie title?) is not a revelation, but how owls manage it is. And if you don’t believe that they do, just check out this PBS video, where Kensa the owl squares off against Smudge the “urban opportunist” pigeon and Moses the “king of speed” peregrine in a quiet fly-off: