Why aren't we all driving hydrogen fuel cell cars? 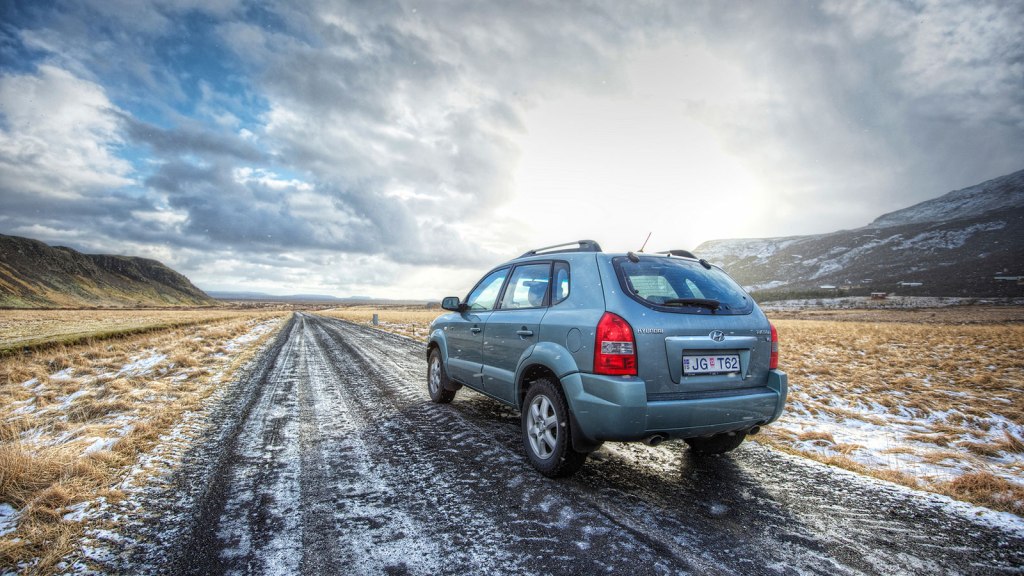 Why aren’t we all driving hydrogen fuel cell cars?

Q. Hyundai released a zero-emission fuel cell vehicle (FCV) this year, and Toyota is slated to release one in 2015. The last time Grist wrote about FCVs was back in 2009, and the prognosis wasn’t optimistic. Has anything changed? Is the cost and greenhouse gas output of producing hydrogen more detrimental than having a zero-emissions car? (I do live in Southern California, where conceivably there will be hydrogen refueling stations.)

If I were a teacher and a fuel cell vehicle were my student, I’ll pull out my red pen and write, “FCV has so much potential, but needs to work harder and apply itself to succeed in this classroom” across the top of little FCV’s report card. Then I might try a sticker chart to help motivate FCV, because as a third grader I would do anything for a sticker and I believe they can still work miracles of positive reinforcement.

Alas, it will take more than stickers to get today’s FCVs — the much ballyhooed hydrogen cars — up to road-ready shape. But the good news is that this Car of the Future has been making big strides over the past few years as researchers figure out ways to solve its biggest roadblocks. General consensus seems to be that FCVs aren’t quite ready to revolutionize the nation’s fleet, but it’s looking better every day.

FCVs run on an electric motor, like a battery electric car, but the motor is powered by the chemical reaction of hydrogen and oxygen in an onboard fuel cell (really, a series of cells called a stack). The only thing spewing out of the tailpipe is innocent water vapor, making them zero-emissions vehicles, and the hydrogen reaction itself produces no greenhouse gases. FCVs are also at least twice as efficient as gas guzzlers. Sounds pretty great, right?

In theory, yes. But as you note, Garrett, a number of issues hamstrung the rapid adoption of these supervehicles. They include these facts: Producing pure hydrogen usually creates carbon dioxide (oops). It’s hard to cram enough hydrogen gas into a tank to fuel the car for an acceptable driving range. FCVs don’t last as long as regular ‘ol cars. The U.S. does not have an extensive system for delivering hydrogen across the country, and it would be expensive to build one. Oh, and speaking of expensive, FCVs are. Quite.

Let’s look at each factor in turn.

First, the biggie: An uber-clean car that runs on greenhouse gas-emitting fuel doesn’t make lots of sense. Right now, we get about 95 percent of our hydrogen from stripping hydrogen atoms out of natural gas, which leaves us with more carbon dioxide. However, there are lots of other, cleaner ways to get at that hydrogen gas — including by using wind- or solar-powered contraptions to pull the H out of plain old H20, or by harnessing the gases that come from decaying grasses or even human waste. That’s right, people: Poop to power, and that’s one resource we’re never going to run out of. Some of these new technologies are in the early stages of development, while others are getting cheaper and better quickly — but none of them are ready for prime time.

Then there are the issues of performance — like driving range and durability. We’re now at the point where FCVs can go 300 to 400 miles on one “tank” of highly compressed hydrogen, which is comparable to gasoline cars. And a 2014 Department of Energy progress report says that the cars’ fuel cells are now making it to 75,000 miles, more than double what they were getting in 2006 — but not long enough to compete with conventional cars.

And when’s the last time any of you saw a convenient hydrogen fuel station? (Garrett, please put your hand down. We’re talking about beyond your early-adoption stronghold of SoCal.) Once we get these stations, topping off the hydrogen tank will be a lot quicker than charging an electric battery. And the gummint assures us they’re coming. But developing a nationwide network of fuel stations — plus the production, transportation, and storage infrastructure necessary to get the hydrogen from the plant to your car — is quite an undertaking.

Finally, the dollars issue. Like all world-changing technologies do at first, FCVs will cost you. There’s reason to expect these prices to drop: That same DOE report says fuel cells are now 50 percent cheaper to make than they were in 2006, and the Toyota Mirai is reportedly already 95 percent cheaper to manufacture than it was back when this whole crazy project got started. But a 2015 Mirai still has a starting sticker price of $57,500; the Hyundai Tucson FCV leases for $499/month, plus $3,000 to start (the hydrogen is free).

The hydrogen FCV is a huge and complex topic, Garrett, and we’ve only scratched the surface here. If you’re interested, I highly recommend digging into the reams of information put out by the DOE’s Office of Energy Efficiency and Renewable Energy, especially if you like balancing chemical equations in your free time. FCVs are far from perfect, but I, for one, will be keeping my eye on their progress. Tomorrow’s car may not be here yet, but it’s working through its growing pains.