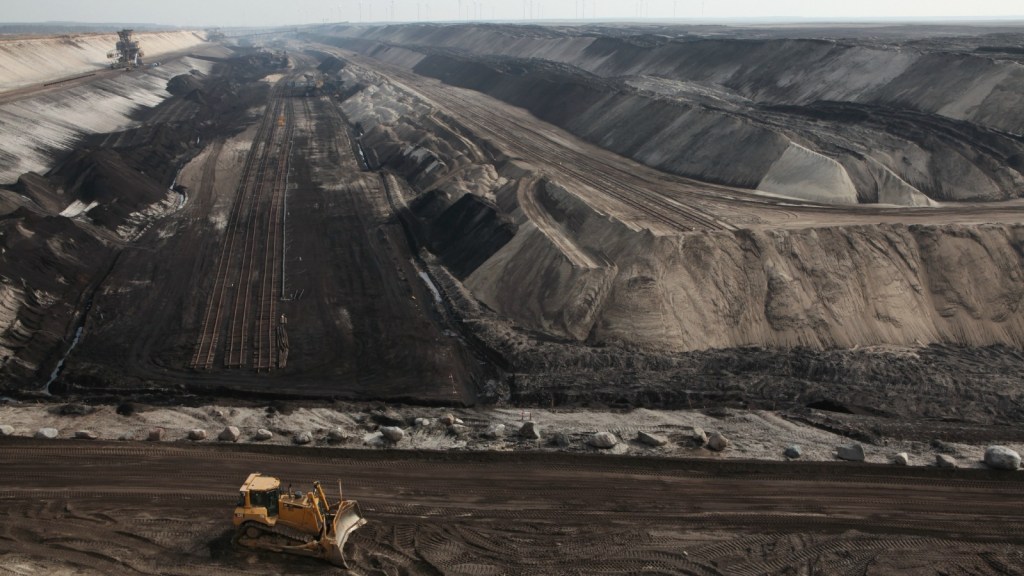 What happens when Big Coal goes bankrupt? Coal companies spend generations tearing up land, ruining communities, and pumping carbon into the atmosphere, and — in theory — it’s up to them to make repairs afterward. But if they declare bankruptcy, however, someone else — namely, the American taxpayer — may be left to clean up their mess. If one environmental group has anything to do with it, however, any loans Big Coal gets will be used for fixing the problems they caused.

The latest company to face a potential looming bankruptcy is Peabody Energy, the world’s largest private sector coal mine operator, Peabody shares plummeted 30 percent shortly after it released fourth-quarter results last year, and the company is now $6.3 billion in debt. Fellow coal monsters Alpha Natural Resources Inc. and Arch Coal Inc. have already filed for chapter 11, and if Peabody is unable to sells off its assets — including two coal mines in New Mexico and one in Colorado — it may soon do the same.

Peabody has a prospective buyer for its mine operations, but the buyer, Bowie Resources Partners LLC, missed the February deadline to secure financing for the purchase — and, if the Rainforest Action Network (RAN) has any sway, they won’t be able to find a bank to loan them the money at all.

RAN is putting pressure on Citigroup to refuse a loan to purchase Peabody assets*, as part of its long-term campaign to get banks to divest from coal and other fossil fuel operations. For years, RAN campaigned to get Bank of America and Citigroup to quit financing coal operators. Both banks ultimately did reduce their funding of coal companies and implemented new sustainability policies – though their intentions for doing may be financially motivated. “Over the past several years,” says BOA, “Bank of America has significantly reduced our exposure to coal extraction companies. … This commitment applies globally, to companies focused on coal extraction and to divisions of diversified mining companies that are focused on coal.”

If banks deny the loan, then Peabody will need to find another buyer, or it may be forced to declare bankruptcy. But while the bankruptcy of major industrial polluters may seem like a good thing, there is a problem: In theory, coal companies clean up the messes they make through land reclamation, but according to NPR, some states only require companies to pay for reclamation if the company is financially healthy, through a provision called “self-bonding.” “A self-bond isn’t much more than a wink and a promise,” Clark Williams-Derry, director of energy finance at Sightline Institute, told NPR. “A promise that … when the time comes, you’ll be good for it.”

But if companies like Peabody aren’t good for it, RAN offers another solution. As Ben Collins, senior campaigner at RAN told Grist in a phone interview, banks can influence where the money goes. Banks can make sure any financing goes towards land reclamation and worker pensions instead of, say, reviving the industry or paying lavish executive compensation. Arch Coal, for instance, doubled its CEO’s pay to $7 million even as the company was facing bankruptcy, cutting worker pay, and had stopped paying dividends.

“Banks have been profiting for years off companies that have had these negative impacts on communities, on workers, and on the environment,” said Collins. “They have an obligation to both address reclamation and make sure workers are protected.”

Whether financial institutions will fulfill that obligation? Well, that’s another story.

*Correction: An earlier version of this story said that RAN was “putting pressure on major banks to refuse a loan to Peabody” instead of pressuring Citigroup to refuse a loan to purchase Peabody assets. Grist regrets the error and has sentenced the author to investing in Peabody.