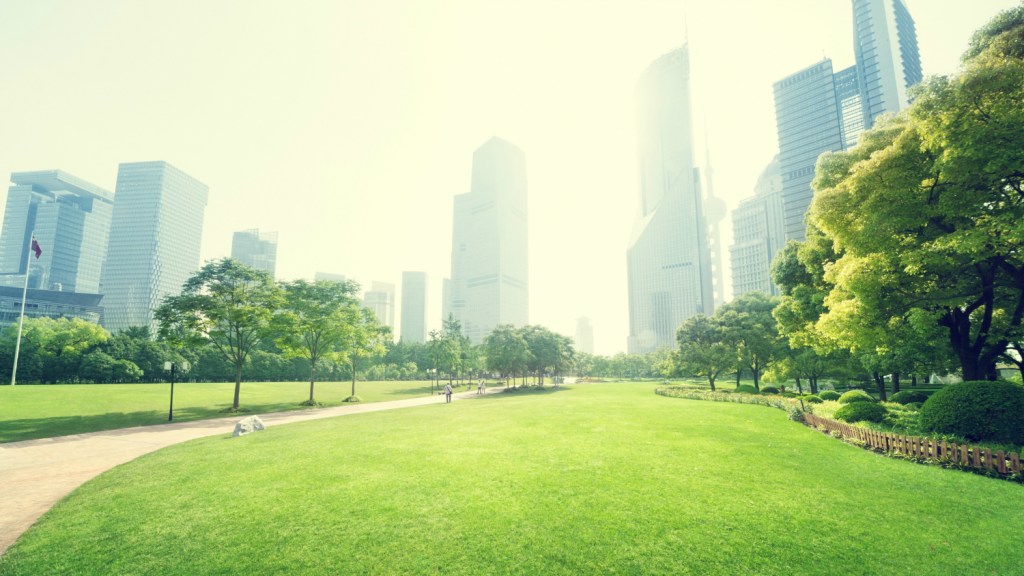 Cities in the U.S. can’t set fuel-economy standards for private cars. They don’t get to decide whether to extract fossil fuels from the prairies and mountains where deposits generally are found. And most don’t get to determine whether their electricity comes from coal or clean sources. And yet there is a lot they can do to combat climate change. A pair of reports released this week illustrate that even if national governments aren’t making big enough commitments to avert catastrophic climate change, cities can make a significant contribution to the cause.

Local governments regulate the two biggest sources of carbon emissions: buildings and transportation. Local building codes and incentive programs can greatly affect the energy efficiency of new and retrofitted buildings, and they can govern everything from windows to lighting fixtures. By reducing demand for heat, air-conditioning, and electricity, cities can hugely reduce emissions from burning coal and gas for electricity and oil and gas for heat. And while cities can’t control what kinds of cars their citizens own, they have a lot of power over how many miles those cars get driven. Adopting zoning codes that encourage dense, mixed-use neighborhoods with walkable, bikeable streets, and investing in mass transit and transit-oriented development, can dramatically reduce driving. So can changing parking regulations. For decades, cities have required new developments to build parking, which subsidizes and incentivizes driving, when we should be doing the opposite.

In 2005, the C40 Cities Climate Leadership Group was founded so that cities could collaborate on best practices for reducing emissions. On Thursday, C40 released a new report, written by the Stockholm Environment Institute, which finds that if cities adopt the right policies over the next five years, it could save about one-third of the world’s remaining carbon budget. If we want to stay below 2 degrees Celsius of warming, 80 percent of the carbon that we can get away with burning has either already been burned or been “locked in” by an infrastructure investment such as a recently built coal-fired power plant, so we’re left with only 200 gigatons of carbon emissions to play with. An amount equal to about one-third of that remaining emissions budget could be prevented if cities everywhere take all the right steps. As anyone who has followed the often dysfunctional local politics of cities knows, that’s unlikely. But in general, cities are more progressive and less invested in the fossil fuel economy than rural areas and national governments. So there’s hope that at least some of the major cities will make some of the right decisions.

Heating and cooling demand from new buildings and equipment can be reduced by 20% [by 2020] compared with the business as usual scenario, and by more than 50% by 2030. …

In the transport sector, compact urban forms could reduce private passenger vehicle travel by 20% community-wide … by 2030.

In Canada, where the national government is conservative and beholden to fossil fuel interests, more progressive cities have already led the way in reducing greenhouse gas emissions. Thanks in part to progressive policies promoting mass transit, requiring efficient buildings, and minimizing waste, Vancouver, British Columbia, is the lowest-emissions city in North America.

Your image of mounties and lumberjacks in snowy forest notwithstanding, 81 percent of Canada’s population lives in its metro areas. Canada has one of the highest rates of carbon emissions per capita in the world. That’s only partly because of its sprawling development patterns. Due to the large role of energy-intensive extractive industries such as oil and gas in its economy, only 42 percent of Canada’s emissions come from its urban centers compared to 70 percent globally. In recent decades, Canada has been in the ironic position of seeing its urban carbon emissions decline while its total emissions rise due to its big fossil fuel industry.

Another report by the Stockholm Environment Institute, issued Wednesday, finds that Canadian cities have made impressive progress, but that it is only the beginning of what is both necessary and achievable:

Urban emissions are on the decline in Canada, driven by reductions in per capita consumption of both fuel and electricity. Over the past 25 years, per capita greenhouse gas emissions in Canada’s urban areas have declined by about 20%, while the urban population has increased 30% over the same period. While these trends have not yielded the deep emission results that would be required to put Canadian cities on track for a very low carbon future, they do reaffirm the capability of urban centres to deliver fairly rapid and widespread change in the level and pattern of energy use. …

Local governments have direct or indirect control over 40-50% of greenhouse gas emissions. … the very low carbon futures necessary will require that the technical fixes that have characterized the first generation of climate change mitigation strategies be supplanted with breakthrough strategies for meeting human needs and wants with less energy. The role of local government agencies will be essential in this transition.

The world’s population is rapidly urbanizing. More than 54 percent of people now live in urban areas, and the U.N. projects the proportion to increase to two-thirds by 2050. An estimated 1.5 million people move into cities and towns every week. So the role of cities in environmental management will only grow. Everything from planting trees to getting rid of parking will help determine what their emissions are. And while cities — the epitome of dirty, unnatural places — may not intuitively seem like the solution to climate change, they are going to play a big part in it.