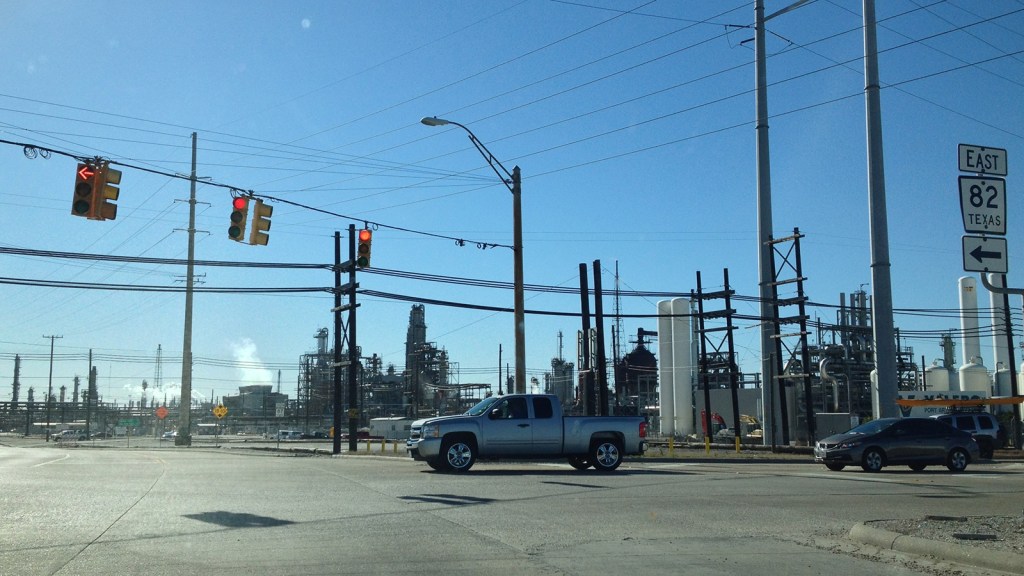 Dirty Kochs will dish out millions for polluting this Texas town

The U.S. Department of Justice just slapped another polluter around. Yesterday, Justice officials ordered the Koch brothers-owned Flint Hills Resources company to pay $350,000 in Clean Air Act fines for spewing thousands of tons of hazardous air pollutants from one of its chemical plants in Port Arthur, Texas. The company must also spend upwards of $30 million on equipment upgrades to reduce its emissions for particulate matter, nitrogen oxide, and carbon monoxide — agents of asthma, lung disease, and death, respectively.

This is no small matter for the Gulf Coast city, about 90 minutes east of Houston. This is the dirtiest of the dirtiest areas in America. It’s where where the Keystone XL pipeline is scheduled to dump tar-sands oil from Canada. The Koch bros’ plant is just one of a gaggle of petrochemical processing facilities, oil refineries, waste incinerators, and gas pipelines strangling Port Arthur, a city also beset by ghastly levels of lung disease and cancer. Then there’s the social asphyxiation of poverty and racism on the predominantly black and Latino city.

It’s for these reasons that Port Arthur has long been considered a priority environmental justice area for the Environmental Protection Agency. Meanwhile, grassroots activists like Hilton Kelley, founder of the group Community In-Power and Development Association, has been fighting these companies for decades. Kelley was awarded the coveted Goldman Environmental Prize in 2011 for his efforts.

The EPA and Department of Justice, in their press releases, hail this as a major victory for protecting an “overburdened community.” But given the dozens of others plants and factories still polluting to high heaven there, it’s difficult to celebrate this recent settlement too hard.

Even with the estimated reduction of close to 2,000 tons of harmful air emissions annually, and another 69,000 tons of greenhouse gas emissions taken out of the atmosphere under this consent decree, that’s relatively small potatoes given the total air pollution load here. When you figure in the nearby Texas cities of Houston, Baytown, and Beaumont, and the even closer Louisiana cities of Lake Charles and Sulphur (yes, there’s a city named “Sulphur” and it looks and smells accordingly) we’re talking millions of tons of toxic emissions annually.

“I know that this settlement won’t fix all of the problems in Port Arthur,” wrote Cynthia Giles, assistant administrator for EPA’s Office of Enforcement and Compliance Assurance in a blog post about the settlement, “but it’s an important step to clean the air and to ensure companies operate responsibly in overburdened communities.”

The term “overburdened” in these contexts is really deceiving. When we say “overburdened communities,” we are mostly only referring to communities of high poverty that are populated largely by people of color. The term also suggests that there is a certain level of burden that communities should expect to live with. I’m not sure where the line is in terms of when a community moves from fucked to over-fucked, but perhaps the bottom-line should be that we just don’t fuck communities over period.

I’m glad to see that part of the consent decree includes forcing the Koch bros’ company to spend $350,000 for purchasing energy efficiency equipment for homes throughout the area. But installing Energy Star appliances in houses doesn’t offset the smog and soot residents must breathe, nor will fluorescent lightbulbs protect them from the increased risk of birth defects, leukemia, and cancer from chronic exposure to carcinogenic benzenes.

It’s the sum of all the polluting plants in areas like Port Arthur that bring about this kind of sickness. Those tracking environmental justice concerns call this cumulative risk. Put simply, it’s the acknowledgement that you can’t look at a single plant when assessing its potential for endangering nearby communities; you have to look at all the sources of pollution together.

EPA officials understand that right now they have poor policies around measuring cumulative burdens. When issuing pollution permits to companies, the agency does not by law have to take into consideration the other pollutants already assailing the area. Permits are issued according to a single pollutant from a single source. Officials are working to strengthen guidelines around cumulative risk assessments, but this is a process that has been going on since 1997.

It’s about time they wrap that up. People’s lives are depending on it. And it’s the people with the fewest resources, and the worst access to quality healthcare.

Our lungs don’t discern whether to breathe in pollution from the Koch bros’ plants as opposed to Exxon’s — they breathe it all in. The victory in Port Arthur is worth cheering, but we still have a long, long way to go before impoverished people and people of color can finally breathe freely.