In Stockholm, a proposal to make snow plowing priorities better for women 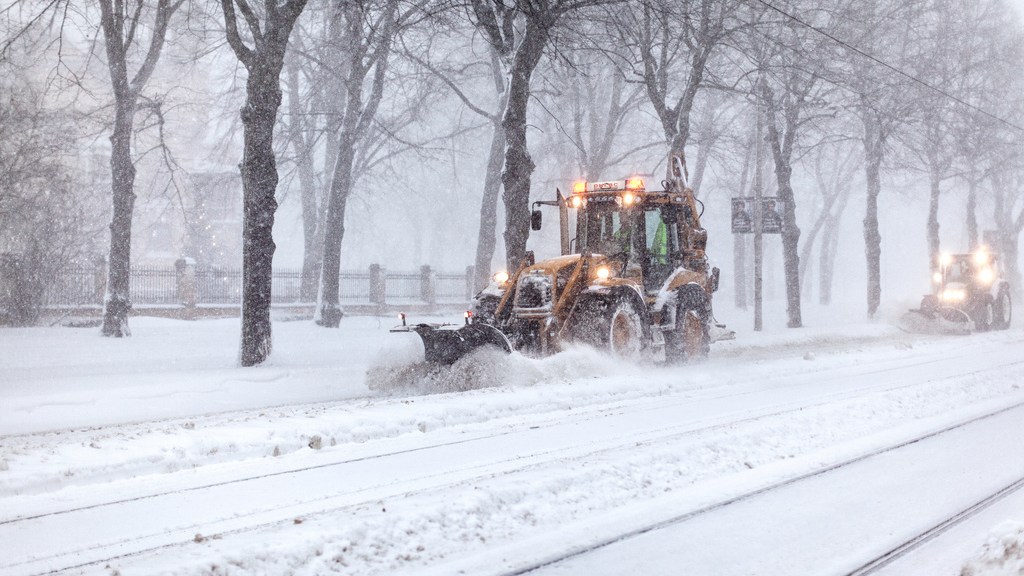 In Stockholm, a proposal to make snow plowing priorities better for women

In Stockholm, the depths of winter can stretch out over nearly half the calendar year. Last winter, the first reported snowfall came on Oct. 25, and the last sighting wasn’t until April 20.

With six months of potential snow, the task of keeping the city’s commuters moving and working can be a real challenge for local government. At the moment, Stockholm uses a relatively standard snow-clearing strategy that differs little from what other harsh-winter cities have chosen to do. They focus their plows first on major thoroughfares, then on downtown areas close to major workplaces and construction sites, and finally move on to smaller roads, neighborhoods, and schools.

But some in Stockholm’s city government have begun to suspect that these longstanding strategies may not best serve all of the city’s residents. By focusing on city-center workplaces and construction sites, the Green Party’s Daniel Helldén suggests, the city is implicitly ignoring the places that “vulnerable groups,” including women and families, frequent most often. His solution? Something he’s calling “gender-equal plowing.”

Helldén, an opposition vice mayor who serves as the vice chairman of Stockholm’s traffic and waste collection committee, made his proposal at a meeting in early December, English-language news site The Local reported. And he’s making a uniquely gendered case for why the city should abandon its emphasis on clearing major highways that make it easier for cars to make their way to the city center.

Helldén’s proposal is modeled on a similar initiative begun last year in the small Swedish city of Karlskoga, about 150 miles due west of Stockholm. After a careful review, the municipality of less than 30,000 adjusted the order in which streets were plowed in order to better align with the schedules of a busy parent’s day. Now, they focus first on areas around day cares and schools — where parents stop in before work — before moving on to office districts and then main roads.

This cartoon (in Swedish) explains the changes in Karlskoga’s plowing practices towards focusing on bike lanes, pedestrian areas, and schools — the places adults, especially mothers, visit first in the morning.

The concept of this realignment is being sold as a sort of feminist proposal, but also as good overall public policy. “You have to look at how a modern city functions today. There are completely different transportation patterns around,” Helldén told the Svenska Dagbladet (translation from Sveriges Radio). The changes, which would also include an emphasis on transit hubs and bike lanes, might make even more sense in a city where, as of 2006, less than half of the region’s commuters drove a private car (and that proportion has since shrunk considerably).