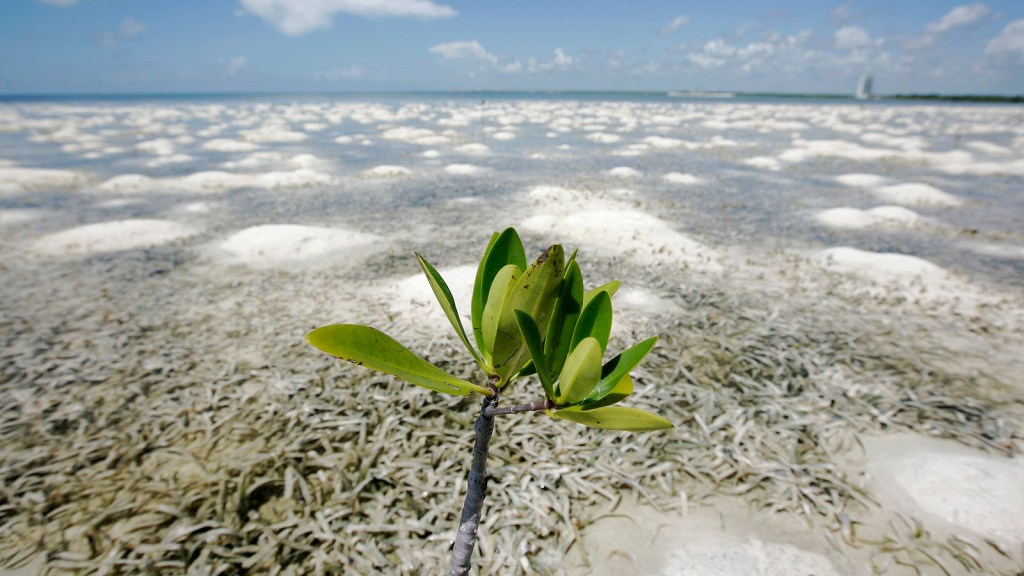 A mangrove plant grows on a shore in Cancun. Reuters/Gerardo Garcia
Cities

When it comes to fighting environmental battles, low expectations are kind of the name of the game. So when a group of warm-hearted kids tries to stop a massive development project in the name of environmental protection, they ought to be met with immediate and soul-crushing failure, right?

But, as we’ve seen recently in Washington, the tide may be turning! As Quartz reports, a group of 113 youngsters in Mexico garnered a big win for their local community — and, you know, the air and water around them. They petitioned a judge to halt the pending destruction of 170 acres of mangrove forest in Cancún to build a mixed-use resort development, arguing that they have a constitutional right to a healthy environment. The judge apparently agreed that fancy new homes, shops, and a boardwalk didn’t quite fit that definition.

Mexico’s tourism development agency put this project in the works more than two decades ago, and if it doesn’t go forward, investors stand to lose something like $900 million, Quartz reports. But, as one four-year-old explained to Quartz, “If we cut everything down then we’re going to die. … Trees help us breathe.” That’s a compelling point — and makes it pretty hard to give a shit about those investors, $900 million or no.

Here’s Quartz with more on the unfolding drama:

The recent suit is the first filed in Mexico advocating for the collective rights of kids over corporate interests in order to protect the environment, said Carla Gil, the group’s lawyer, in an interview with Quartz. (Earlier this year, a group of children in the US filed a case using similar arguments to force the Obama administration to act on climate change.)

Antonella Vazquez, the mother of a plaintiff, says it’s important for children to raise their voices, even at the age of five, like her daughter did. For generations, Mexicans have had the defeatist attitude of “What for? Nothing is going to happen,” she tells Quartz.

Given the pace of development in Cancún, if her daughter doesn’t speak up, “there’s going to be nothing left for her,” she adds.

While a great success, this isn’t all puppies and rainbows. The judge also ordered the kids to pay a bond of $1.2 million to compensate developers, according to Quartz. To which the kids’ lawyers were like, “Uhhh, are you serious?” They’re arguing that that ruling shouldn’t apply to minors — because, you know, there’s simply no way they could have $1.2 million.

Fortunately, this is 2015 — so even if the kids do have to pay up, they’ll at least have access to the biggest piggy bank of all time: online crowdsourcing. If it comes down to it, environmentalists the world over — who have seen more than their fair share of disappointment — will surely be willing to shell out to help them.