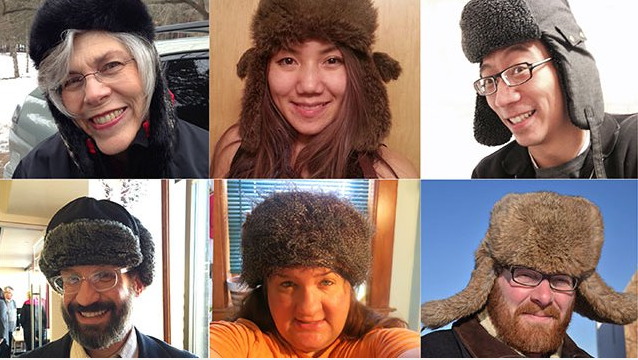 The John S. and James L. Knight Foundation held its first-ever Cities Challenge this year. The goal: to encourage people to think up ways to get people involved in their communities, create economic opportunities, and attract smart, creative-types to their cities. The foundation (which has funded Grist) received about 7,000 proposals, but in the end, just 32 winners were selected to split $5 million to make their projects come alive across the country. We thought we’d give an extra shout-out to seven of our favorites:

The Science Barge: A good chunk of Miami, Fla., will be underwater in the not-too-distant future. So it makes sense that Nathalie Manzano-Smith and CappSci Inventors are going to spend their $298,633 prize on a floating urban sustainable farm and environmental education center — all powered by renewable energy!

ArtHouse: a Social Kitchen: The Rebuild Foundation scored $650,000 to do battle with Gary, Indiana’s ghost town status. The organization will repurpose an unused downtown space as a café and culinary incubator to bring in visitors and create much-needed jobs in the city.

Urban Arboreta: The City Parks Association of Philadelphia received $65,000 to transform vacant city land into urban forests. Once grown, the trees will be replanted throughout Philly and its parks.

Better Block International Hostel on Airbnb: To combat the problem of too many vacant houses in Akron, Ohio, Better Block secured $155,000 to convert a vacant property into an Airbnb hostel and cultural hub in the North Hill neighborhood. Better Block also seeks to engage the city’s growing Bhutanese refugee population in the development process.

Minimum Grid: Maximum Impact: MidTown, Inc. of Columbus, Ga., will use its $199,195 award to create a network of bicycle and pedestrian paths throughout the city, including 24 neighborhoods and the city’s entertainment district.

Houslets: Houslets has developed a temporary solution to the Bay Area’s desperate need for affordable housing. With $40,000, the group plans to test a new type of low-cost, modular building method for micro-homes and apartments in fast-growing San Jose.

Rolling Out the Warm Welcome Hat: Jun-Li Wang, a community organizer in St. Paul, Minn. won $67,288 to — get this — give every newcomer a warm hat. However, with flooding on the rise in the Midwest, an alternative gift could be a sweet pair of galoshes.

And here’s an extra one for funsies, just because it made us LOL: