Milan wants to pay people to bicycle to work 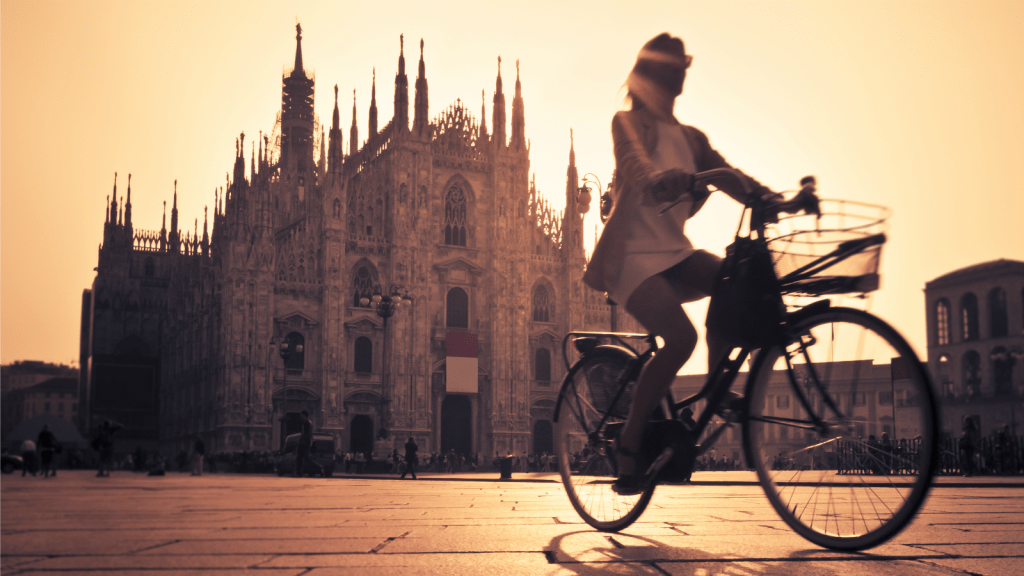 Milan wants to pay people to bicycle to work

As the Starbucks empire makes humble plans to open its first shop in Italy, the city it’s moving to — Milan — plans to give a different sort of bucks away.

To combat air pollution, Milan officials hope to pay commuters to bike instead of drive to work. The Guardian reports that the system will be based loosely on the French program tested in 2014, which paid employees 25 Euro cents for each kilometer* they biked to work.

Milan’s air needs all the help it can get. Named the “pollution capital of Europe” in 2008, the city continues to struggle with dirty air. In December, Milan instituted a three-day ban on private cars due to heavy smog.

Which raises another point: Who wants to cycle to work on streets clogged with toxic emissions, anyway? Critics of the proposed program point out that a host of factors affect a person’s decision to bicycle to work, like the availability of bike paths, places to park your bike, and showers.

In the French pilot program, 5 percent of 10,000 total commuters ended up switching from driving to biking. This success encouraged copycat initiatives, including one that launched last year in a smaller Italian town, Massarosa. Programs like these are a sign that clean, personal transportation is becoming fashionable. After all, we’re talking about Milan — the world’s renowned arbiter of all things vogue.

Here’s to hoping this program will prompt the penny pinchers among Milan’s 1.25 million residents to step off the gas pedal and onto bike pedals instead.

*Correction: An earlier version of this article used miles instead of kilometers. Grist regrets the error and has sentenced the author to a four hour training session on the metric system.