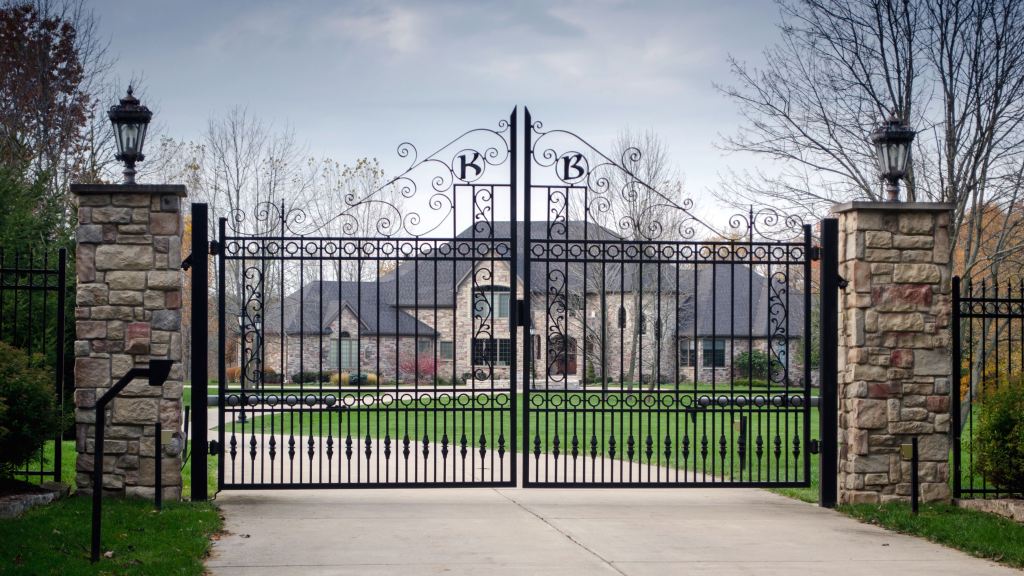 You may be under the false impression that rich people now typically live in cities. Your confusion is understandable. The gentrification trend in a handful of coastal cities has been blown way out of proportion by journalists who happen to live there, when far more urban neighborhoods remain mired in poverty. Other journalists promote “demographic inversion,” the catchy counterintuitive idea that cities are becoming rich and the suburbs diverse. And every day you are subjected to a drumbeat of articles that conflate cities with their much larger metropolitan regions.

In fact, the rich remain overwhelmingly in suburbs. Look at the Census data, and you will see that every major city — even the most gentrified ones such as New York, San Francisco, and Washington, D.C. — remain poorer than their surrounding counties. In more typical cities such as Buffalo, Philadelphia, Baltimore, or Cleveland, average median incomes are far below that of their suburban neighbors.

Indeed, the best examples of diversifying suburbia in these regions proves not demographic inversion but its opposite. Inner-ring suburbs like Ferguson, Mo., that are now beset by traditionally urban problems have seen their more affluent residents flee not to the city but to newer, farther-out exurbs.

This is bad news for the environment. The constant push to expand the urban periphery paves over undeveloped land and requires carbon-intensive activities, from cutting down trees to mixing asphalt. Once they get to the suburbs, people consume more energy to heat and cool their larger, detached homes, water their bigger lawns, and drive more frequently and farther.

Meanwhile, the segregation of the suburban middle and upper classes from the inner-city underclass exacerbates our growing inequality. Poor communities have poorer schools, less social capital, and less access to jobs.

It’s important for Americans to understand that these problems — our racial and socioeconomic segregation, our Gilded Age levels of wealth inequality, and our enormous carbon emissions — would all be mitigated through urbanism. (A 2009 National Research Council report found that if new housing units in metropolitan regions were twice as dense as the current average, along with better mass transit and inner-city job concentration, annual emissions would drop 7 to 8 percent by 2030.)

But the media is muddying the issue. Consider a Feb. 23 item on The Washington Post’s Wonkblog headlined: “The wealthy are walling themselves off in cities increasingly segregated by class.” The story was based on a new study of residential segregation by income, education, and occupation by Richard Florida and Charlotta Mellander of the University of Toronto’s Martin Prosperity Institute.

The study was titled “The Segregated City,” but it wasn’t a study of just cities; instead, it looked at metro areas, which include not just their titular cities but all the suburbs and satellite cities.

Cities are sexier than metro regions. Even the smartest news outlets frequently succumb to the temptation to headline an item about metros with a reference to cities. For example, this post on FiveThirtyEight asks “How Your City’s Public Transit Stacks Up,” and then compares ridership across metro areas.

I don’t want to throw stones out of a glass house, as I’ve probably done the same thing. But we should all be more careful, because the distinction matters. What Florida and Mellander’s study found is that the rich and the poor are intensely segregated by Census tract within metro areas. The principle reason for this, according to Florida, is that the rich remain overwhelmingly concentrated in suburbs — not in cities, as the Wonkblog headline would have you believe.

In addition to the suburb-versus-city segregation, suburbs are themselves typically more economically segregated than cities, because they do not offer as wide a variety of housing types. A suburban town that requires each house to sit on its own lot of no less than, say, one-quarter of an acre, makes all the housing unaffordable to low-income workers. It also raises our society’s carbon emissions.

The urban-suburban dichotomy explains one of the study’s oddest findings. Florida and Mellander compiled their different measures of segregation — including income, occupation, and education — into one aggregate ranking of the largest 51 metros by socioeconomic segregation. The top 10 are mostly sprawling Sun Belt areas like Dallas, Houston, San Antonio, and L.A. But No. 6 is New York. New York City is by far the densest and most transit-friendly city in the country. The eighth and ninth most segregated regions Philadelphia and Chicago, respectively. Philly and Chicago are the fifth and fourth densest large cities in the U.S., after New York, San Francisco, and Boston.

Could it really be that our densest, most transit-friendly cities are also our most segregated? In other words, is it possible that creating a more climate-friendly civilization will mean creating walled-off urban enclaves for the rich?

Remember, the study was of metro areas. If it were just about cities, you might say it proves density and transit do not to actually correlate with socioeconomic integration. Sorry, Joel Kotkin, but that’s one talking point you can’t have. This is a study of metros, and the reason you see so much segregation is primarily because the affluent of even the New York, Chicago, and Philadelphia metro areas mostly live in the suburbs.

Those suburbs have more in common with all other suburbs than they do with the cities they are near. The New York suburbs, for example, are less dense than the suburbs of L.A. They are also mostly segregated economically. And given the strong correlation between race and income, that tends to also mean racially segregated. (For example, in 2011, Scarsdale, N.Y., one of the New York metro’s fanciest suburbs, had a median income of $220,119 and the school district was only 1.3 percent black.)  “Where you see the high-level of homogeneity, to my mind, is in the suburbs — that’s where you see real segregation by race and income,” says Florida in an interview with Grist.

American metros are shaped like donuts with the poor outlying urban neighborhoods forming the ring of dough. The space around that is the wealthy suburbs. And the hole in the middle is the concentration of white-collar professionals in the urban center. “The people who have the resources are purchasing the homes in the best urban neighborhoods and the best suburban neighborhoods,” says Florida.

Last year Florida and several of his other colleagues produced a report, “The Divided City,” that is filled with maps illustrating this pattern. Looking at the maps, you can see that in the most impoverished and troubled cities, like Detroit, the downtown creative class area is minuscule. It is significantly bigger in Chicago and New York. Thanks to variation in their housing types, these neighborhoods retain more diversity than the richest suburbs. Referring to some of New York’s gentrified inner-city areas, Florida says, “SoHo, Tribeca, and Brooklyn Heights are rich and white. But still, in those neighborhoods — because of rent control and other affordable housing — you’re going to see more racial and ethnic diversity.”

Another way you will see more diversity in those New York neighborhoods is that you will encounter people in them, such as shoppers and workers, who do not live there. As Florida readily agrees, measuring residential segregation only tells part of the story of what people experience in their daily lives. The Orlando metro area ranks as the least socioeconomically segregated large metro. But when you walk out of your house in Orlando, the only place you see is your car. In dense, walkable, and transit-accessible cities, you’ll come into more contact with people who do not live on your block, but with whom you may share a shopping street or subway station. Urban sociologists have not yet figured out quite how to measure and compare this across cities, but they will tell you it’s a meaningful distinction.

So the correct interpretation of this study is actually an urbanist one: America remains problematically segregated by race, income, and educational attainment. That exacerbates inequality. Some areas accumulate privilege while others lack access to opportunity. The affluent and highly educated are concentrating themselves in certain suburbs and a small handful of core urban neighborhoods. “Spatial patterning, the way inequality is baked into our geography, is the problem,” says Florida. “It means affluent people have access to better schools, and other amenities like libraries, that reinforce social advantages from one generation to the next.”

Florida and Mellander find that most inner-cities are not experiencing the widely-touted return of the rich. “The idea of a ‘great inversion’ is incomplete,” says Florida. “Our measures are still refracting an urban-suburban divide.”

The central challenge here is racism. Rich white people are more tolerant of living with poorer people when they too are white. As Florida and Mellander write, “The segregation of the poor is positively associated with the share of the population that is black and Asian.” The cities with the least income segregation are often cities with small African-American populations. The metros with the second and third least socioeconomic segregation are famously white Minneapolis and Portland. “Outside of superstar cities like New York,” says Florida, “black neighborhoods aren’t gentrifying.”

This dichotomy exists even within metros. As Florida says, impoverished, crime-ridden Newark is far more representative of the American city than its glittering cousin across the Hudson River.

Older cities like Newark, Baltimore, Detroit, and Philadelphia, that have lost up to half of their peak population, must get infused with more residents if we are to densify our living patterns and lower our carbon emissions. There will also always be many Americans in the suburbs, which is why they must become denser and more integrated.

Contrary to what you may read online, the rich are still overwhelmingly concentrated outside of the inner-city. To lower our carbon footprint, we need to densify and integrate the already-built suburbs and — instead of throwing up new subdivisions and strip malls on the farthest outskirts of suburbia — bring more people of all incomes back into the denser urban core.

So we need policies that force integration and densification, like putting affordable, transit-oriented housing in rich suburbs. We can also incentivize returning to the urban core instead of spreading outwards by revoking tax preferences for sprawl. Even better would be taxing the larger carbon emissions of suburban living. Low-carbon living and socio-economic integration go together, and we’d better get started on both.