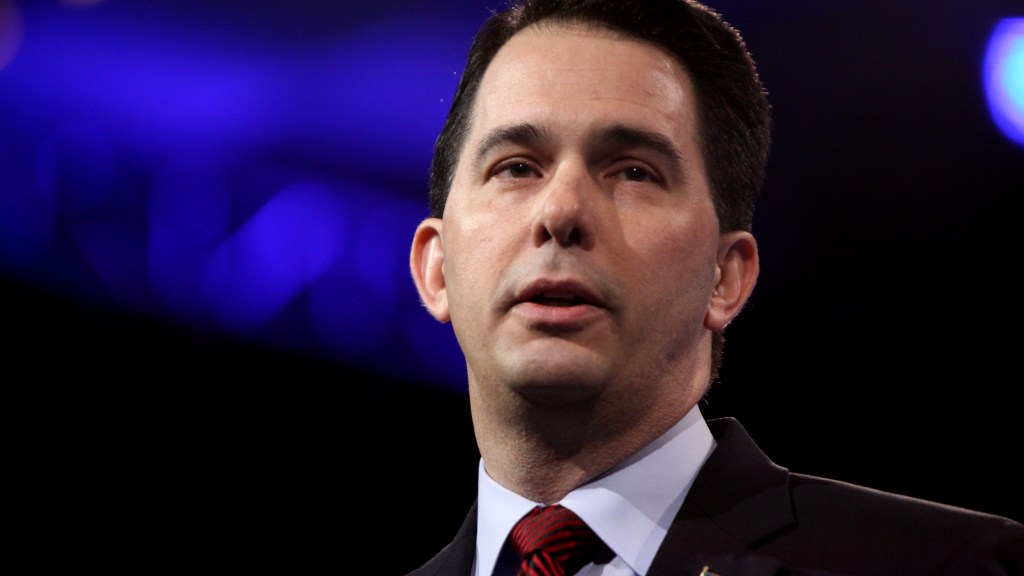 As the Republican governor of Wisconsin, Scott Walker has resisted the federal government’s support of the biofuel industry. But last weekend, within the borders of corn-rich Iowa — the state upon which Walker appears most intensely focused for his all-but-announced presidential bid — he sang a different tune. Joining other potential candidates at the Iowa Ag Summit, Walker said he was “willing to go forward on continuing the Renewable Fuel Standard,” a federal policy that requires fuel used in the U.S. to contain at least 10 percent “renewable fuel,” usually ethanol and other biofuel.

As the Milwaukee Journal-Sentinel noted, this represents a complete about-face for Walker, who made enemies in Wisconsin for his long resistance to robust ethanol subsidies. Corn is Wisconsin’s most important crop, and in 2012, the state was the nation’s second-biggest ethanol exporter. In January 2014, Walker stayed quiet on a federal proposal to cut ethanol use by 3 billion gallons. That silence angered biofuel producers in the state, according to the Journal-Sentinel, as well as the governors of nearly every other Midwestern state, including Iowa’s Terry Branstad.

Walker’s opposition to the federal ethanol mandate stretches back to 2006, when he was the Milwaukee county executive running for governor. The Renewable Fuel Standard (RFS) was a year old, and it was considered a viable way to reduce U.S. use of foreign oil, improve the environment, and help out American farmers. However, Walker said, “it is clear to me that a big government mandate is not the way to support the farmers of this state.” Bruce Pfaff, Walker’s then-campaign manager, told Wisconsin’s Daily Reporter, “How can you justify the mandate when it is not proven whether or not it will help gas prices, the economy, or the environment?”

Indeed, studies have found that ethanol is worse for the climate than fossil fuel. Though the mandate has been a boon to corn producers — 40 percent of American corn is now used for biofuel — it also caused food prices to rise in the United States and abroad. Beyond that, given the recent increase in fossil fuel production in the U.S., environmental groups and taxpayer organizations are arguing that continued federal support of ethanol production — once considered an important alternative to foreign oil — is unnecessary.

But in Iowa, which produces nearly a third of U.S. ethanol, the industry is far from unnecessary. The RFS will expire in 2022. This past weekend, Walker said that he’d continue the mandate, but he added that he hoped the United States will eventually not need it.

Walker’s evolution on the issue is already handing his critics and opponents ammunition. The conservative blog Hot Air called Walker’s stance a “big let down.” It praised the lone conservative who opposed RFS last weekend: Sen. Ted Cruz. “I recognize that this is a gathering of a lot of folks where the answer you’d like me to give is ‘I’m for the RFS, darnit.’ That’d be the easy thing to do,” Cruz said. “I’ll tell you, people are pretty fed up, I think, with politicians who run around and tell one group one thing, tell another group another thing.”

Walker’s enemies in the Democratic Party let loose too. DNC spokesman Jason Pitt told the Wisconsin State Journal, “If Scott Walker thinks pandering on ethanol is going to convince people he’s anything but backwards on energy and the environment he can think again.”