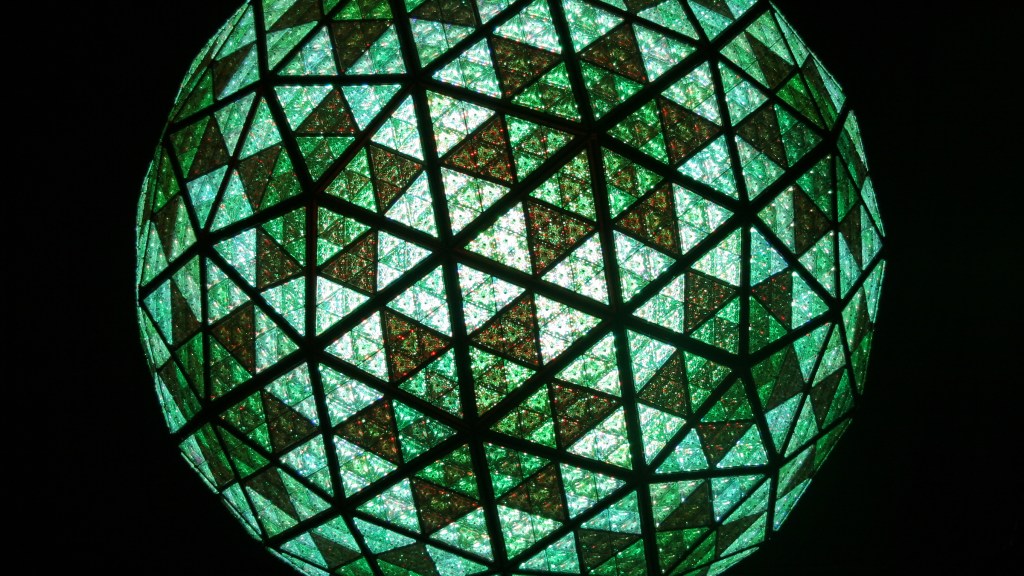 That is what the venerated Times Square New Year’s Eve Ball will look like this year, according to a Friday press release from the Times Square Alliance. The human energy will come from six stationary Citi Bike bicycles set up in Midtown, that people were invited to ride this weekend to generate kinetic energy for the ball.

The energy, which is collected from the bikes and stored in batteries, will eventually be transferred to the New York City power grid to offset the energy needed to light and eventually drop the New Year’s Eve Ball, according to the release.

“With the year’s biggest party being powered by Citi Bike pedals, the world is in for an even more electrifying experience when the ball drops,” city Transportation Commissioner Janette Sadik-Khan said in a statement.

The news marks the latest green evolution for New York’s New Year’s Eve Ball, which in 2008 marked its 100th anniversary by replacing its halogen quills with light-emitting diodes, or LEDs. The result, according to the New York Times, was a ball that used 87 percent fewer watts per bulb, and cut the old ball’s 30,000 watts down to about 15,000 watts.

For the 2012 New Year’s Eve celebration, the ball used bulbs called AmbientLEDs, which reportedly consume up to 80 percent less energy than traditional incandescent bulbs. Philips Lighting, the maker of the bulbs, estimates that consumers could eliminate 87.5 million metric tons of carbon dioxide if everyone in the U.S. transitioned to the bulbs.

Though it seems New York City will have the only ball powered by bikes this year, it is not the only city that has taken steps to make its New Years’ celebration more energy efficient. Grand Rapids, Michigan will use about 80 percent electricity for its New Year’s Eve ball drop on Tuesday by using LED bulbs, according a Monday press release from Consumers Energy, which is supplying the bulbs.

That ball will use a little more than 24 kilowatt hours of electricity during the six hours it will be lit, compared to 116 kWh in past years. The press release notes that the electricity savings could power 115 videogames for the same amount of time, or light 18 average Michigan homes for a day.