Should California give subsidies to people buying bicycles? 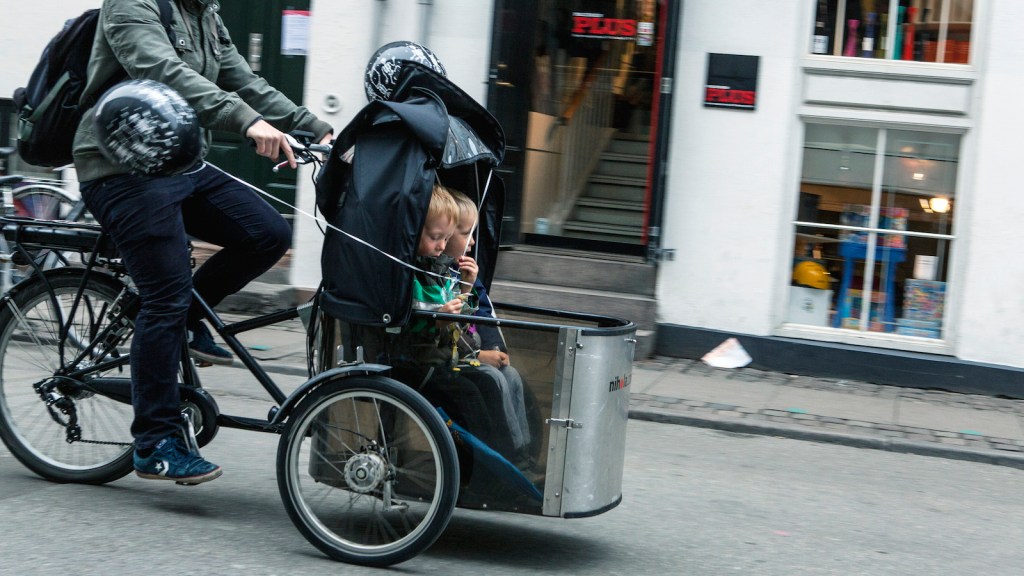 Should California give subsidies to people buying bicycles?

Say you live in California. Like the good Californian you are, you want to move your person around town in a way that doesn’t contribute to constricting the lung capacity of the adorable children in your neighborhood. So you scroll through the list of approved clean vehicles on the Clean Vehicle Rebate Project (CVRP) website, choose the one that you like best, buy it — and then wait for the state of California to cut you a check for between $900 and $5,000 in gratitude for your civic-mindedness.

There’s just one hitch: That vehicle has to be either a car or a motorcycle. This, according to the California Bicycle Coalition, is some bullshit. The state of California has spent $287,431,400 on the CVRP since 2010. Half of that money has gone to households that make over $150,000, according to recent testimony given by a representative of the California Air Resources Board. The lungs breathing that cleaner air are lungs that live in some fancy zip codes, while areas with bad air quality collect barely any CVRP rebates, because they’re home to people who, for the most part, can’t shell out the $30,000+ price tag for even a low-end electric or hybrid vehicle.

As you might expect, the California Bicycle Coalition has a plan. It’s called the Bicycle Purchase Incentive Pilot Program, and would rebate up to $500 off the cost of a commuter bike, with half of the $10 million proposed for rebates reserved for people who make 80 percent or less of California’s statewide median income (currently $61,320). Definitions of what a “bike” is are fairly broad — that bike could be a cargo bike, an electric bike, a folding bike, or a bike-share membership (if the bike share is in a “disadvantaged neighborhood”).

Is this a good idea? After all, the CVRP program was partly about technology — creating an incentive to buy more expensive, high-tech electric or hybrid vehicles. Does the bicycling industry need that kind of a push? Bicycle technology is less complicated than car technology — partly because, unless you shell out for an electric bike, the battery is going to be you.

But the case could be made that bikes designed for commuting could also do with a ride on the subsidy train. For one thing, the more hardcore commuter bikes — the ones designed to do some serious schlepping of babies, groceries, or whatever else you have that needs hauling — are expensive. When Grist’s Nathanael Johnson went looking for one three years ago, he was told to not even consider a model that cost under $2,000 — below that price point, you were buying something with substandard components that would wind up taking you to the bank in repairs.

The same is true of folding bikes — which are useful for commutes on public transit that either forbid or restrict the number of full-sized bicycles allowed on board. Even a regular bike, if you want something that is going to be reliable, is going to cost you. I liked working on old bikes (The weird parts! The shop talk! The finally getting things to work!), but all the used bikes that crossed my path were designed for something different than the way that I was using them. The ’70s racing bikes were not great for carrying groceries or riding over glass or potholes. The ’90s mountain bikes were great at potholes, but not so great when it came to speed. A 4,000 lb 1960s Schwinn cruiser was a delight to ride, so long as I never had to stop, start, or pedal uphill.

When I finally felt prosperous enough to buy a new bike, I plunked down $1,000 (plus several hundred dollars in anti-theft modifications) on a lightweight chromoly steel workhorse with standard parts. At the time, it was a scary purchase — outside of my computer (and college), I had never spent that much money at one time before. It proved to be one of the soundest financial decisions I’ve ever made. But then, I am bike people. I went for years with an expired driver’s license, and only renewed mine after I decided to get a car-share membership to move furniture around.

I was never going to be anything other than bike people. Should the state give people like me money to buy nicer or different versions of the bicycles we already have? Would word get out to the people who actually use them to get to work, or would they be snapped up by bike nerds looking for another addition to their stable? One thing about a car — it’s such a big-ticket purchase that you know that it’s going to get used. Would people actually use these bikes for commuting? Or would that e-bike be just another trophy on the garage wall of a Menlo Park dentist?

It’s hard to say. Bike shops in any neighborhood would definitely have an incentive to educate people about a rebate program. It does seem like such a plan could bring new people into biking, or keep existing riders who might otherwise switch to cars (like new parents). It’s a good sign that the plan reserves funds for less-than-median-income residents.

The most convincing argument, though, is parity. If we’re going to subsidize one form of low-carbon transportation, it only seems fair to look seriously at subsidizing the most low-carbon form of transportation.