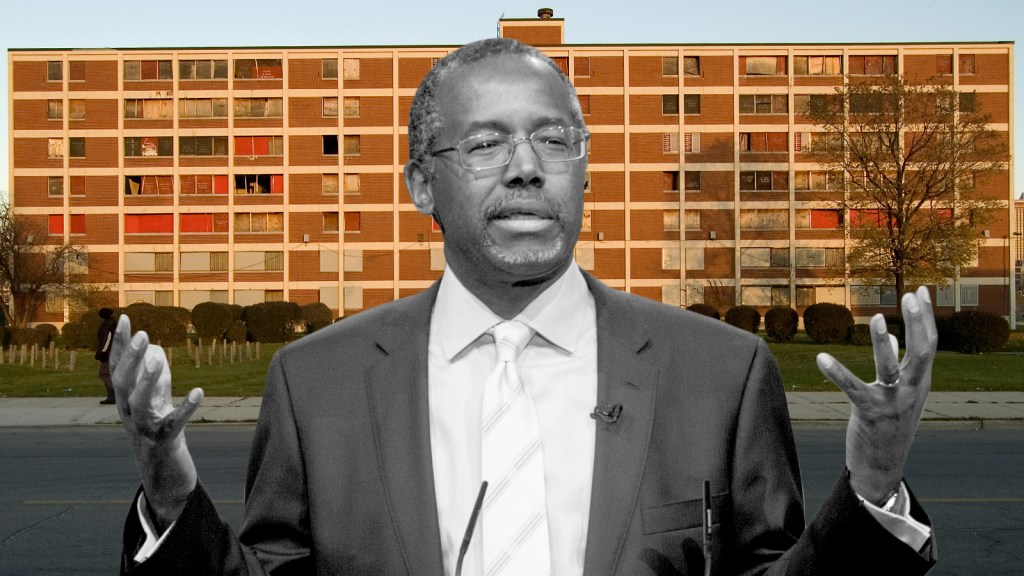 It’s no secret that Donald Trump’s cabinet picks have questionable credentials, but perhaps none is as unqualified as Ben Carson, nominee for secretary of housing and urban development.

The retired neurosurgeon and former candidate for president has no experience in management, government, housing, or urban policy. The best he could offer when asked by Fox News for his relevant expertise was, “I grew up in the inner city.” And he appears to be outright hostile to the department’s mission. In an op-ed column last year, Carson derided HUD’s work on desegregating housing as “failed socialism.”

Advocates for affordable housing and big-city mayors are unnerved by Carson’s appointment. The best thing they can say about the nominee is that he is such an unknown quantity that he may not be as bad as they fear. But what they fear is that he will mix incompetence, borne of inexperience, with right-wing ideology, resulting in the destruction of many of HUD’s programs.

“The best-case scenario is that he comes in and really does on-the-job training,” says Amy Liu, director of the Metropolitan Policy Program at the Brookings Institution. “The worst-case scenario: He takes that blank slate and fills HUD with a bunch of ideologues. They will then carry out the conservative playbook and dismantle programs.”

Right-wing recommendations for what Carson should do at HUD have recently appeared in conservative policy magazines like City Journal and even low-brow tabloids like the Daily Caller. Conservative housing ideas are also being pushed by House Speaker Paul Ryan in his “A Better Way” domestic policy vision and by free-market think tanks in white papers.

These documents and interviews with experts point to six main ways in which Carson is likely to undermine affordable housing.

Ryan and other Republican leaders and conservative policy wonks want time limits and work requirements for anyone who is “work-capable” and receiving housing assistance. The fact that such requirements for welfare payments have actually increased the share of families living in poverty apparently doesn’t dissuade them.

It’s unclear how Ryan would define “work-capable.” He ignores the fact that, in addition to elderly and disabled residents who aren’t able to work, many public housing residents are primary caregivers for an elderly or disabled relative. Other public-housing residents have jobs, but simply can’t pay the soaring market-rate rents in their cities. Without help from HUD, they — and their kids — could wind up on the street. The number of homeless children is already at a record high — 1.36 million for the last school year.

It’s an article of faith among movement conservatives that the private sector is always better than the government at delivering services, evidence to the contrary notwithstanding. So conservatives have proposed paying private management companies to run public housing.

The results would likely replicate the disasters of the Reagan era. A management company can boost profits by being thinly staffed and slow to respond, so for many residents, private management would likely worsen conditions in their buildings. Just ask the inmates at private prisons.

Private companies also have an incentive to oust those considered most likely to miss a rent payment, which means the most vulnerable people, like single mothers or those with disabilities. “It could mean a lot more people get kicked out,” says Liu. “You could end up with slumlords, you could end up with corruption.”

Part of HUD’s mandate is to combat housing segregation and help create diverse neighborhoods. Under President Obama, the department took modest measures, such as suing some local governments, putting out recommendations for zoning reform, and issuing a rule in 2015 that requires local governments to analyze their housing patterns for racial bias, report the findings to HUD, and create plans to increase integration. Cities that don’t comply could see their federal housing funds withheld.

In a 2015 op-ed for the Washington Times, Carson blasted that rule as a “social-engineering scheme” that would have unintended consequences. (Trump, who in the 1970s settled a lawsuit that HUD had brought against him for discriminating against African-American prospective tenants, probably shares Carson’s dim view of fair housing rules.) So Carson is likely to impede implementation of the 2015 fair housing rule and ultimately try to repeal it.

Carson might also shut down or scale back HUD’s other fair housing enforcement programs, like lawsuits against local governments that aren’t following the law. The result, as it was under Reagan, would be worsened segregation as well as diminished job and education opportunities for the urban poor.

“He has power over staff time and focus,” says Christopher Coes, vice president for real estate policy at Smart Growth America. “He could instruct HUD not to file lawsuits or do investigations against communities that are maybe discriminating. He could say, ‘That’s not a priority of my department any more.’”

Housing advocates would like to see HUD’s budget increased by at least $1.5 billion so that housing vouchers can keep pace with rents, which are rising faster than wages. Without the extra money, the National Low Income Housing Coalition estimates that 100,000 families will lose their housing vouchers next year, putting them at risk of homelessness.

Don’t expect Carson to push for more funding. He’s likely to go along with Trump’s “Penny Plan,” which would cut domestic discretionary spending 1 percent per year, starting from the already-low spending levels set by Congress after Republicans took over in 2011.

“Sequestration plus the ‘Penny Plan’ would cause many families to lose their housing,” says Sarah Mickelson, the National Low Income Housing Coalition’s public policy director.

But Carson is a climate science denier, so he isn’t likely to support these programs. “He could say HUD will never work on climate resilience,” Coes warns.

Conservative activists mostly oppose smart growth and urbanism as communist efforts to force everyone out of their cars and into high-rise apartments. Congressional Republicans defunded HUD’s Office of Sustainable Communities, which worked on linking affordable housing with mass transit, walkable streets, and mixed-use neighborhoods. The Trump administration may go even further and eliminate the Partnership for Sustainable Communities, which Obama created to coordinate efforts between HUD and other agencies to facilitate smart growth investments.

Coes says he hopes that, as a doctor, Carson will come to appreciate the health benefits of walkability and the programs that encourage it. The Choice Neighborhoods program, for example, aims to turn bereft, isolated housing projects into mixed-use neighborhoods with amenities that residents can walk to. But being a doctor hasn’t stopped Carson from spouting all sorts of ignorant nonsense about science and even public health issues like vaccination.

One message Trump is sending with his comically unqualified cabinet nominees is that it’s better if government doesn’t function properly. Carson will probably be one of the picks who proves how disastrously wrongheaded that is.