Fourth in a series on tackling poverty while protecting the environment.  Read the intro.

The settlement of Cristóbal Colón, like most tiny towns scraped into the backcountry, was rough. There were no jobs in the rural community in western Ecuador, so people were leaving to eek out a meager existence in the capital. Houses were empty and alcoholism was a serious problem, Maria Quezada, a longtime resident of Colón, told me. “For those that remained there was only one option: clear the forest and establish plantations,” she said.

Most of the surrounding Chocó rainforest had already been chopped down for cattle ranching, cocoa plantations, and plywood companies. So when a timber company cut a logging road into the forest near the town, the area was primed for deforestation.

But this isn’t the standard story of paradise lost. It’s a story about how economic development can save the environment. In the last piece, I described a conservation project that failed because it put the environment before people. The people in Colón reversed that formulation and, by getting the economics right, they have also reversed what seemed like an inevitable trend toward deforestation. The forest — and the town — are rebounding.

“Families have come back to their houses because now there is sustainable industry,” Quezada said.

That industry consists of a local timber business called EcoMadera, which provides an alternative to the big logging companies and plywood factories. It pumps $550,000 in salaries into Colón each year, employing 66 people in a town of around 500 families — providing incomes well above the country’s norm. The company plants balsa trees on previously deforested land, which grow quickly and are ready for harvest within five years. The company is able to sustainably harvest wood while returning cleared areas to natural forest. 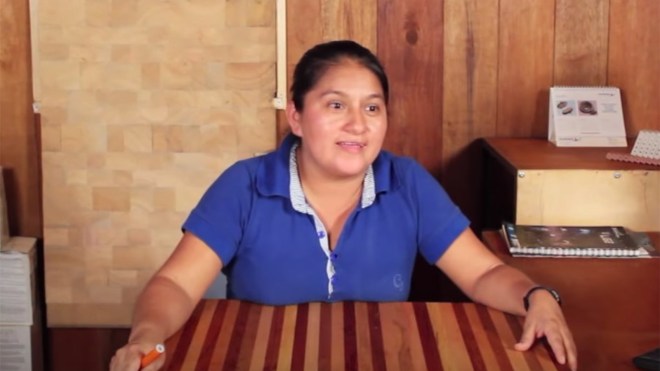 A town is born

In the last 30 years, Quezada, EcoMadera’s plant manager, has seen a transformation in her community’s approach to the forest. In 1985, her parents carried their possessions to Colón in a boat, up the Canandé river. The government had opened the area for homesteading, in much the same way the United States government opened up the middle of the country in 1864. These land reforms swept away the already much diminished rights of indigenous peoples, like the Awá and Tsáchila, who had inhabited the land long before the Inca and Spanish arrived, and treated them like any other settler: If you established a livelihood on a plot of land, that plot was yours.

But the livelihood part was easier said than done. How do you support yourself in an area where there are no roads, no electrical lines, and no farms? Well, you clear an opening in the forest, build a house, and push seeds into the earth. But subsistence farming is never enough. Even in remote Colón, a town without a grocery store, people found that they needed cash when a grandparent got sick, when tools broke, and when children went off to school.

A few years after the Quezada family arrived, men came up the river to tell the community that a plywood factory would give them cash in exchange for timber. And so the people of Colón began cutting down the forests. They worked hard. The men swung axes while the women and children hauled the wood away. The families weren’t just clearing their own homesteads; they were cutting down forests surrounding the village. The people needed money, and the government wanted the homesteaders to succeed, and so no police force descended to enforce anti-deforestation laws.

Quezada’s mother had an entrepreneurial streak — she raised livestock on cleared land, earning enough to send her children to school in the nearest city, Santo Domingo. Quezada was among the lucky ones. Other children stayed in Colón and worked. Subsistence farming and logging allowed the settlers to survive in the early days, but everyone was just getting by. The black-market prices for timber were low. Some people ended up in debt to the plywood companies. As the years went by, the town began to empty as people gave up and moved into cities, leaving behind denuded plots. 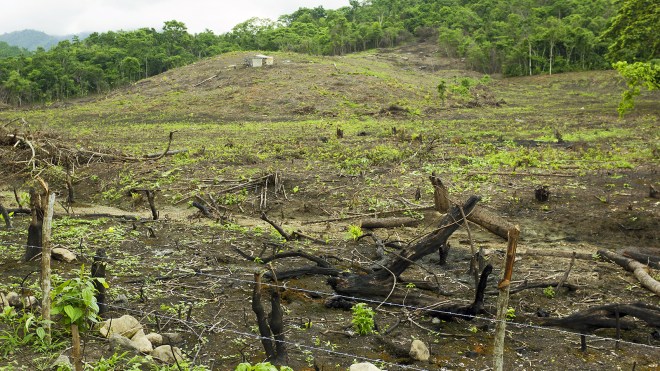 Several nonprofits and government aid organizations were operating in the region by the time Quezada finished school and returned to Colón in 1997. These groups did a lot of good work, said Peter Pinchot, a fellow at the Pinchot Institute for Conservation who later became involved with the community. But when these organizations left, “the people went back to plan A,” Pinchot said, “cutting down trees and farming in difficult, marginal soil.”

The aid organizations had worked with the people in Colón to establish local businesses, but they failed to connect to markets, which meant people went back to clearing the forest. But the community members kept mulling over ideas for making money with the development workers who passed through the town. A Peace Corps volunteer, David Smith, told Pinchot about what seemed like the most promising idea for connecting the community to the wider economy: sustainable forestry.

Quezada saw the beginnings of the project. At first, she said, many were skeptical. Like the people of Tres Reyes, Mexico (which I wrote about in the last piece), they had seen would-be do-gooders come and go. But this wasn’t a business plan hatched by outsiders. The community members, with their local knowledge, collaborated with the Peace Corps and the Pinchot Institute. And it wasn’t an impractical scheme to generate money with zero environmental impact. They didn’t want to sell butterfly-wing art; they wanted to sell wood: a tangible resource with a proven market.

Today, EcoMadera is profitable. Members of the community manage and own most of it. The company’s lightweight balsawood is shaped into the raw material used to make the long blades for wind turbines all over the world. 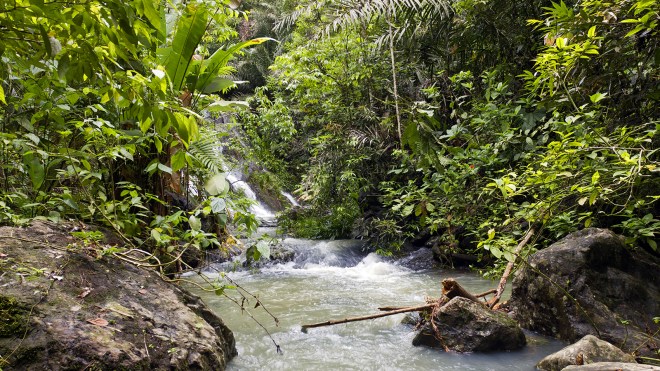 The business gave people in Colón security, and allowed them to take the long view on managing the forest. “When people move up into the bottom of the middle class, they no longer have an incentive to knock down trees,” Pinchot said.

You can see this play out all over the world. Tree canopy increases as countries become richer. Trees have made a comeback across the affluent northern countries. This trend is so prevalent that academics have given it a label: the forest transition.

Growth and prosperity allow people, like those in Colón, to reduce the strain they put on the land while also increasing — let’s not forget — the amount of energy they use. In terms of land use, people tend to go from inefficiently extracting resources from a large area when poor, to more sustainable use of smaller areas as they get more money.

When he was younger, Pinchot would have scoffed at the notion that developing a timber industry could save a forest. His grandfather, the paterfamilias of American forestry, Gifford Pinchot had stressed this point, writing, “The first principle of conservation is development.” But that seemed crazy to Peter Pinchot, who, as a young environmentalist, mostly wanted to stop development. It was only after spending time in places like Colón that he saw his grandfather’s point.

“To paraphrase Churchill, ‘Capitalism is the worst way to organize human societies, except all the others,’” Pinchot told me over the phone.

That doesn’t mean he or the people of Colón have simply embraced free-market economics — if that were the case, there would have been no need for a project at all. There’s something of a Marxist critique of capitalism baked into EcoMadera: It’s designed to deliver wealth to the community and empower women like Quezada, rather than enrich a single owner. Spreading the wealth to the people who need it most is also critical for the environment. The challenge around the world is to help poor communities skip past the ugly deforestation stage of development and go straight to the prosperous reforestation stage. That will require economic growth that actually benefits the poor.

The shift from cutting down trees to planting them goes hand in hand with a larger set of changes: increasing wealth, decreasing birth and death rates, and a decreasing share of the population employed in the extraction of natural resources — like logging and farming. The academic jargon for this larger economic shift is structural transformation (which I wrote about here). Historically, structural transformation has been the only way that large populations of people move out of poverty.

You can see signs of this kind of transformation at the micro-level in Colón. Trees are growing back in deforested areas. There’s a sense of hope — it’s become a place worth saving.

“Look, I have a daughter.” Quezada told me. “I want her to study, and to contribute and to support this community. And I want our friends, and our children to have the opportunity to be professionals, and to contribute, to manage the resources here, and take care of the forest, which is alive, for the entire world.”

The case for putting people before nature