The EPA has a plan to protect vulnerable communities. Will it work? 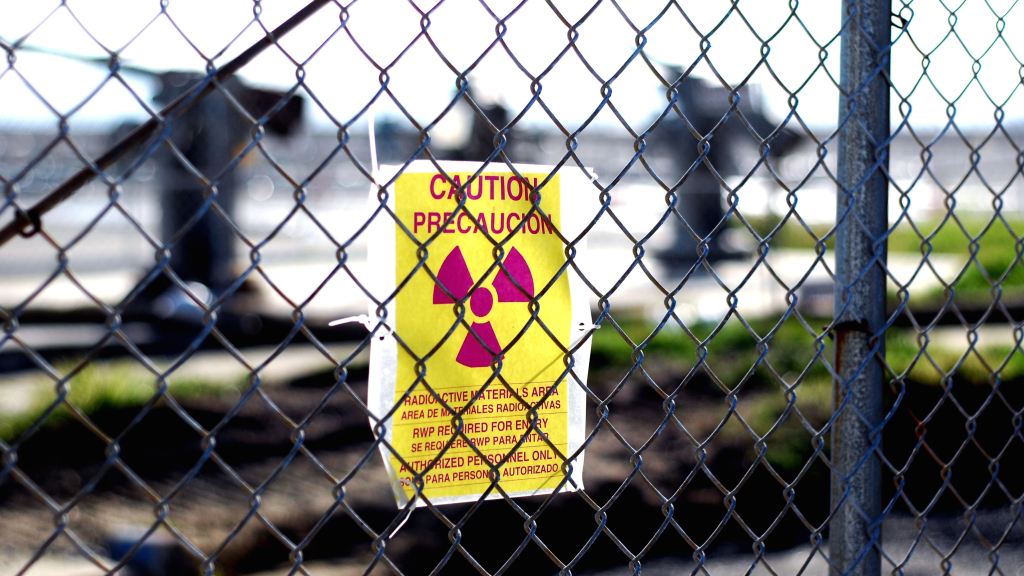 The EPA has a plan to protect vulnerable communities. Will it work?

On September 20, 2012, the U.S. Environmental Protection Agency’s Office of Environmental Justice hosted a conference call with representatives of disadvantaged communities to discuss wastewater management policies, among other issues. Scott Clow, the environmental programs director for the Ute Mountain Ute Tribe, whose land spans the Four Corners region in Utah, Colorado, and New Mexico, raised concerns about the impacts of the White Mesa uranium mill on the tribe’s drinking water supply. He had sent a letter to Utah’s radiation control division earlier that year about elevated concentrations of beryllium, cadmium, nickel, and other toxic metals found in the tribe’s aquifer, which sits just below a landfill where mine waste was discharged.

“I want to know … when the Environmental Justice people [at the EPA] will correspond with the other programs, when it seems like there’s an issue like this?” Clow asked. “How long does this stuff go on and on?”

Terry Brown, a staff member in the EPA’s Region 8 Superfund office, responded that the agency had discussed the issue with the state and with people working on groundwater discharges at the facility, but that they hadn’t “come to a resolution,” due, in part, to a set of “very, very complicated” consent agreements controlling activity at the landfill. On the question of how the EPA’s environmental justice policies would protect the tribe, Brown said, “I’m not sure if I can answer that today, because the [rule governing certain landfill wastes] doesn’t consider [environmental justice], and I’m not sure why.”

The discussion was part of a series of conversations hosted by the EPA to allow representatives of pollution-plagued populations to engage with federal officials about how to better infuse environmental justice considerations into policy planning. It was part of gathering public input on the agency’s strategy for ending practices that saddle vulnerable populations with unfair shares of pollution burdens, a strategy called Plan EJ 2014.

The plan was just the first step, however. Next comes the tricky business of addressing the kind of inequities and inconsistencies voiced by the Ute Mountain Utes. Which is why EPA is now updating its plans with the EJ 2020 Action Agenda, the agency’s proposed next steps for how to go harder in the paint on environmental inequities.

Earlier this month, it released a working draft of the framework for the action agenda, underscoring that it needs “to define a new set of ambitious goals for environmental justice for the coming years.” From now until June 15, 2015, the public can weigh in on the framework and help flesh it out into a fully serviceable plan, capitalizing on progress made with Plan EJ 2014.

The launch of the action agenda comes at a time when equity, sustainability, and citizen-driven environmental monitoring — all foundational for environmental justice – are making a buzz in the media. Not only that, but Hillary Clinton, whose husband signed the executive order on environmental justice, is the front-runner to occupy the Oval Office heading into 2020. (Clinton has made climate change and clean energy top priorities in her campaign, but there’s not been much mention of environmental justice at all from her yet.)

In the book, 10 scholars examine the effectiveness of EPA’s environmental justice system on various grounds, from permitting decisions to litigation in the courts. What they add up to is an unflattering picture.

Manuel Pastor, director of the Program for Environmental and Regional Equity at University of Southern California, said that the book “notes how environmental justice activism and scholarship put the issues of disproportionate exposures by race and income squarely on the federal agenda — and how that agenda was often fumbled in the face of legal issues, bureaucratic obstacles, political resistance, and even an inability to crisply define an environmental justice community.”

Two of the primary reasons for this, Konisky argues, are 1. a failure to develop clear policy guidance — which is what Plan EJ 2014 is supposed to be — and 2. inadequate coordination across the EPA’s regional offices and state agencies. That second point would apply to the Ute Mountain tribe’s frustrations around resolving the groundwater problem.

Much of the EPA’s future plans center on more discussion and contact between environmental justice communities and federal officials — public participation — but, as the Buffalo researchers found in their report, that focus has not, in the aggregate, led to more favorable and equitable outcomes for historically burdened populations.

The researchers Dorothy M. Daley and Tony G. Reames provide some recommendations for how to address this problem in their chapter, “Public Participation and Environmental Justice.” They suggest “building agile organizational capacity to partner with state and local governments,” and say it is “imperative to design systematic interventions to allow for clear identification of what works and why when addressing environmental challenges.”

Sounds like a couple good starting points for comments on how to shape that new environmental justice action agenda.