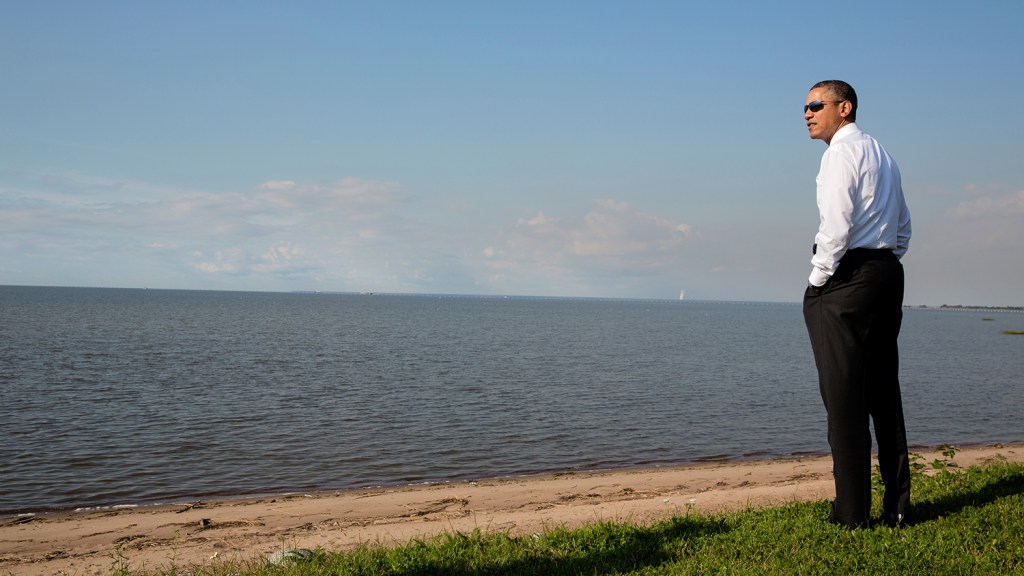 Today marks the 20th anniversary of President Clinton signing Executive Order 12898, a landmark for the environmental justice movement. The day is recognized as the moment that the federal government finally began taking seriously the racial disparities created by some of its own actions with regards to permits for polluting factories, as well as transportation systems, energy production, and natural resources conservation.

The order (its official title is “Federal Actions to Address Environmental Justice in Minority Populations and Low-Income Populations”) was made possible by a grassroots movement of people of many colors speaking out about the accumulated pollution burdens facing underserved communities across the nation.

The Obama administration has worked to restore some of the order’s powers to compel federal agencies to consider the race- and class-based impacts of permitting and rulemaking decisions. Lisa Jackson, the first African American female chief of the Environmental Protection Agency, made environmental justice a priority. Her successor, Gina McCarthy, has pledged to do the same. Obama also reinstated the Interagency Working Group on Environmental Justice, which was created by Clinton’s order but went stale under W. Bush. The group includes representatives of 17 federal agencies and the White House, all of whom pledged in 2010 to integrate EJ principles into their work.

Still, we have a long way to go. That much was evident when Obama announced his Climate Action Plan last year with little nod to the EJ framework that identifies racial and economic disparities.

That oversight notwithstanding, the president issued a proclamation yesterday acknowledging both the 20th anniversary of Executive Order 12898 and “over a decade of inaction” on it. Here’s a taste:

While the past two decades have seen great progress, much work remains. In the years to come, we will continue to work with States, tribes, and local leaders to identify, aid, and empower areas most strained by pollution. By effectively implementing environmental laws, we can improve quality of life and expand economic opportunity in overburdened communities. And recognizing these same communities may suffer disproportionately due to climate change, we must cut carbon emissions, develop more homegrown clean energy, and prepare for the impacts of a changing climate that we are already feeling across our country.

In the 1960s, Dr. Martin Luther King, Jr. consistently spoke out about the prevalence of pollution in low-income neighborhoods; the proximity of hazardous facilities to communities of color; and the dangerous and deplorable working conditions for Americans of modest means. It was this work that brought him to Memphis, Tennessee, first in March of 1968 to lead African American sanitation workers in a strike – and then, several days later, to take part in a march with these workers that was scheduled for April 5th – a day he would not live to see.

Yet, despite all that’s been achieved, research shows that low-income families and families of color are still more likely than other American families to find themselves living in communities with contaminated water and polluted soil. Their neighborhoods are still more likely to be close to industrial waste sites and more vulnerable to the placement of landfills nearby.

Efforts to pass more stringent environmental justice laws through Congress have faltered, but in commemoration of the EJ order’s anniversary, Rep. Keith Ellison (D-Minn.) is introducing a resolution asking the House of Representatives to recognize “that the laws passed by Congress have a direct impact on the health and well-being of all United States citizens,” and “that extreme disparities in environmental health persist between socioeconomic statuses and racial communities.”

The resolution reads like a litany of environmental inequities, many of them created or exacerbated by federal policy. It will be telling to see which House members vote to adopt it. I encourage you to read the whole resolution, but here are some excerpts:

Whereas African-Americans, Hispanics, and Asians are exposed to greater air toxic concentrations than Whites in every metropolitan city in the United States;

Whereas one’s race, independent of poverty, is correlated to a greater exposure to environmental toxins;

Whereas minority, low-income, and tribal communities are more exposed to air pollution based on siting of highways, power plants, incinerators, landfills, waste sites, and vehicle depots in these communities;

Whereas low income communities and communities of color have greater climate vulnerability due to lack of healthcare, dependence on public transportation and other public services, higher energy costs, less-than-adequate protection from severe weather, and higher insurance costs;

Whereas risk factors for heat-related deaths are higher for low income and people of color, and climate change will lead to an increase in frequency and intensity of heat waves, and a stronger heat island effect…

The resolution goes on to ask members of Congress to agree not to pass any legislation that violates human or environmental rights, or that will negatively impact public health or health disparities. It also asks President Obama to “explicitly address environmental justice issues in his climate change initiatives.”

This means that Obama is not off the hook when it comes to his climate action plan, which not only has grassroots activists pushing him to do more on the EJ front, but now members of Congress, too. From grassroots to federal government: That’s how it all started.