Are states actually protecting the most vulnerable with their justice policies? 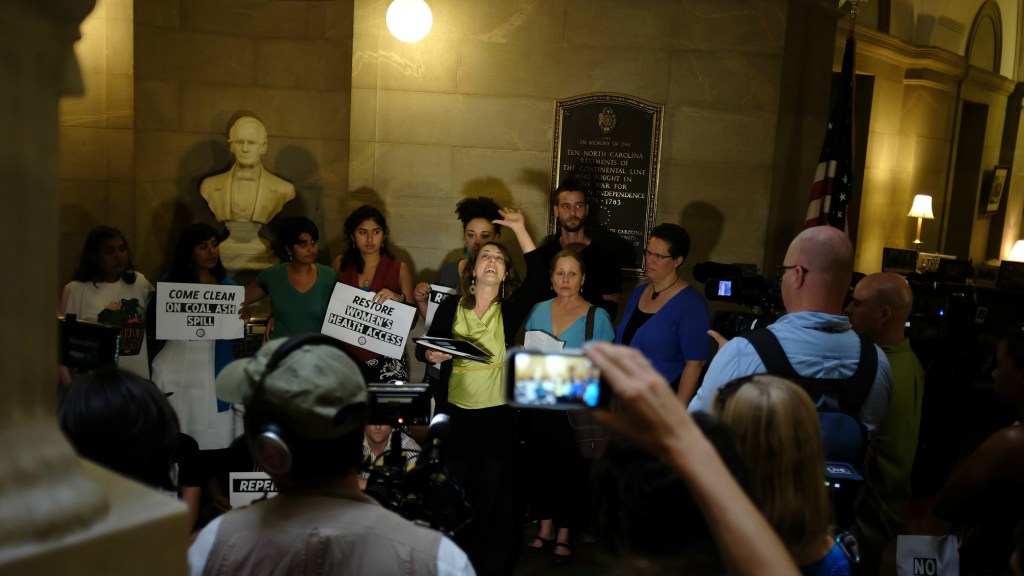 Are states actually protecting the most vulnerable with their justice policies?

When President Clinton signed executive order 12898 in 1994, there were only four states with any kind of policy resembling environmental justice — policies that are designed to protect people of color and low-income from being exposed to pollution and other environmental ills at levels higher than other populations. Today, all 50 states and the District of Columbia have “some type of environmental justice law, executive order, or policy,” Robert Bullard, one of the field’s top scholars, boasted in the report, “Environmental Justice Milestones and Accomplishments: 1964–2014,” released last year.

Similar policies have been upgraded and downgraded across the states over the years, as noted in the “Environmental Justice for All” reports produced every few years by the American Bar Association and the University of California’s Center for State and Local Government Law. “States continue to innovate in tackling environmental justice issues, and the range of approaches is growing, showing that this area of law and policy continues to mature,” reads the latest edition, produced in 2010.

But a recently released study from two researchers, Jessica Owley and Tonya Lewis, of the State University of New York Buffalo Law School, suggests that there’s little substance to most of these policies. Using New York as a case study, their report, “Symbolic Politics for Disempowered Communities,” probes the state’s environmental justice policy, which is considered one of the earliest and most effective of all the states’. Their question: Does New York’s policy actually prevent our most vulnerable populations from shouldering disproportionate environmental burdens?

Their answer: No … and yes.

According to Owley and Lewis, New York’s environmental justice policy is effective in as much as it fulfills its written goals. That said, the written policy sets a low bar, serving merely to “address” problems (however vague the definition) or “promote” staple environmental justice criteria like public participation in policymaking. But as for actually reducing harm and disparities? Not really. Instead, New York residents who live in high-risk areas for pollution and environmental harm have a policy that admits that these problems exist, perhaps to mollifying effect, but lacks functional components that would take at-risk populations out of harm’s way.

Unlike federal policy, there’s no executive order for environmental justice in New York. There’s also no law, statute, or regulation in the state that would make its environmental justice policies legally binding. Instead, there is CP-29, a policy framework that New York’s Department of Environmental Conservation uses for decisions around permitting industrial development.

It came about when grassroots activists in the late 1990s pushed then-Gov. George E. Pataki to do something about the unfair share of pollution burdens carried in the lungs, brains, and reproductive organs of black and Latino New York residents. In response, Pataki created an advisory group to seek how to resolve these problems, which led to CP-29’s creation in 2003. When he announced the framework, DEC Commissioner John Cahill called it “the most effective strategy for preventing or reducing disproportionately adverse environmental effects on low-income and minority communities.”

The superlative language there was dubious, if not flat-out specious. CP-29 requires companies to undertake rigorous consideration of the demographics of the area where they’re seeking a permit for a facility or project. This is a necessary step, reflecting a standard principle of environmental justice — making sure companies aren’t targeting predominantly black, Latino, Native American, or poor communities for pollution-producing operations.

However, the study’s authors argue that identifying environmental justice areas purely on the basis of race and/or class is a limited metric. Since we’re talking about environmental justice, permit seekers might also want to consider things like, I don’t know, the environment? The framework fails to take into account the cumulative impacts of adding further development to areas where there may be clustered pollution sources — impacts that put these communities at risk.

Pataki’s advisory group, which consisted of community-based organizers who had been tackling these problems for years, recommended that the state define an environmental justice community by examining toxic release distribution as well as demographics, but to no avail. In fact, Pataki only “sparsely integrated” the group’s recommendations into the resulting policy.

CP-29 also has no teeth. It “does not create any right or benefit, substantial or procedural, enforceable by law or equity by a party against” the state, as stated directly from the policy language. It’s for this reason, in part, that Owley and Lewis say that Pataki may have only been working to deceive the public into believing that the state would work to reduce these pollution burdens, possibly to score political points for electioneering purposes.

“If they say they are going to address disparities but they don’t even look at where the widest disparities are then I think that’s deceptive,” said Lewis, speaking by phone.

She and Owley concluded that Pataki’s environmental justice policy is “symbolic politics to the nth degree”:

Similar can be said about pretty much every state’s environmental justice policies, more or less. The federal executive order also has little enforcement power behind it, and its recent beefing up through Plan EJ 2014 contains language like New York’s, explicitly stating that nothing proposed in it can be legally enforced. But that’s not to say that these policies are totally useless.

New York’s policy has led the state to steer some funding toward environmental justice communities and organizations to help educate people about the harms and risks in their neighborhoods. Small grants from the EPA’s environmental justice office have been historically a hallmark of its work — though the department recently lost one of its most vital grants, the Community Action for a Renewed Environment (CARE) program, thanks to congressional budget squabbling.

There’s also something to be said for state’s having something on paper that recognizes that environmental justice burdens are a real problem, rather than ignoring them and maintaining the status quo. It may not be the iron-clad legislation that’s needed to truly hold companies and policymakers accountable, like what we have through the Clean Water and Clean Air Acts. But it’s better than nothing. As a U.S. Senator, Al Gore worked with Rep. John Lewis to get an environmental justice law in place, but to no avail. Similar legislation has been introduced and passed in New York’s state assembly, only to end up with a tombstone in the state senate.

But most laws start off weak-sauce, only to get strengthened (or further weakened) in future reauthorizations and reconsiderations. There were civil rights laws passed in 1866 and 1875 that did basically nothing in terms of enforcement and accountability until activists pushed for a much stronger bill in 1964. The 1990 amendments to the Clean Air Act bolstered the law that was originally passed in the 1970s. Similarly, the Affordable Care Act we have today is not the universal healthcare program proponents originally sought out, but it improves upon past healthcare laws and policies. So while there is no bulletproof legislation on environmental justice right now, that doesn’t mean these policies can’t serve as building blocks for stronger laws in the future.

Such upgrades will require constant agitation, organizing, and demand from the public. One thing that even Owley and Lewis give environmental justice policies credit for is their capacity for building more meaningful public participation into the policymaking process. And yet, one of the most detrimental effects of symbolic politics is that they could end up dampening the participatory mood by setting the public up for a letdown through flaccid policies.

This can result “in potential long-term negative effects on the engaged involvement of the electorate,” write the study’s authors. “This can be politically damaging because it undermines public trust in political institutions and impairs the ability of citizens to make effective use of their democratic rights.”

That’s where the stakes are highest. The communities that suffer the most environmentally are often the most disenfranchised. They don’t deserve further marginalization set by false hopes.