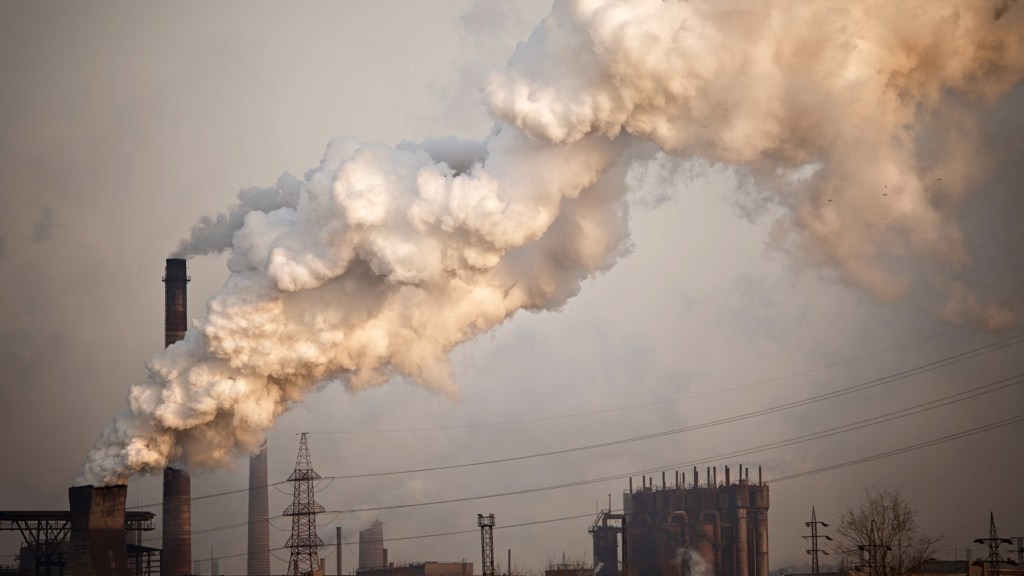 Every year for the past 16, the American Lung Association has released a State of the Air report, ranking the least- and most-polluted cities in the U.S. This year, as you might expect, the report contains bits of good news for us to cling to, but mostly, the state of the air in the United States is pretty dreary. I’ll start with the good:

Over the past year, the U.S. saw an overall reduction of ozone (a.k.a. smog, or noxious gases produced when fossil fuels are burned or certain chemicals evaporate) and particle (exhaust fumes) pollution. The change is partly due to better regulations on power plants and cleaner diesel engines. (Three cheers for tougher pollution standards!)

As far as the national cities rankings go, you’ll find much of the freshest air west of the Mississippi:

Let’s take a moment to celebrate by taking a nice, big breath of slightly-less-soot-and-smog-than-past-years air. Ahh. Feeling sufficiently oxygenated? Good, because here’s the bad news: The report revealed that, despite the overall reduction in air pollutants, an astounding 44 percent of Americans live in areas with dangerous levels of ozone pollution. Yikes.

And health risks are dictated by your physical distance from pollution sources: If you happen to live closer to a major highway (as many poorer populations and some racial and ethnic groups do), you’ve also been handed a higher chance of contracting asthma. But your vulnerability is also affected by your age, health, and socio-economic status.

And then there’s climate change, which makes absolutely everything worse. (As we’ve reported before, the California drought is also an incubator for pollution, as warmer weather creates a literal hotbed for smog and soot.) Here’s Harold P. Wimmer, president and CEO of the American Lung Association, in a special message about the report:

While our report shows steady improvement since our first “State of the Air” 16 years ago, it also shows evidence that the changing climate will make it harder to keep up this trend and protect human health. Bearing the greatest burden will be children with asthma and the elderly, and other vulnerable populations.

With that, I bring you the list of cities where you’re most apt to want a gas mask while out for your morning jog, which are also west of the Mississippi — way west:

Erm. Sorry, Cali. But good news on that front, too! Looks like your air might be a little fresher by 2030.

Correction: An earlier version of this article included a list titled, “Top 5 least ozone-polluted cities,” which included the cities of Bellingham, Wash., Bend-Redmond-Prineville, Ore., Bismark, N.D., Blacksburg-Christiansburg-Radford, Va., and Brownsville-Harlingen-Raymondville, Tex. These cities were actually listed in State of the Air report as an alphabetical list of the least ozone-polluted cities in the country, not the top-ranked cities for cleanest ozone pollution.