We've cleaned up our air, but now climate change is making it dirty again - Grist 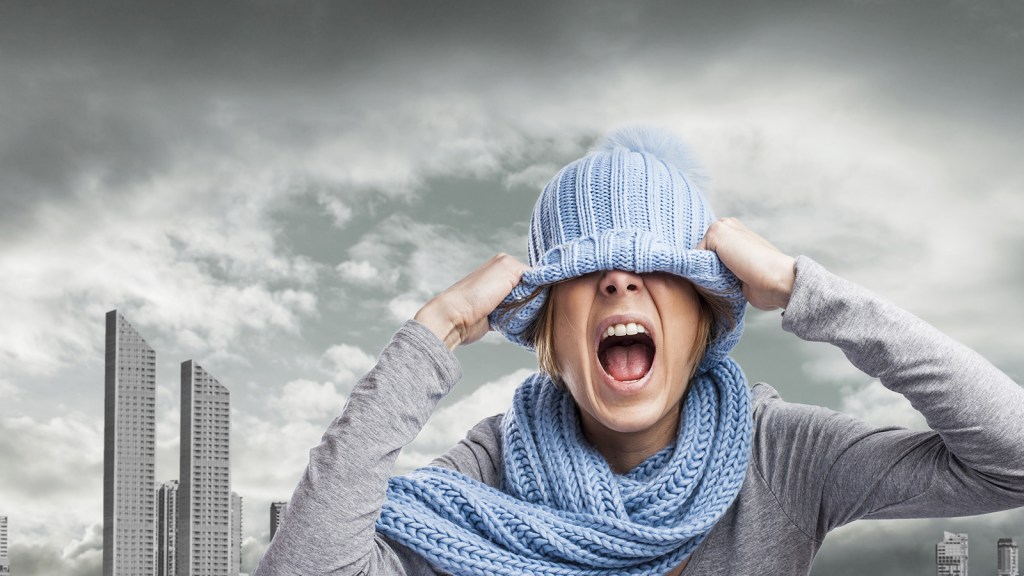 We’ve cleaned up our air, but now climate change is making it dirty again

In many ways, the recent history of America’s air is a success story. Where once our major cities were plagued by dangerous smog, forcing people to stay indoors on bad days, the Clean Air Act of 1970 did just what it was supposed to. It gave the EPA power to clean up emissions from sources such as factories and cars, pushing down levels of the particle pollution that threatens human health.

For the last 15 years, the American Lung Association has put out an annual “State of the Air” report, and it has found continual improvement. “One of the great pleasures has been seeing reduction in particle pollution because of cleaning up diesel exhaust,” says Janice Nolen, assistant vice president for national policy at the American Lung Association, which put out its 2014 State of the Air report last week. “That’s one of the great successes.”

But climate change threatens to undo some of our progress. The reason is ozone, which forms more readily in higher temperatures. Yes, ozone is the same stuff that we want to have up in the ozone layer to prevent excessive sun exposure. But though ozone is good to have absorbing the sun’s rays up in the stratosphere, it isn’t good for us to breathe down at ground level. “Ozone is the most common pollutant in the U.S.,” says Nolan. “It is a lung irritant. It can cause coughing, wheezing, asthma attacks, even premature death. It may have some cardiovascular harm. It can cause low birth weight in infants. We’ve made progress in reducing it, but we’re still far above where the science says it needs to be.”

And while EPA regulations have limited the compounds, like nitrogen oxides, that contribute to ozone formation, global warming may trigger the creation of more ozone pollution. “[Ozone] doesn’t come out of smokestacks and tailpipes, the raw ingredients do,” explains Nolan. “It requires sunlight and heat to make ozone. Warmer temperatures will lead to more ozone formation. Even though we made great strides and reduced emissions, the warmer summer in 2012 led to higher ozone. We had more days, and worse days, of high ozone. One of the risks in climate change is the risk that we’ll have more ozone than we otherwise would.”

This year’s State of the Air report found ozone pollution is on the rise because of warmer temperatures. Of the 25 metro areas with the most ozone pollution, 22 had their ozone problems worsen in recent years. This includes the country’s biggest urban areas, like New York, Los Angeles, and Chicago. The report attributes the trend to summer heat waves in 2010 and 2012.

The American Lung Association is not the only organization warning of such a risk. The federal government’s National Climate Assessment, released Tuesday, cites increasing ozone as a health risk in 19 metropolitan areas in the Southeastern U.S. The NCA cites a 2010 paper in the International Journal of Environmental Research and Public Health that projected climate change would cause an increase of half a part per billion in average ozone concentration during the 2040s compared to 2000. That would lead to 0.01 percent increase in the mortality rate.

Meanwhile, a just-released paper in the Journal of Geophysical Research: Atmospheres also finds that if climate change continues, it will lead to higher average surface ozone levels in most of the U.S.

So no wonder the American Lung Association supports the EPA’s forthcoming regulations of CO2 emissions from coal-fired power plants. It’s not just that CO2 is now considered a pollutant under the Clean Air Act, but also that CO2 leads to an increase in the very pollutants that spurred Congress to write the Clean Air Act in the first place.

And ozone isn’t the only threat to clean air from climate change. As the National Climate Assessment explains, we are already seeing more dust and ash in the air from droughts and fires, and worse allergy seasons and asthma symptoms from increased pollen and ragweed.

Conservatives often say they support clean air and water in their communities, even while they oppose action against climate change. But this new spate of data shows that you cannot be for the former and not the latter.