I consider myself somewhat of an expert on future cities. When I relocated to Seattle just over a month ago, I moved into an “apodment,” which is basically Bruce Willis’ apartment from The Fifth Element, one of the greatest futuristic sci-fi flicks of all time (opinions are my own). Sure, my place doesn’t have the automatic bed-maker or window access to floating restaurants that Bruce’s did, but it’s roughly the same size, and I think that’s enough for me to maintain the delusion.

So I was stoked to hear about a new exhibit at London’s Royal Institute of British Architects that shows historical depictions of future cities from as far back as 1900. The images are part of an analysis of how our visions of future cities have changed over time and what that means for our actual future cities over the next 50 years. The U.K.’s Government Office of Science commissioned the report as part of its Future of Cities project.

The researchers looked at more than 80 future cities concepts, classifying them into six categories, including “layered” cities that contain multiple physical levels and “informal” cities that cater to nomadic lifestyles. They then analyzed the popularity of these categories over time and, fortunately for the planet, found a recent surge in “ecological” cities that prioritize sustainability:

The Ecological City paradigm evidences increasing concern about the longevity of the city, adaptability to climate change, resource management and resilience of changing social dynamics and populations.

They also found a shift toward “hybrid” or “smart” cities that integrate physical and digital infrastructure.

I guess that means I’m ahead of the curve here in the Emerald City, where we have one of the greenest office buildings in the world and a fancy climate action plan. All I have to do is connect my micro-studio to the Internet of Things, and I’ll be ready for the future!

Here’s a taste of the exhibit: 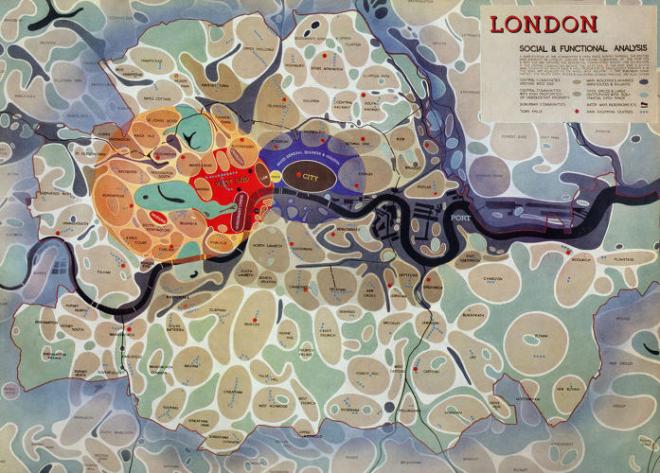 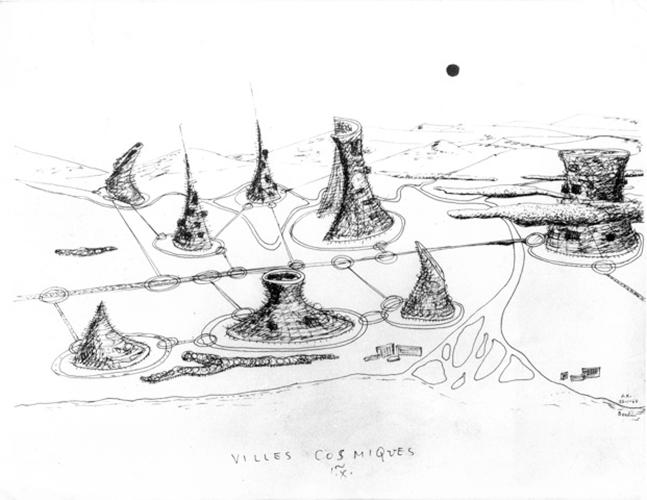 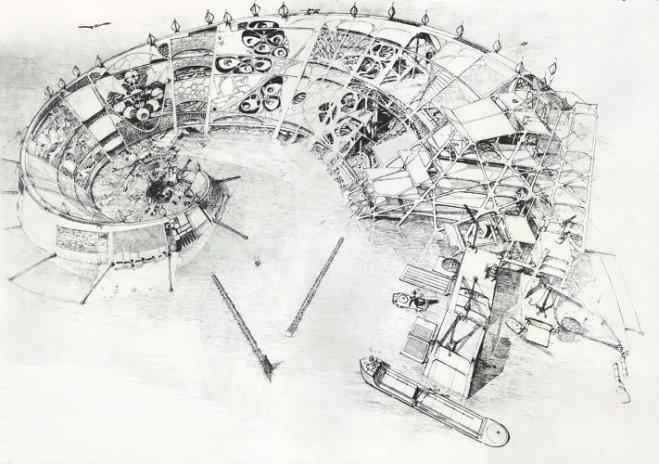 Autopia Ampere (1978): Using a technology called Biorock that grows and repairs coral, this city would grow from the sea.Newton Fallis 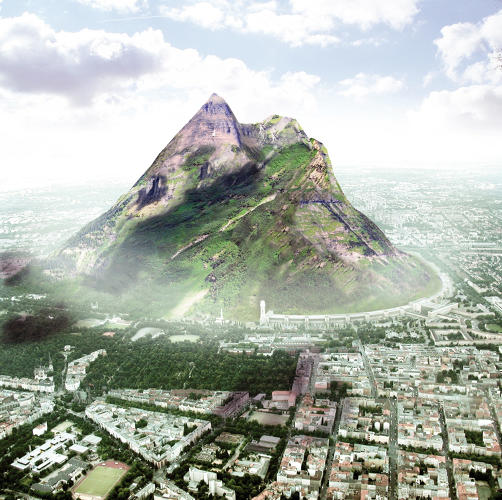 The Berg, Berlin (2009): Replacing the skyscraper as the city’s identity, this 1,000-meter human-made mountain would tower over Berlin. Mila / Jakob Tigges 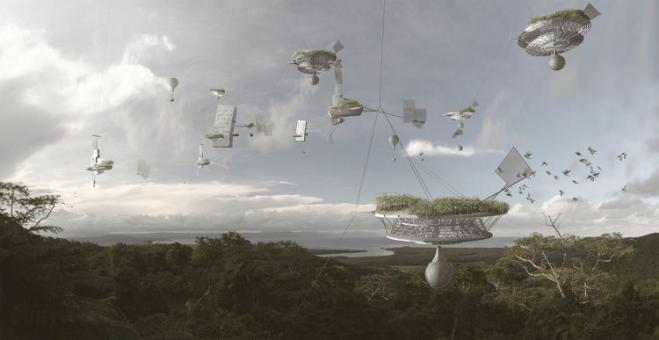 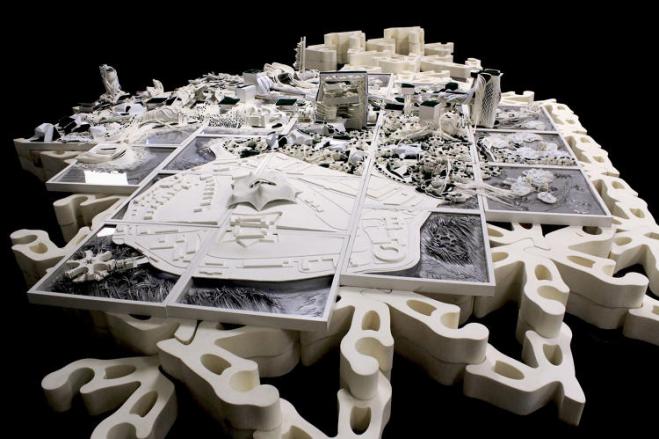 Red Hook Brooklyn and Governor’s Island (2010): A nonprofit group of “urbaneers” built this model of a sustainable Brooklyn. Terraform 1 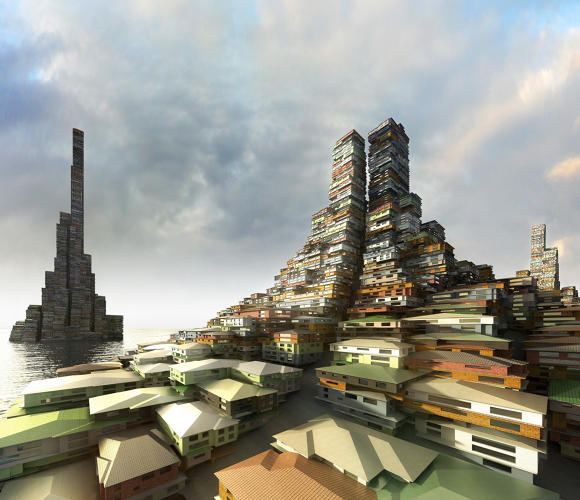 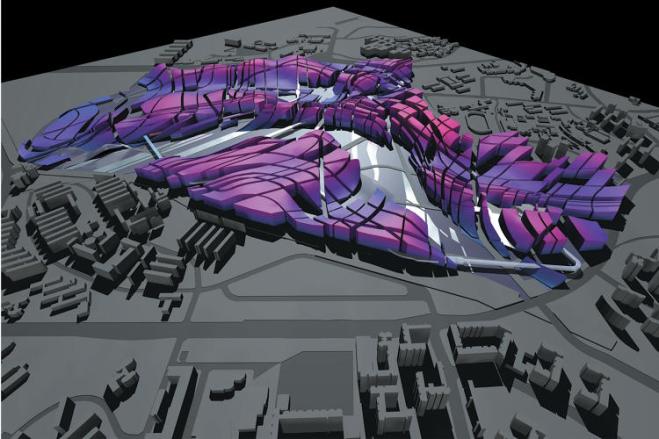