What kind of a U.N. envoy will Mike Bloomberg be? 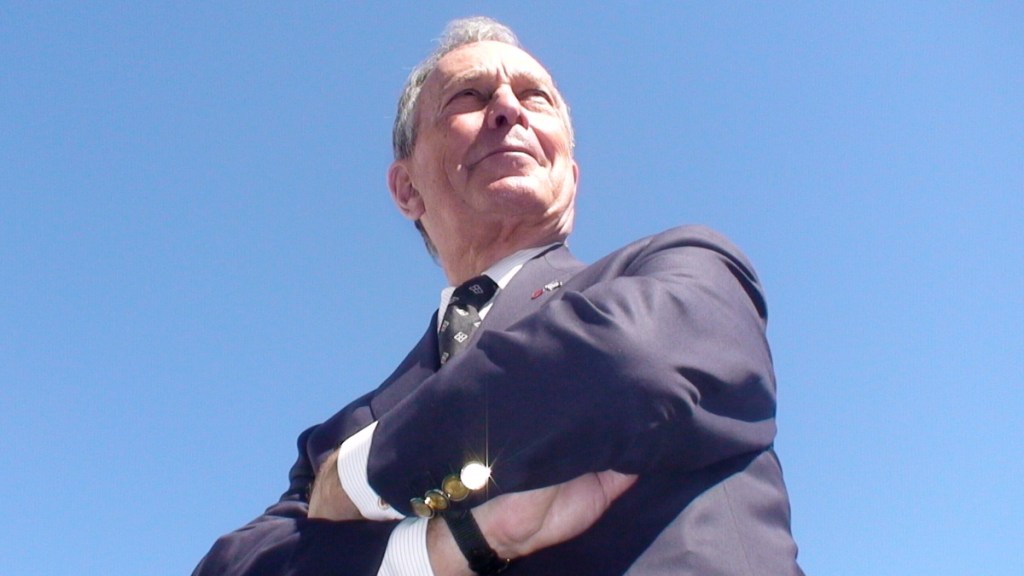 What kind of a U.N. envoy will Mike Bloomberg be?

Although former New York City Mayor Mike Bloomberg is often called a centrist, in his case the term obscures more than it illuminates. Bloomberg is actually an ideological mishmash. On some issues he is somewhat conservative: security and policing, business and inequality. On others he is unabashedly liberal: gay rights, gun control, immigration, transportation, and climate change.

In every case, Bloomberg would argue that he is merely pragmatically pursuing the greater good, instead of ideology. In some cases — the rights of protesters versus Bloomberg’s heavy-handed policing — his definition of the public good is simply guided by his own ideology. In others, though — most notably transportation and climate change — Bloomberg adopted his progressive policies after years in City Hall demonstrated their wisdom to him. Mike Bloomberg didn’t run for mayor because he wanted to reduce greenhouse gas emissions and build bike lanes — but that will be his legacy.

And so it is fitting that, on Friday, U.N. Secretary-General Ban Ki-moon named Bloomberg special envoy for cities and climate change. Reuters reports, “Ban said Bloomberg will assist him in ‘consultations with mayors and related key stakeholders, in order to raise political will and mobilize action among cities as part of his long-term strategy to advance efforts on climate change.’”

Bloomberg will be a good messenger in proposing strategies for urban sustainability around the world. He is admired in international urban policy circles. His policy successes — 311, record low crime, alternative transportation innovations, waterfront redevelopment — are globally renowned. The more polarizing aspects of his record — overturning term limits, buying reelection with his massive personal fortune, police harassment of minority youth, and a propensity for callous statements — are less widely known outside the city.

His non-ideological self-image is shared by all but his closest New York observers. Bloomberg can make the case for aggressive policies to prevent and mitigate climate change to a social democrat one day and a free market conservative the next. Everyone will listen, and take his opinions seriously.

In the second half of his 12-year tenure, Bloomberg adopted a series of inexpensive, but collectively valuable, green policy solutions. He committed the city to plant a million trees by 2030, “greening” hundreds of schoolyards, and creating public pedestrian plazas. He also, more controversially, started building a lot of bike lanes. If you’ve ever been to a major city in Asia or Latin America, you can easily imagine how much the quality of life — as well as CO2 emissions — would benefit from these policies. Many of the developing world’s low-lying cities would also benefit from a comprehensive plan to orient their infrastructure against rising sea levels, like the one New York drafted under Bloomberg after Hurricane Sandy.

Bloomberg has been looking for ways to influence the world at large since before he left office. He helped found and lead the C40 Cities Climate Leadership Group, an international group of mayors dedicated to combatting climate change created in 2005. He still serves as president of its board.

New York’s new mayor, Bill de Blasio, is commonly referred to as the progressive anti-Bloomberg, the liberal electorate’s reaction to the mayor from Wall Street. On environmental issues, though, de Blasio has praised Bloomberg’s record. The only question for most environmental and complete-streets advocates is whether de Blasio will keep pursuing Bloomberg’s agenda.

De Blasio’s election does point to the one weakness in Bloomberg’s qualifications for an urban sustainability czarship: economic inequality. De Blasio rode his critique of the inequities of the Bloomberg years to victory, and for good reason. A truly sustainable city is not just one with bike lanes and street trees that please young professionals and limit CO2 emissions and particulate pollution. Cities, including their transit-accessible neighborhoods, must also be affordable to the poor and middle class.

A handful of rich people in an expensive but walkable urban oasis is not a sustainable future. On this issue, Bloomberg has often had a blind spot. Hopefully he learned something from the last election, even though he wasn’t on the ballot.