For many Americans, 2014 will be remembered for its multiple blasts of Arctic air and bitter winters. And this week, another bout of freezing temperatures is marching east across the country, in the first major thermometer plunge of the season.

But as cold as you may have been last year, it’s now official that 2014 was actually the hottest year globally since record-keeping began. So confirmed the Japan Meteorological Agency in preliminary data released Monday. 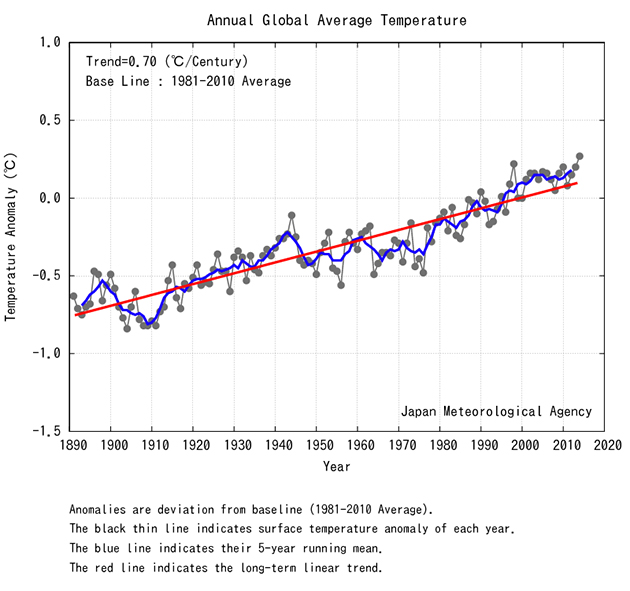 The Japanese government agency monitors and records the long-term change of the global average surface temperatures and found that 2014 was far warmer than previous years. How much warmer? 2014 exceeded the 1981-2010 temperature average by 0.27 degrees C (or 0.49 degrees F). There was unusually warm weather all around the world, from a record-breaking heat wave in Australia to the hottest European summer in 500 years.

The data shows that four out of the five hottest years on record have occurred in the last decade: In second place is 1998, then 2010 and 2013 tied for third, and 2005 in fifth place. The new numbers reveal that the world has been warming at an average rate of 0.7 degrees C (or 1.26 degrees F) per century since records began.

Two U.S. government agencies, NOAA and NASA, are expected to confirm the results of the Japanese observations in the coming weeks.