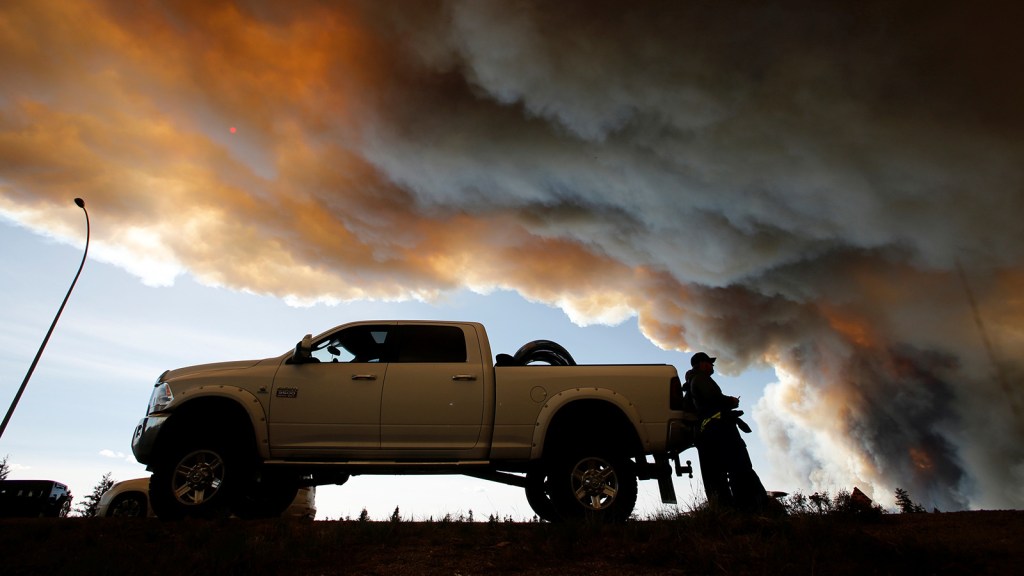 Two weeks after it began, the Fort McMurray wildfire is continuing to burn out of control. On Monday, winds shifted and sent the fire in the direction of oil sands facilities.

As many as 8,000 of the oil workers who’d been working to restart oil production were evacuated after the wildfire — which the media has nicknamed “the Beast” — jumped a critical firebreak late on Monday, moving at a rate of more than 100 feet per minute. The evacuations will prolong a shutdown of oil sands operations, which is costing about 1 million barrels of crude oil per day.

Initial reports of the Fort McMurray wildfire speculated that the blaze could continue for months. Now it’s looking like those speculations may come true. Meanwhile, a second, smaller blaze in the province prompted more mandatory evacuations, including a gas facility, northwest of the city of Edmonton.

And the fire season is just getting started.