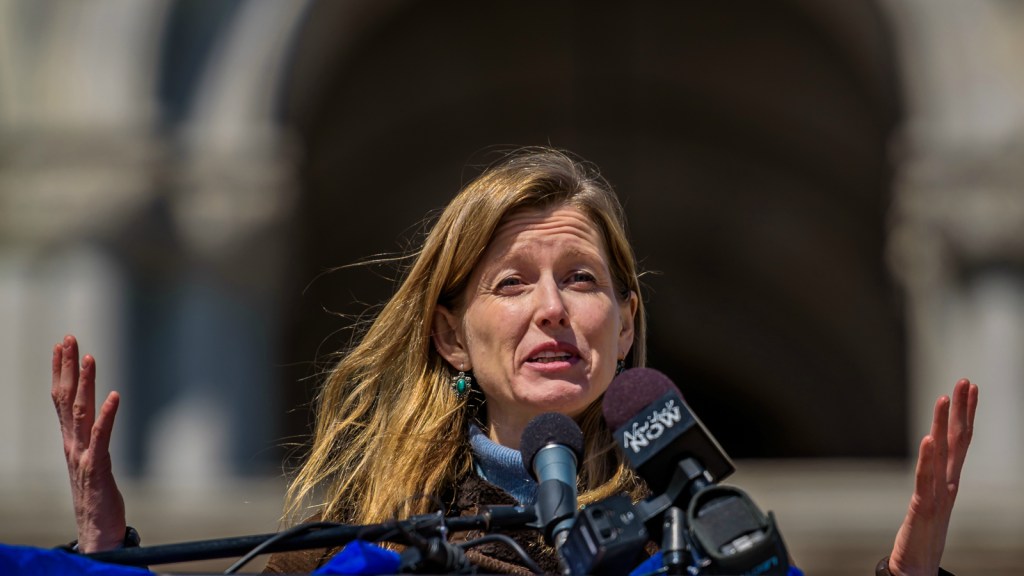 Karenna Gore, eldest daughter of Al Gore, was among 23 activists arrested in Boston on Wednesday while protesting construction of a natural gas pipeline. The nonviolent demonstration, organized by the group Resist the Pipeline, also included more than a dozen faith leaders and longtime activist Tim deChristopher.

“We were arrested because the laws and policies regarding climate change are so out of step with what is required to meet this challenge,” Karenna Gore, director of the Center for Earth Ethics at Union Theological Seminary, told Democracy Now’s Amy Goodman.

The pipeline, being built by Spectra Energy, would move fracked gas through the West Roxbury neighborhood of Boston, prompting concern both about resident safety in the densely populated area and about the global impact of burning natural gas. Protesters lay down in and alongside the pipeline trench, saying they wanted to draw attention to the fact that Pakistan dug mass graves in May in anticipation of summer heat waves.

Now lots of young people are blocking fossil fuel projects — including his own daughter.