Smokey was wrong. You can't prevent wildfires, and you shouldn't try. 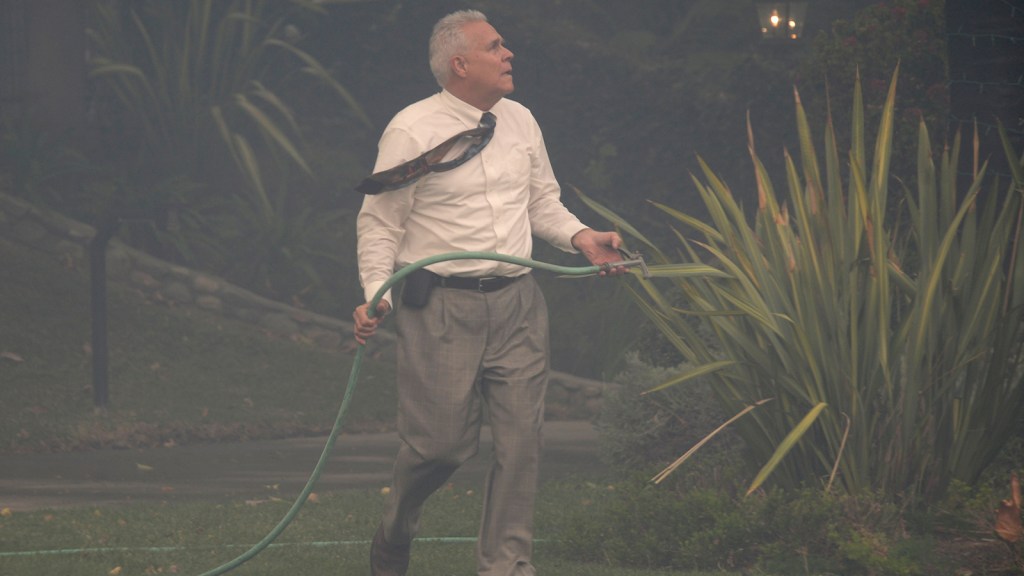 Smokey was wrong. You can’t prevent wildfires, and you shouldn’t try.

Richard Minnich, a professor of science at University of California at Riverside, likes to play a word game that sums up how confused the general public is about wildfires. It starts with a well-known slogan.

It’s a lighthearted way of driving home a serious point: There’s no force of nature that we assume we can prevent besides wildfires. Yet we have no more control over wildfires than we do over earthquakes or tornadoes.

Minnich is a fire ecologist, studying the relationship between wildfires and the environment. To a fire ecologist, wildfires are simply a natural process of decomposition. They’re bound to happen in a Southern California landscape covered in highly flammable sagebrush and chaparral shrubs. They’ve been going on for half a billion years, and no engine company is going to put a permanent end to them.

To Minnich, it makes little sense to sink millions into suppressing and fighting the inevitable. It only makes fires more dangerous. His research revealed that, until the early 1900s, fires in Southern California were less frequent, relatively small, and slow-burning.

I recently caught up with Minnich to talk fires, fire suppression, whether climate change is fueling the recent Southern California fires (his answer may surprise you), and why Mexico’s fire policy is better than ours. Here’s an edited and condensed version of our conversation:

Q.We used to let small fires burn for months on end. Was there any advantage to doing that?

Fire suppression is very efficient in putting out fire at the ignition phase: 99 percent of fires are put out when they’re still an acre or less. Firefighters do that by the thousands per month — that’s tens of thousands of events over a century. But by putting out a fire in the short term, you get a long-term effect. It’s easy to put them out in regular weather, but harder in severe weather, like heat waves or high winds. Severe weather in areas where there’s been previous small fire suppression makes fires explode to a few hundred acres in a matter of minutes. Fires spread at higher rates and they’re larger because we’re allowing fewer fires. We’re burning the whole landscape in the region.

Q.Some people insist on living closer to nature and build mountain homes in these natural powder kegs. Can you name some communities where people should just move out?

A.Lake Arrowhead is a disaster in the making — the forest there hasn’t burned since 1879, and boy, when it has its day in court, it’s not going to be pretty. Wrightwood, the Santa Monica Mountains, Topanga, Idyllwild, that town on top of Mount Palomar, the backside of the San Gabriels like Acton — there are lots of places throughout Southern California.

I find the decision to put your hard-earned dollars into a house that’s in a carpet bomb of brush to be bordering on insanity — because you know there’s going to be a fire coming someday. And then these people expect to be protected. The insurance companies get involved, and those companies take a hit when a fire goes through hundreds of homes, and it’s everyone else living in safe places who has to pay higher premiums for the irresponsible behavior and decisions of people who put their houses in the middle of nature.

Nature here is explosive. It’s never been safe, and it never will be, and yet they seem to think they have a God-given right to protection from the fire department. You think you’re protected because there’s a fire station down the road? No, you’re not. You’re in the middle of a brush field and the cause of fire is that brush field. If you have a house that’s in a matrix of brush, you’re basically living in a lake of gasoline.

Q.How much does climate change-fueled drought influence these fires?

A.Not a lot — it tends to be random. What’s more important is the patch structure of the chaparral shrub that dictates the fire history, not the weather and climate. We’re fighting a hell of a lot of mythology here.

Q.That’s fascinating, since there’s an assumption that climate change is what’s causing fires in Southern California.

It does make the fire season longer, that’s for sure. But it won’t tell you anything about where the fires will take place, because they’re mostly going to take place in old-growth chaparral. It’s easier to trigger a fire with fuel from the old stands.

Where climate change does correlate is the grasslands in the valley, where you’ve got oaks and walnuts, and grass under them, and places with grass-covered hills. But it’s the opposite of what you would expect; climate change can even be a benefit here, I guess.  If there’s drought, less grass grows and what does grow will break down. If it’s a wet year, the grass grows more, so there’s more fuel and therefore more fires in the grasslands.

Q.So Southern California is not doing it right, but I know you have a model, an ideal world that lives with fire.

A.I do have an ideal model, and it’s called Baja California, Mexico. They don’t put fires out. It’s been free-burning until very recently, and up to that point, they had lots of burns in small size, and you get about two fire events per century in a given area. But the fires burn so slowly, and that can actually protect structures. And because they’re not suppressing the slow-burning fires, they don’t lose structures. But we do: We’ve had 10,000 homes burn in the previous decade in Southern California. It’s ecologically devastating, too — the chaparral is fine, but the forests here are going down the tubes. My ideal world is slow-burning fires, because they won’t threaten people. Don’t put them out.

And back to your question about climate change: Everyone wants to attribute these fires to global warming. How can you assume that it’s global warming when the fuel built up under fire suppression over the previous century? And secondly, while we get fires that are up to 300,000 acres, they’re never that large in Mexico. How can it be that it’s global warming when on one side of the border they’re large, and on the other side of the border they’re small? Climate change doesn’t respect international boundaries; fire management is what makes the difference.