Another day, another river ruined by a big coal-industry spill 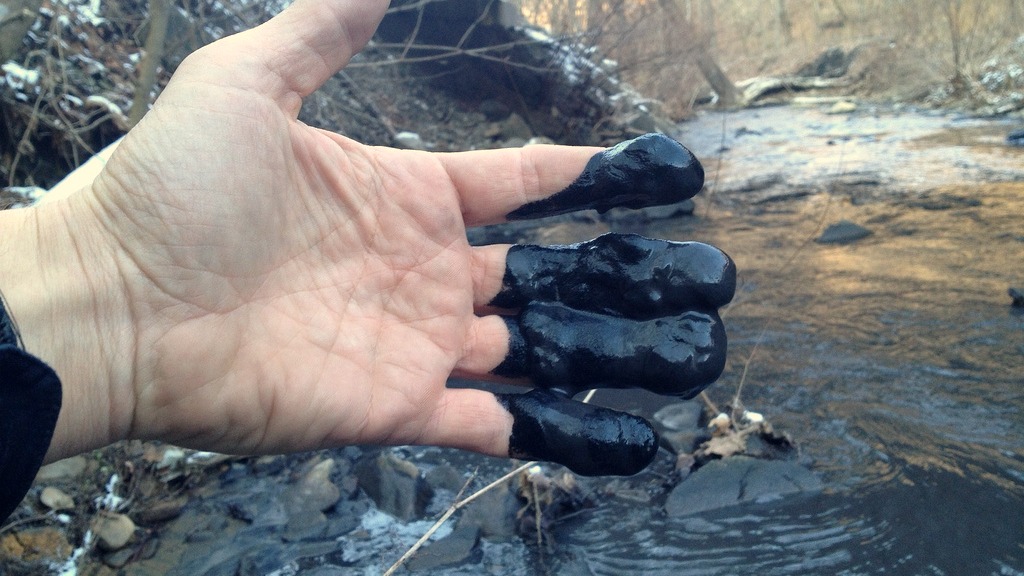 Another day, another river ruined by a big coal-industry spill

The coal power industry has dumped a lot of toxic crap into yet another river. This latest incident is not to be confused with the spill of toxic coal-cleaning chemicals that poisoned a West Virginia river last month and left 300,000 people without drinking water. Nor is it to be confused with a huge coal-ash spill from a retired power plant in North Carolina earlier this month.

No, this is a whole new spill.

Patriot Coal accidentally let more than 100,000 gallons of coal slurry loose from a coal processing facility in West Virginia. Six miles of Fields Creek, which flows into the Kanawha River, was blackened by the slurry spill. The slurry contained fine particles of processed coal, which includes heavy metals, and coal-cleaning chemicals.

“When this much coal slurry goes into the stream, it wipes the stream out,” said Randy Huffman, head of the West Virginia Department of Environmental Protection (DEP). “This has had significant, adverse environmental impact to Fields Creek and an unknown amount of impact to the Kanawha River.” But officials say drinking water has not been affected, at least not yet.

The nonprofit Appalachian Voices has conducted tests of the affected area: “The water in the creek was extremely turbid and was a dark grey, almost black color. Significant sediment had already built up on the banks,” the group reports.

The Charleston Gazette has the disturbing tale of what went wrong this time:

The spill was caused by a malfunction of a valve inside the slurry line, carrying material from the preparation plant to a separate disposal site … according to DEP officials.

There was an alarm system in place to alert facility operators of the broken valve, but the alarm failed, so pumps continued to send the toxic slurry through the system. There was a secondary containment wall around the valve, but with the pumps continuing to send slurry to the broken valve, it was soon overwhelmed and the slurry overflowed the wall and made its way to the creek. …

“Had the alarms gone off and warned the operator that the pipe was leaking, the shutdown could have been done in time for the secondary containment to contain the material that leaked,” Huffman said.

Neighbors of Patriot Coal’s processing facility in Kanawha County have been seeing a lot of coal slurry in recent years. Smaller such spills occurred from the same Kanawha Eagle facility in November of 2013, leading to a $663 fine, and in 2010, which resulted in a $22,400 fine.

The recent rash of river-spoiling accidents is awful, but, hey, at least the companies that are ruining our environment have all-American names — like Patriot Coal and Freedom Industries.

Here’s video of the latest spill from Appalachian Voices: