Antarctica is melting and shows no sign of slowing down 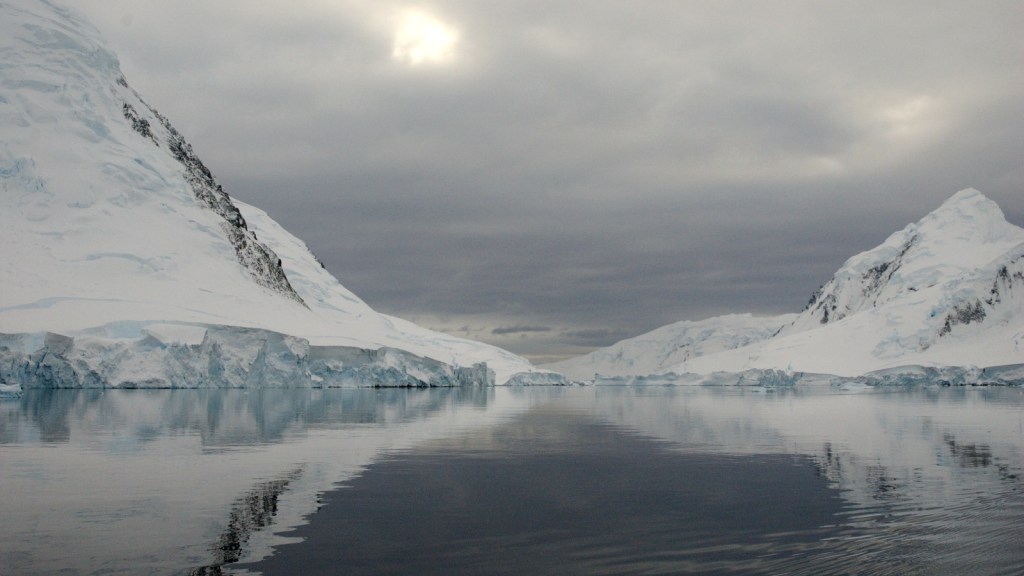 Antarctica is melting and shows no sign of slowing down

Over the past few years, the evidence has piled up that glaciers in parts of Antarctica have been melting and retreating at an increasingly worrying — and potentially unstoppable — pace.

Now, new research shows that glaciers in a region of West Antarctica that has received relatively little attention to date have lost a considerable amount of ice. And that ice melt and retreat has been going on for decades, longer than previously thought.

The findings, detailed in the journal Geophysical Research Letters, have implications for understanding the potential sea-level rise that the vast icy expanse of Antarctica could unleash as the Earth’s temperature continues to rise.

“I think this study just underscores that West Antarctica, in general, is not only exceptionally vulnerable to retreat triggered by ocean melting at the coastline, but that it is happening now and it is showing no sign of slowing down,” study coauthor Robert Bingham of the University of Edinburgh said in an email. “This whole process is pretty pervasive.”

Since satellites first began looking down on Antarctica in the 1990s, polar scientists have noticed rapid changes in the ice of West Antarctica, particularly along its coastlines. It is here that the massive glaciers — essentially rivers of ice — that flow from the continent’s interior meet the sea and the ice begins to float.

Warm ocean water is circulating under these ice shelves, eating away at them and causing them to thin, as well as pushing back the grounding line, or the point where land-bound ice begins to float. As the grounding line retreats, it exposes thicker and thicker portions of the glacier, increasing its flow.

Several major ice shelves have collapsed in the last two decades, and the speeds of several crucial glaciers, such as Pine Island Glacier, have accelerated. Recent studies suggest some have even reached a point of no return.

All told, the West Antarctic Ice Sheet contains enough ice to add 10 to 13 feet to global sea-level rise were it all to melt; even an incomplete melt would imperil low-lying coastal areas around the planet. One sector, the Amundsen Sea Embayment, contains several of the most worrisome glaciers. It alone currently accounts for about 10 percent of sea-level rise.

But close behind it is a neighboring area, called the Bellingshausen Sea or the South Antarctica Peninsula. It accounts for about one-third of the ice loss from the entire West Antarctic Ice Sheet (the Amundsen accounts for nearly half), and a study last year showed its glaciers have sped up considerably since 2009. But it has been relatively little studied, especially compared to the more attention-grabbing parts of the Amundsen.

During a 2009-2010 field mission, Bingham looked to shed more light on the region by scanning the ground below one of the fastest-moving Bellingshausen glaciers, the Ferrigno Ice Stream. He found a huge canyon underneath that is likely funneling warm ocean water under the ice.

“This only served to highlight to me that there is so much about the Bellingshausen Sea sector of West Antarctica that has gone unmonitored while most of the world’s eyes (glaciologically speaking) were looking beyond to Pine Island Glacier,” Bingham said.

To get a better picture of the overall ice loss in the area, Bingham and his Ph.D. student, Frazer Christie, analyzed hundreds of satellite images of the area going back to 1975 and tracked the position of the grounding line along 1,240 miles of coast.

They found that 65 percent of the coastline had seen grounding line retreat since 1990, while only 7 percent had seen an advance. The total amount of ice lost over the last 40 years is about 390 square miles, an area about the size of Dallas.

The results “show that this whole coastline has been in a state of retreat since records began in the early 1970s,” Bingham said. That contrasts with previous thinking that only certain glaciers, like the Ferrigno Ice Stream, were seeing significant ice loss while the rest were fairly stable.

“The study illustrates that Antarctica is not immune to changes and that some of what we are seeing today started decades ago,” Eric Rignot, a NASA glaciologist who was not involved with the work, said in an email.

One notable oddity was the Venable Ice Shelf, which has thinned, but hasn’t retreated much. The researchers think it is pinned to a ridge on the seafloor that is keeping it stable for now. Scientists think the same was true of Pine Island Glacier — for a while.

Exactly what the pervasive ice loss in the Bellingshausen Sea area means for future global sea-level rise isn’t entirely clear, in part because of the paucity of data from the area. Bingham says that researchers need a better idea of the topography underlying the ice so they can better model how it will change in the future.

“The Bellingshausen Sea region of West Antarctica stands as one of the least surveyed regions of ice and ocean on the planet,” he said.

Also needed is a clearer picture of ocean circulation there and in the entire West Antarctic region.

“The Antarctic Peninsula certainly does not receive as much attention as it should,” Rignot said. “I would recommend more work in this area, which is illustrative of what will happen farther south as climate gets warmer.”