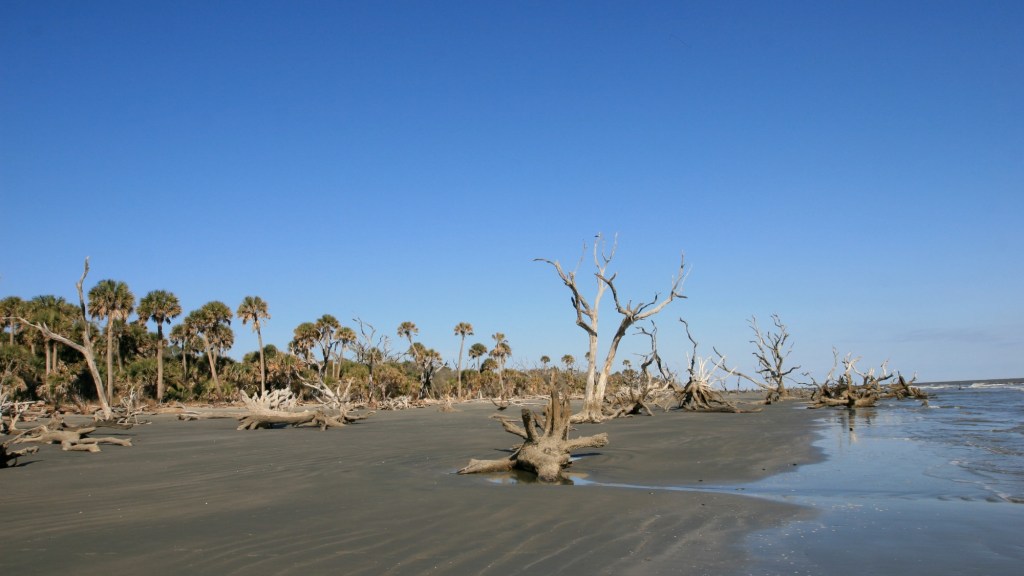 About 1,200 acres of land have disappeared from Bulls Island and three nearby islands along the South Carolina coast since the 1990s — lost to rising seas and the eroding effects of powerful storms.

The erosion problems at the barrier islands, which are part of Cape Romain National Wildlife Refuge, are so severe that U.S. Interior Department secretary Sally Jewell visited them last week.

The State reports that the land’s vanishing act is harming wildlife populations:

Islands in the 66,000-acre Cape Romain refuge provide important nesting habitat for loggerhead sea turtles, federally protected reptiles that deposit their eggs in sand dunes for protection. But many of the dunes are washing away. …

Raye Nilius, a Fish and Wildlife Service biologist and Cape Romain project leader, said some birds that nest on Cape Romain’s islands also face threats from the encroaching ocean. As islands dwindle in size, birds that lay nests on top of the beach have fewer places for their young to hatch.

Least terns, black skimmers, and eastern brown pelicans are some of the birds of particular concern because of nesting habitat loss, Nilius said.

“We used to have huge numbers of eastern pelicans on some of those islands,” Nilius said, noting that at one spot, “They’re all gone now. Their habitat has been diminished in size.”

It’s not just chunks of land that are disappearing: Entire features of the landscape — like the spit known as Sandy Point — are entirely vanishing. A sign used to warn visitors not to bring their pets onto Sandy Point; now it juts ominously out of the water.