Big Oil is all over the place on climate change 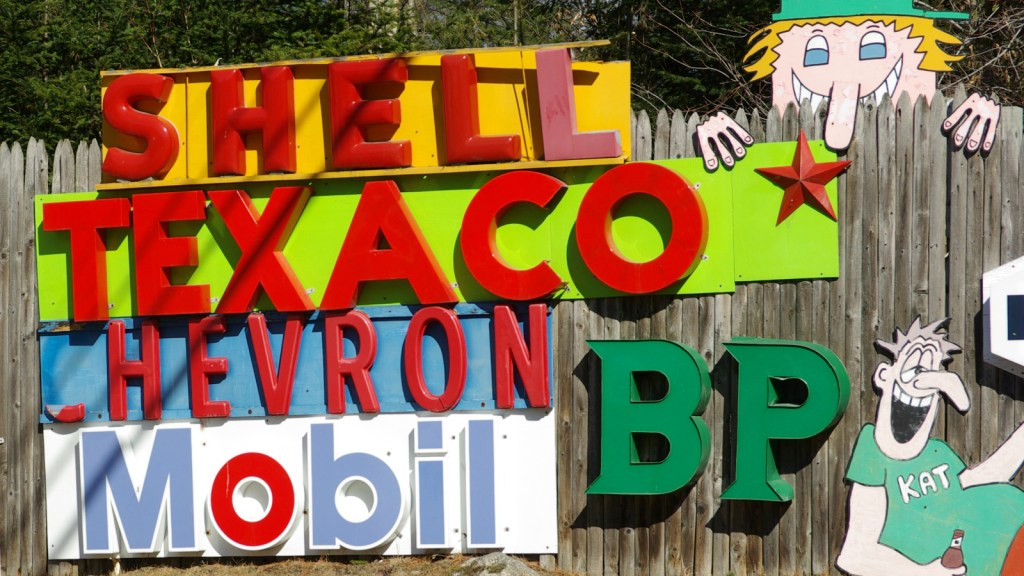 Big Oil is all over the place on climate change

Major oil companies are anything but consistent on the biggest challenge of our time.

ExxonMobil: At Exxon’s annual shareholders’ meeting in Dallas on Wednesday, CEO Rex Tillerson said the company takes climate change seriously, but he also said that ending oil production is “not acceptable to humanity.”

More tellingly, he led the company’s staunch opposition to shareholder resolutions that would have required it to start acknowledging and mitigating its climate impact — for example, by putting out an annual report on how its business could be affected by climate policies, and by committing to the goal of keeping global temperature rise below 2 degrees Celsius. When it came time for voting, shareholders rejected eight of nine resolutions backed by climate activists.

Chevron: Ahead of Chevron’s shareholder meeting in San Ramon, Calif., this week, CEO John Walton argued that climate change could actually be a good thing for his company’s bottom line by prompting a shift from coal to natural gas. Besides, said Walton, it’s not government regulations that will solve climate change, it’s a major technology breakthrough. As for what that technology breakthrough might be, well, maybe Walton has been tinkering around in his garage.

Chevron’s shareholders also rejected a number of climate-friendly resolutions at their meeting.

ConocoPhillips: Earlier this month, shareholders at Houston-based Conoco rejected a proposed resolution that would have required the company to be more transparent about its political lobbying, particularly as it relates to climate change.

And this week, Conoco CEO Ryan Lance had some stuff to say about climate change, though we have no idea what he meant: “What I say is, whether you believe or you don’t believe in climate change, the issues are here and they’re here today.”

Total: Across the Atlantic Ocean, the French oil company Total is taking quite a different approach. It has issued a new report on integrating climate change into its strategy, which notes that because of the below-2-degrees goal, “a part of the world’s fossil fuel resources cannot be developed.” With that in mind, Total says it scaled back its involvement in Canada’s tar sands and decided not to drill in the Arctic ice pack.

BP: Britain-based BP looks a little more like Total than like the American oil giants. At last year’s shareholder meeting, company chair Carl-Henric Svanberg devoted most of his opening speech to climate change and committed the company to increased transparency on climate-related issues. At this year’s meeting, however, shareholders accused the company of failing to live up to its promises.

Shell: Netherlands-based Royal Dutch Shell is also adopting some nice resolutions but not making a wholesale shift. At its annual meeting last year, shareholders voted for investments in renewable energy and a ban on corporate bonuses for activities that damage the climate, as well as a mandatory report on whether the company’s activities are compatible with the below-2-degrees goal.

But this week, Shell CEO Ben van Beurden said the company would be harmed if it switched too quickly to the renewable energy business, and Shell shareholders rejected a resolution that called for such a switch.

Still, though lots of activist-backed climate resolutions have been rejected this year, they’ve gotten more support than in the past, which will encourage activist shareholders to press ahead with their campaigns. “There’s a groundswell of share owners who are going to keep pushing this forward,” said Beth Richtman, investment manager at the California Public Employees’ Retirement System, a major pension fund. “We need to see them rise to the realm of best practices in terms of climate risk reporting, and we’re not there yet.”

No, we certainly aren’t.